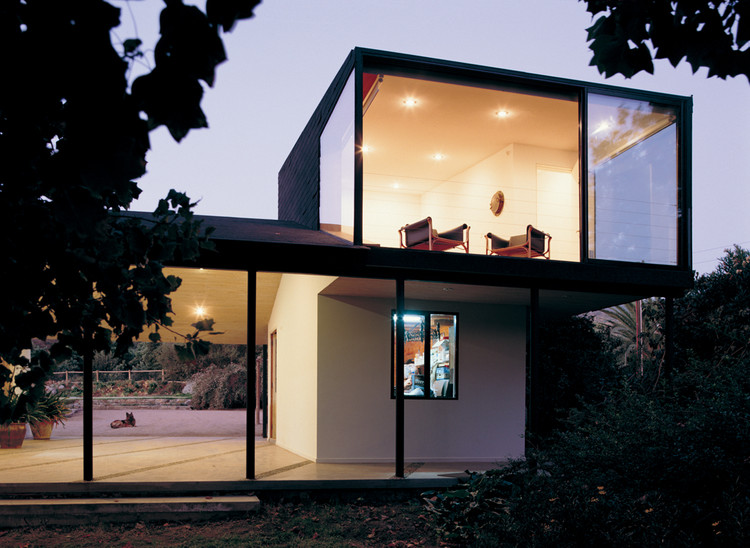 Text description provided by the architects. The expansion and renovation project of the countryside house is located on the road to Cuesta Lo Prado, on Curacavi city (Metropolitan Region).

Requirement was to expand the house adding 3 bedrooms and a sala but keeping the existing geometry intact.

The objective of the project was to reuse and emphazise some elements of the Chilean houses of the early 20th century present in the pre-existing building like patios, galleries and open corridors.

The house had an "L" shape layout housing a sequence of bedrooms with a gallery on the east side and a open corridor on the west. This 2 circulations were used and extended to the north so as to integrate all with a second "L"where the new bedrooms and sala were included, connecting the old part with the new one with a threshold.

With this operation, the gallery took the place of the core circulation connecting all the areas but also as place to stay because of its width and orientation to the morning sun and the hills. On the other side, the corridor was extended to the garden overlooking the valley and protected from the heat during summer days. The bedrooms and the sala surround a patio that being enclosed becomes an inner court as an extension of the sala.

Once the gates that contain the space are opened, the garden blends with the geography of the hill, bringing it into the project.

The configuration of the house allowed working with open corridors, galleries and patios and to give it a fresh look contemporary materials were used like glass, steel, wood and concrete.

The sofits disappeared and special constructive details were used on the joints between the windows and the roof taking advantage of the lightness of the materials. 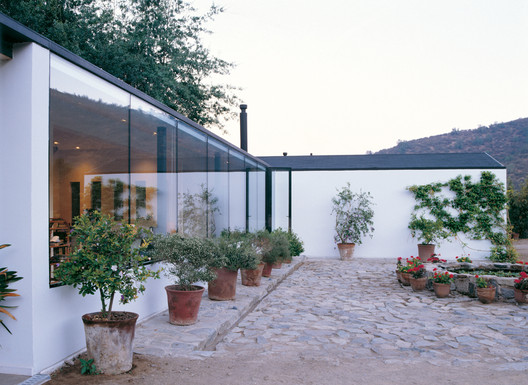