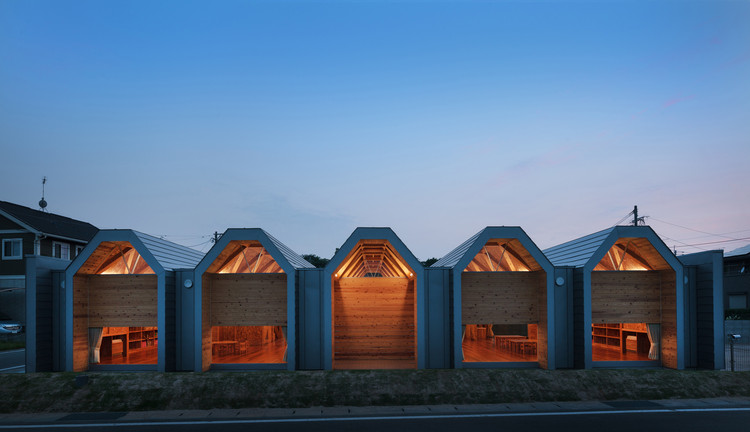 One room (9m span) childcare room
The nursery school built in Dazaifu, a city located near Fukuoka city, had to be extended for two classes in order to increase the accommodation of children. Considering the nationwide decline of birthrates, the number of accommodating children may decrease in the near future. I decided to constitute this building as one room space (9m span) which does not have a pillar inside of building, which becomes very useful for conversions to various uses (playroom etc.).

Folded plate-like roof structure
Non-pillar space is achieved by applying a wooden truss beam to the roof structure which  shapes like a folded plate. All bearing walls supporting the structure are arranged in the perimeter of the building. Now this building is divided into two childcare rooms, toilets, etc., but it is possible to convert to a big one room in the future.

High cost performance wooden space
Every structure of the building is expressed as interior design (abbreviation of a ceiling and wall material) and the wooden truss beam was leaned aslant, which is used as a roof ground (abbreviation of a roof ground timber). This is realized to meet the client’s request "the childcare space surrounded by wood" and to cut down the construction cost.

Moreover, by lowering the ceiling height, timber length was shortened and air-conditioning volume was also reduced. Although there is only about 2.2m ceiling height in the lowest space, even an adult would not feel oppressed due to the effect of uneven ceiling geometry and a trapezoidal window. 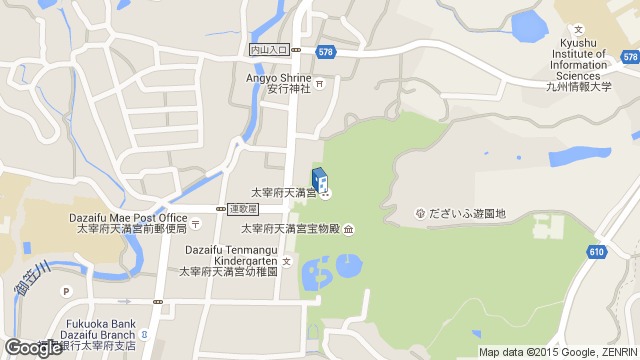 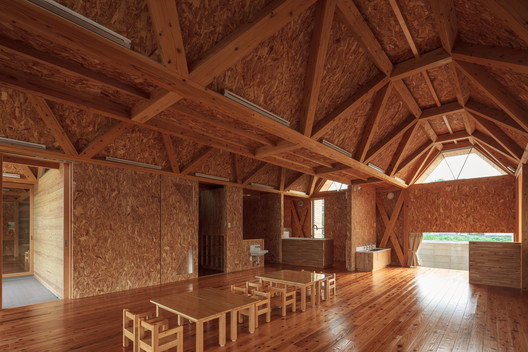 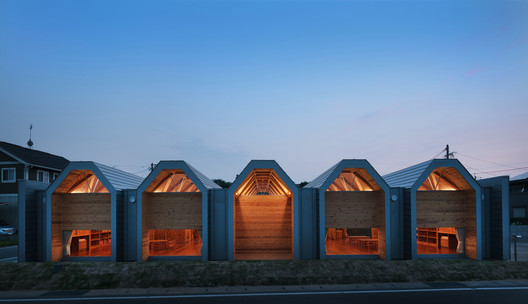