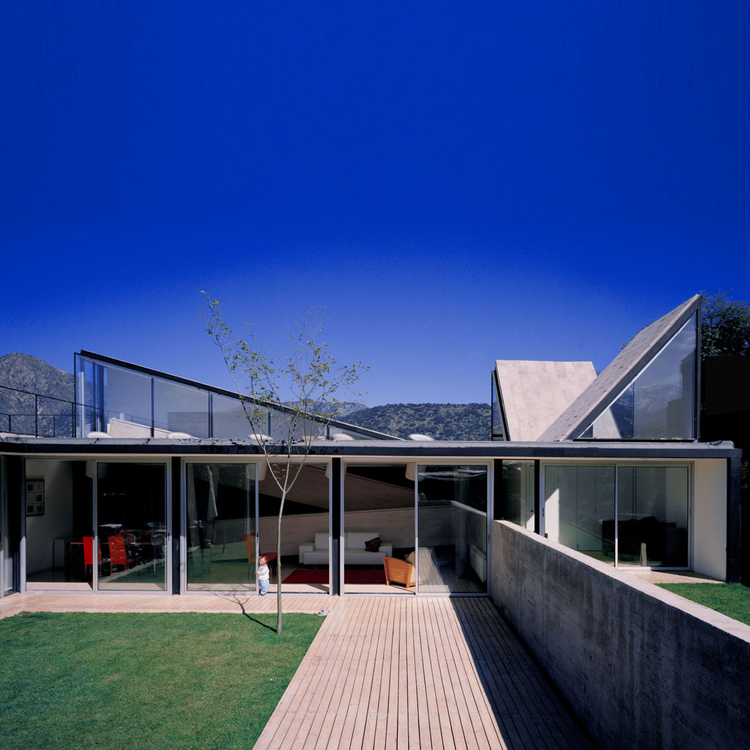 Text description provided by the architects. The house is organized around three events: Firstly, a patio over street level, secondly, a promenade composed of ramps and staircases that lead from the parking to the roof garden and thirdly, a perimeter wall that defines the domesticated territory of the house.

Its interior space is characterized by the colonization of elements such as: the oblique pillars which endure the horizontal force of possible earthquakes, the prefabricated skylights which introduce light to the deepest part of the house and the ramps. Those elements altogether create boundaries and tensions within the space.

The plan is L shaped with public and private areas in each segment.

Regarding the expression of the house, it offers a silent facade to the street, which is no more than the simple echo of the wall that confines the small patio of the sleeping rooms. This elongated patio works as a filter towards the noisy movement of cars that pass tangent to the site.

Finally, a variety of mobile elements allow for the integration or segregation of different spaces at will. 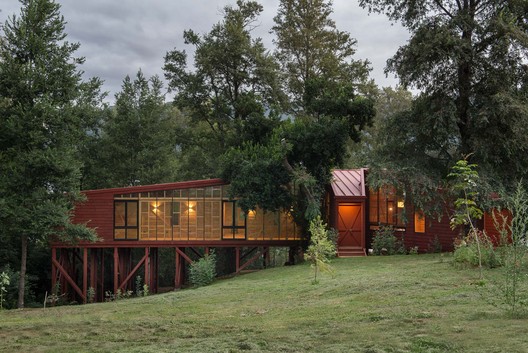