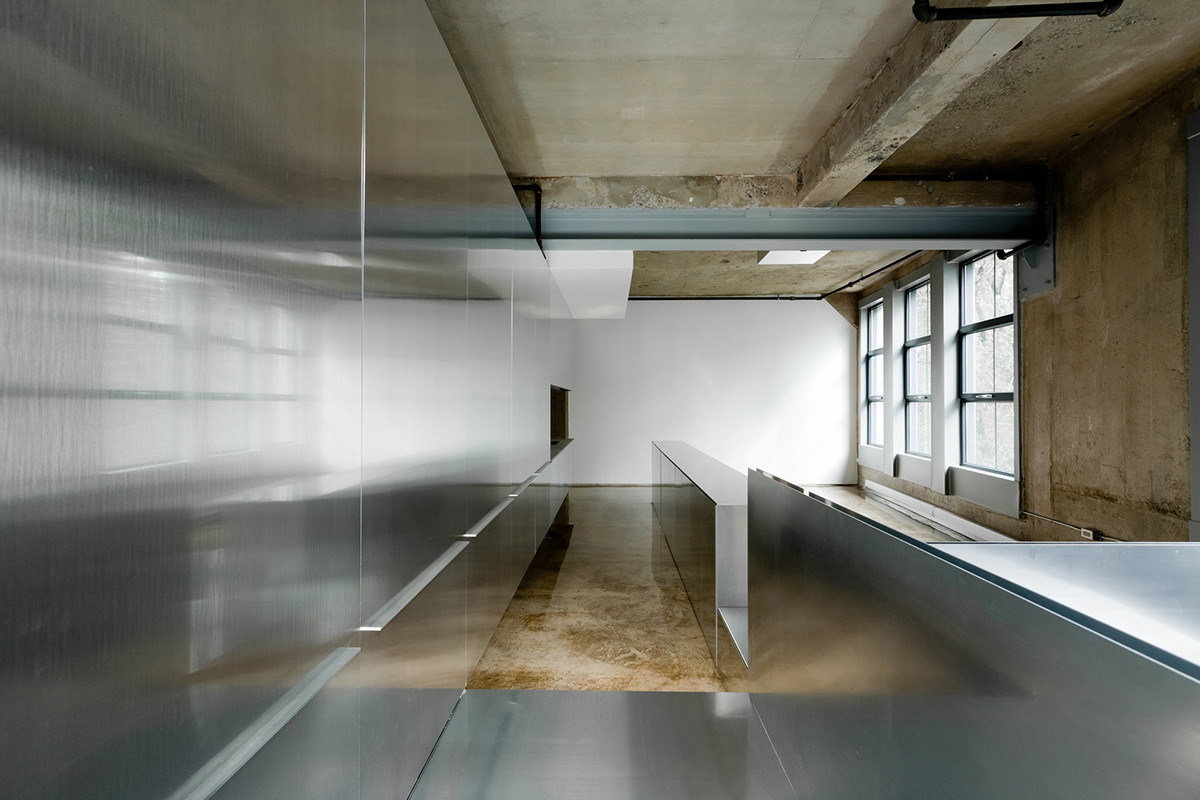 Text description provided by the architects. The “inhabitable sculpture” project, which received two awards at the Grands prix du design 2011, is the result of four years of work executed by numerous fabrication and installation teams.

Two premises were established by the client at the beginning of the project: “a space that people will find cold” and “living in an art gallery.” All designers hope, sooner or later, to obtain such a commission, which enables them to avoid subjecting their work to the obvious sacrosanct “warmth” obtained through wood.

In response to the owner’s request, the space was emptied of what the developers of the housing project had planned for her small 800-square-foot housing unit. Once the space was reduced to its original industrial concrete walls, floors, and ceilings, a delicate multifunctional sculptural piece of furniture made of raw aluminum, inspired by Donald Judd's work, was installed. Its combined modules fulfil all of the dwelling’s functions: bed, walk-in closet, bookshelf, sofa, counter, stools, kitchen, and storage.

A special attribute of this complex object is a room within the room generated by a system of suspended sliding doors attached only at the top. The resulting “corridor of arches” gives access to the walk-in closet.

Two other interventions complete the main area’s aluminum functional sculpture. A technical glass block contains appliances, storage, and the water heater, and an old concrete vault houses the bathroom. Although small in size (10' x 10'), the bathroom is entirely finished in black. The full-height and -width mirrors on one of its walls create a surprising sensation of “absorbed vastness.”

This project, designed in 2007 but completed in 2011, catalyzed the development of a furniture collection that Jean-Maxime Labrecque has had underway for 10 years. All of the architect's projects are composed exclusively of custom-made furniture. 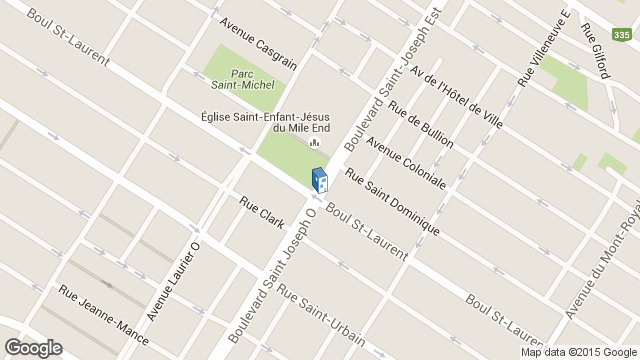 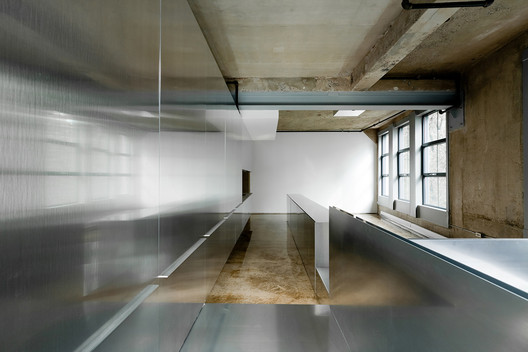