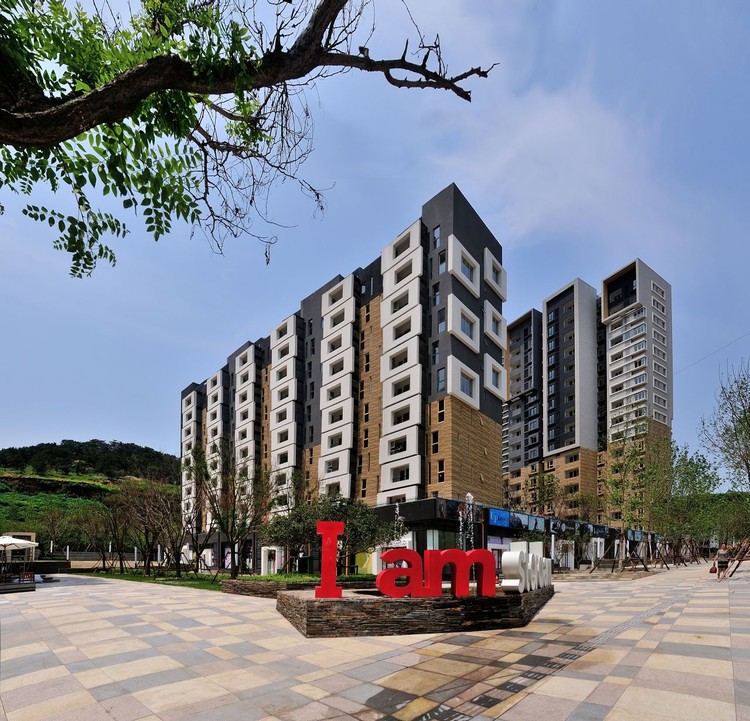 Text description provided by the architects. Here on plot A6 there has been created the perfect combination of the liveliness of the city with its nice small boutiques and terraces on the one hand, and the relaxation of the national park with its beautiful trees and immense green area for strolling, on the other hand. Therefore two urban blocks have been formed around green courtyards which are attached to the mountain park.

Instead of making apartment towers as solitary objects we try to make enjoyable urban spaces: streets, squares and courtyards. On two sides of the green central axis square which leads to the mountain park, low apartment blocks have been situated which form an intimate square with terraces belonging to the coffee shops and small restaurants which are located on the ground floor. Near the Hefei road the block has been set back and thus also creates a large square which ascends slowly and has various levels.

The mountain park, the city natural oxygen bar, which is the greatest quality of this location “rolls” down to the Hefei road; the green courtyards with wild grasses are the extension of the park while even on roadside above the commercial spaces, trees are planted. the greenery extends to every corner of the site. Of course the apartments all have good sight on the green park and the mountain but some special ones, have the perfect orientation on this side. These larger apartments are facing the park with complete living and dining room and terraces so they can experience and enjoy optimal sun and view.

Everywhere in China in new housing development projects one can see the repetition of identical units both vertically as horizontally. There is much uniformity. Here, in plot A6, a new strategy has been followed: the blocks have been brought back into hierarchy and the houses have been individualized. This has been done in order to bring back human scale in the living environment of the big city life and to make a agreeable and understandable place to live. By distinguishing three levels of perception, the large buildings become of a acceptable and even tactile scale.

The first, largest scale level is that of the city, here we can experience individual towers, as identities, from large distance. So, from a distance a range of dissimilar towers can be seen on the highest level of the plot. These “identities” protrude from the building ensemble and are materialized in 3 different kinds of grey plasterwork, from light to dark.

Then , secondly, there is the scale level which still has contact with people on the ground floor, the stories up to the eight, nine floors. This in fact the height where one becomes detached from earth activities. This middle level is also made visible in the design by materialization which reminds us of the natural stone in the historical German architecture in Qingdao. A kind of “city wall” which reminds of the natural stone base of the historical architecture and colors a bit yellow, the most well known color in Qingdao.

The last scale level is the one on the ground and first floor, which consists of the commercial spaces. This is the place where one can actually touch the building and has the closest perception of things. Therefore materials here are fine and small and there is much detail in the facade.

A separate and guarded community road which is only strictly accessible for residents, gives access to the apartment buildings. A safe and quiet living environment can thus be created. In order to have the most comfortable situation it has been made possible to park under the green courtyard from where one can directly enter the apartment building.

All apartments have been designed in order to have the optimal effective use of the space. And at the same time all effort has been made to have a spatial relation between the different rooms which enlarges the apartment.

In block 7, 10 and 11 on each of the sixteen floor we find four apartments of around 90 m2 area being accessed from the elevator hall. They all have a comfortable living room which is in open connection with the dining area. The closed kitchen is situated right next to this. The apartments consist of two bedrooms and one/two terraces, while the kitchen and bathroom of course can open to outside for fresh ventilation. There are two bathrooms for the end units. There is much variation in the higher floors and in the facades. The loose location and the specific orientation secure nice views of both park, courtyard as well as city.

Block 8 and 9 are the two relative low building blocks flanking the green axis square leading to the entrance of Shuangshan park. Here we find larger apartments, 120 m2 each and only two apartments per floor are being accessed from the escalator hall. The extra space gives them three bedrooms and two terraces. Here also the living room is connected with dining area which is in close relation to the closed kitchen. The kitchen and two bathroom also here can open to the outside. Although all apartments have good orientation and sunlight access, the gables looking at the Hefei road are particularized, they also have a interesting view at the square and the Hefei road.

On the west-south edge of the plot large apartments of 160 m2 have been created. These special ones have complete focus on the mountain park and are in fact the most luxurious available units. Their living area and dining room make one big space which is completely related with the park, on the long side of the space they have glass walls which gives fantastic vies on the greenery. Next to this they consist of three sleeping rooms, one study room, two bathrooms and two terraces.

City feeling is about vitality and dynamics while country side best can be associated with calmness and unity. In the A6 project we have expressed both and made different forms by using only few materials and colors and by making the details as abstract as possible. Plasterwork, tiles, aluminum and glass are the main materials we chose to achieve this. As noted before we find it important that the resident can simply distinguish his or her house and can easily point out where one settles. Creating one’s own place to live instead of being part of an anonymous mega structure is the message. Still it remains to be our task to create order and context in the built environment, therefore we have sought a delicate balance between richness of expression and clearness of simple forms and volumes.

The landscape design for the inner courtyards is based upon the contrast with the street and the urban space. Our idea is to make an organic landscape in the courtyard where one does not experience the high buildings but presumes to be in the mountain park . Therefore high hedges have been planned together with covering trees and wild grasses. As green and informal as can be in contrast with the straight forms of the stone buildings. 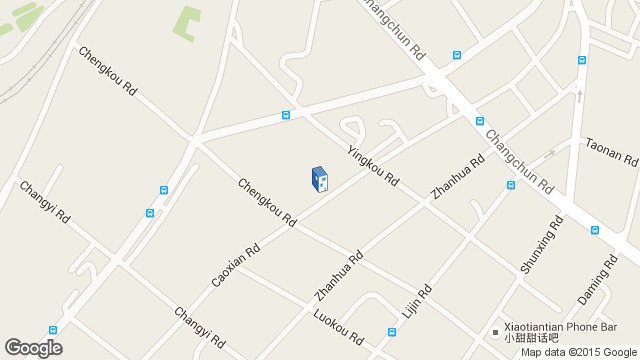 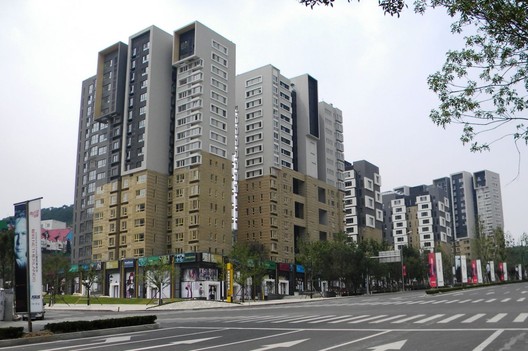