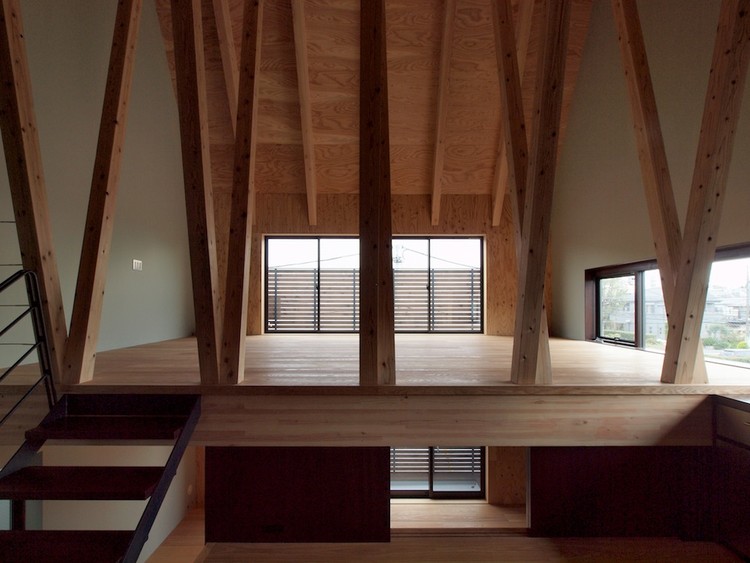 Text description provided by the architects. Japan has abundant forest resources and world's first class timber construction technology. The country is, at the same time, struck by frequent earthquakes and has very strict structural regulations against the seismic force. Compared to concrete or steel frame structure, timber structure requires more walls and has other limitations such that it cannot readily span a long distance. Traditional Japanese architecture has proven, however, that these limitations of timber structure can – when used as an advantage and properly applied – enhance the architectural spatial quality.

This residence in a quiet residential neighborhood of Tokyo's suburb is elevated 1 m above the street level. In order to meet the client's request for the maximum building volume on the compact site, the house is built up to the highest point allowed by the north-side regulation (which limits the building height to avoid casting shadow on the neighboring houses). It has a gabled form so that it would not overwhelm the passerby on the street. The staggered floors were derived from the semi-basement – created for the easement of the floor area ratio – and the approach that utilizes the existing ground level. The top floor is a generously-sized continuous space composed of slanted roofs and stepped floors.

It requires a good planning to place beams and columns in order to create a large open space. The appropriate placement of timber columns in a large space was also considered while using the columns to define the space. The beams – composed of readily available lumber – are supported by V-shaped columns. Together, they create a relatively large – for timber structure – open space while meeting the budget. The composite beams and V-shaped columns define spaces in the room. 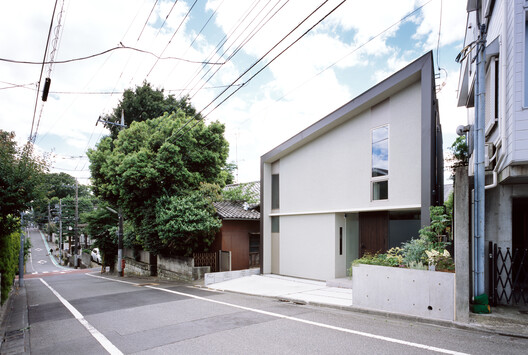 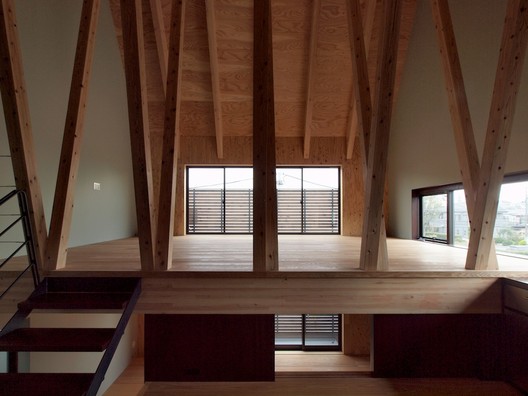