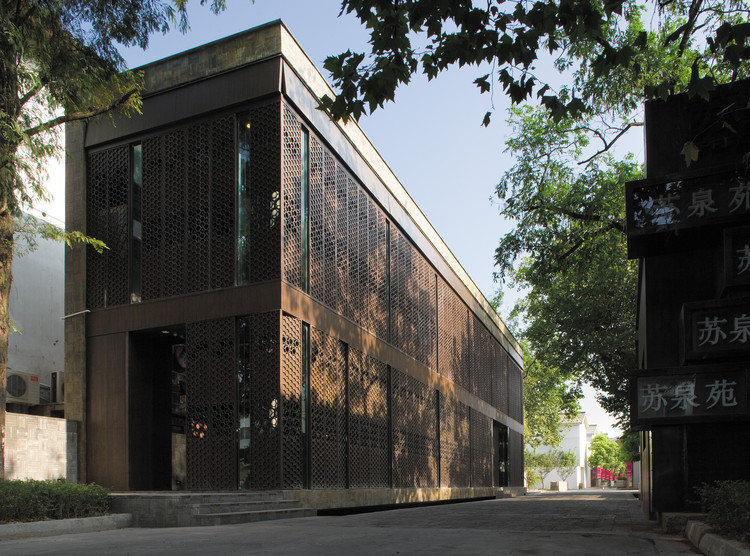 Text description provided by the architects. Originally a huge parking space that served a tourism company, Suquan Yuan was part of a redevelopment plan that aspired to transform this area for retail use.

There were two main challenges in the making of project, the first challenge was the scale of the entrance (6m wide) in contrast to the compound inside that was markedly bigger. This created a segregation between the interior commercial space and the street front that we felt was disadvantageous in the making of a retail space. The second challenge was the initial ambiguity of the project's program. As with most speculative developments, the use and functionality of the project was undefined during the design process.

The site had a drab environment without any distinctive identity, which provided the potential for a landmark with a lively program. The design was inspired by the memories of traditional architecture within the area, beginning at the entrance. The entrance is made of dark mahogany brick, and may be used as a teahouse. The facade comprises a series of long windows that open and close depending on the functional needs of the interior space.

The architecture is then a pure box that is filled with light and shadow, and further enhanced by the rich patterns and materials. The interior layout is similar to that of a series of dominos, and the spaces are distinguished by function; service areas and staff quarters. In addition, in the anticipation of future change, the space has been designed to be programmatically flexible. 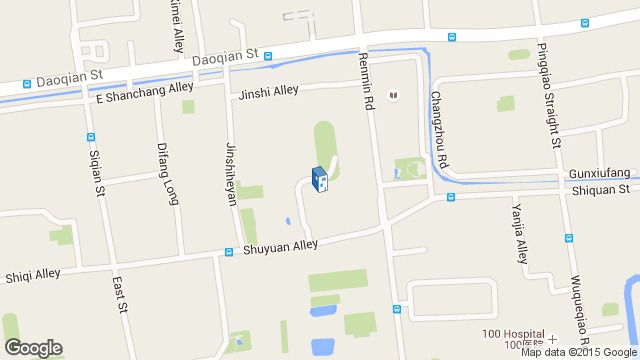 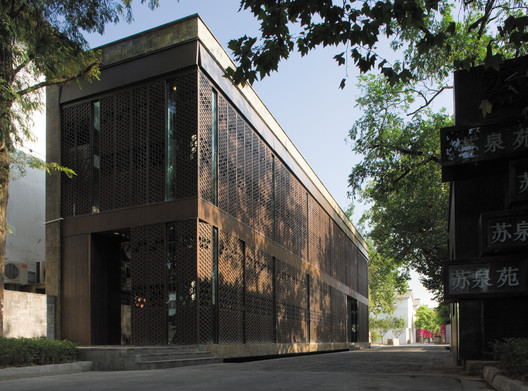