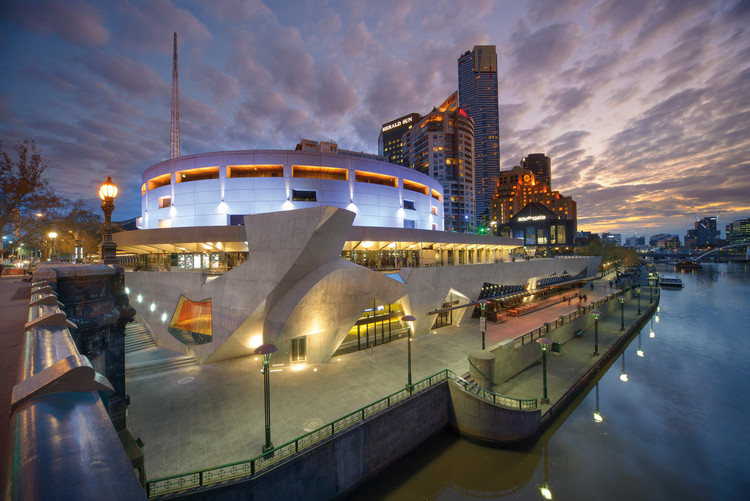 Text description provided by the architects. The underlying ideas behind the design come from the strength of the conflicting thematics by Roy Grounds and John Truscott. Our commission comprised a review of the master plan for the whole of the Arts Centre precinct its relationship to greater Southbank. Our mission, gradually refined through conflicts and agreements with the various client participants was to open up Hamer Hall, integrating it with the river and make it a 21st Century venue .Underlying our job was to repair its standing as a major civic building. The building represents two artistic discourses in Melbourne: the architectural story of the castle and the mine: the theatrical story of the palace and the cave of jewels. We took these two narratives, reinterpreted them and added our own voice to the story of Hamer Hall. The new riverside section is inspired by a new geometry.

The redevelopment was approved by Heritage Victoria. Throughout the redevelopment we took great care to preserve many unique heritage aspects of the Hall, retaining Roy Grounds’ base architecture and as much as possible of John Truscott’s original interiors.

The redevelopment repairs HH’s performance acoustics, to world standards, installs state of the art stage technology and back of house facilities. The patron amenity is completely redesigned, with increased foyer area, toilet numbers and lounges with exterior modifications that create a more outward facing venue to make it more accessible and inviting to the public.

The existing built form of the drum has been retained but radical changes were made to the riverside section of the precinct. The new form draws its influences from Grounds’ muse, the Castel San Angelo, Rome. Built in off‐form concrete it recalls the rusticated base of the Roman ruin. The layout reinforces the existing ant tracks around the building.

Our commission was to rethink the master plan completed earlier by FJMT. The funding for the project had been primarily focused on high level ambitions for rebranding Hamer Hall and repairing theater technology and poor access. Quickly the team had honed in on the main programmatic challenges to be addressed. These included improved integration with the Hall’s surroundings, especially St Kilda Rd and River side, substantial Hall acoustic repair, substantial operating and technical improvements, a third revenue stream through new F&B spaces and improved patron amenity. While this was latent in the overall business case, it had never been defined physically or translated into a budget. We did that.

The project was delivered through an Alliance contract, which means that the architects were an equal member of the project delivery team comprising Owner, Constructor and Designer. Hamer Hall reborn was delivered within the State’s target budget, and within the prescribed but unrealistically short time frame. Anecdotally, the scope and functionality has been achieved well beyond “business as usual” and the expectations of the client. 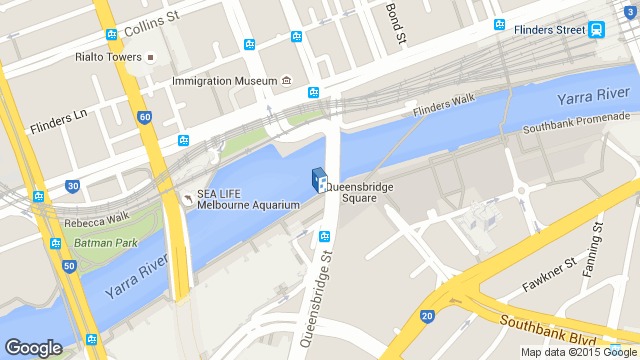 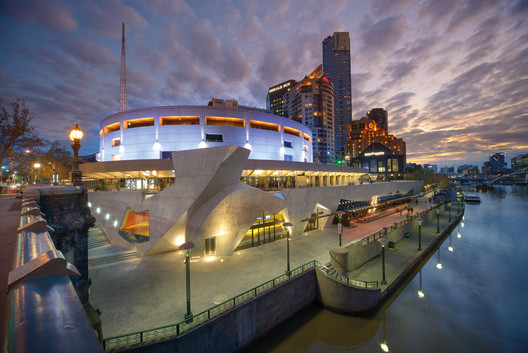