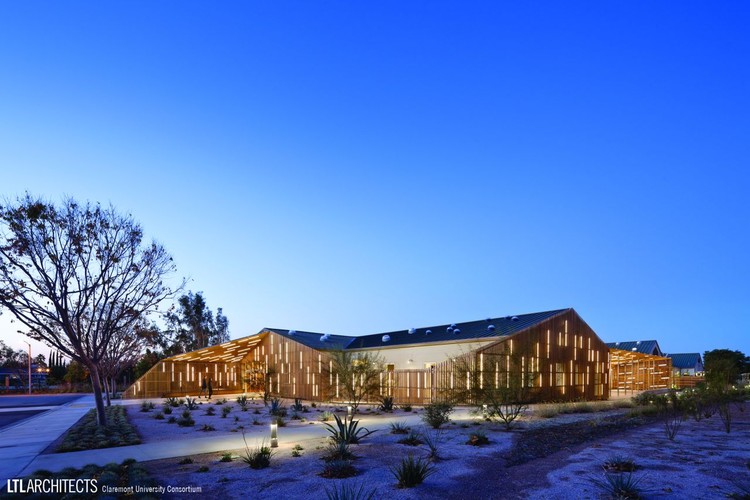 Text description provided by the architects. This new Administrative Campus Center for the Claremont University Consortium (CUC) consolidates the majority of CUC departments and services, previously dispersed and fragmented across campus, into a single location. Through the adaptive re-use of an under-utilized 42,000 square feet maintenance building, the new Administrative Campus Center allows CUC to create a unique and vibrant work environment with a well-defined public character in an environmentally sensitive manner, and provides a collective gathering place for both the Colleges and the broader community.

The project deploys a series of intertwined, materially rich, tactical architectural elements that reprogram the existing facility and redefines its public presence. These include a continuous 740 foot long cedar screen, a custom ceiling cloud, a digital garden, and a field of 168 solar chimneys that providing natural light through the space.

While a major aspect of the sustainability strategy is to retain and reuse the existing building, its current utilitarian exterior is neither inviting nor appropriate for the new use. To redefine the building’s character, a continuous cedar surface wraps portions of its north, east and south elevations. The ribbon works with the existing sloped geometry of the building, but moves free of the existing shell to produce a clearly defined entry and exterior gathering spaces. From the entry, the cedar slips into the interior, framing a new reception area and cafe. The screen continues from the café out to the south patio defining a very large multi-purpose area. This area is also protected from the weather by a tensile structure canopy with translucent stretched fabric. Where this cedar ribbon passes over windows, the spacing of the cedar panels is incrementally increased to allow light in. Illuminated at night with imbedded LED lights, the cedar ribbon serves as both a way finding device—clearly denoting the building’s entry to vehicular and pedestrian traffic—and a new image for CUC.

The interior of the building takes advantage of the both the high ceiling and the large spans of the existing steel structure, providing an open office space, with custom bamboo desks and furniture for over 100 employees. 168 ‘Solatube’ skylights in combination with expanded windows along the perimeter provide enough natural light to all work stations so that artificial illumination is not needed during the day, greatly reducing the building energy consumption. As the sun sets, a grid of high efficiency dimmable fluorescent light slowly turns on maintaining a constant light level. To allow the light to filter into the space, a custom ceiling is composed of over 1467 9” x 8’ baffles, clad in recycled plastic bottle felt. Forming a sculpted interior cloud across the entire building, the ceiling unifies the space, obscures the infrastructure, and assists with sound mitigation in the open office.

Emerging from a central spine of red carpet is a wide stair, which provides bleacher like seating for large gatherings. The stairs take advantage of the building ceiling height by creating space for a new kitchenette beneath and a cactus garden above. The building contains eleven meeting rooms, ranging from smaller four person work spaces to a large 32 person executive board room with fully integrated audio-visual systems. A digital garden installation, produced by the artist Jason Krugman, comprised of over 6000 LED modules, envelopes the central core which contains six of the meeting rooms, along with two sets of restrooms. The LEDs are triggered by the motion of people walking nearby, and subtlety shift from green to blue back to green. This installation is consistent with the overall intent to produce a collective, egalitarian atmosphere with intelligent use of technology into an efficient yet creative environment. 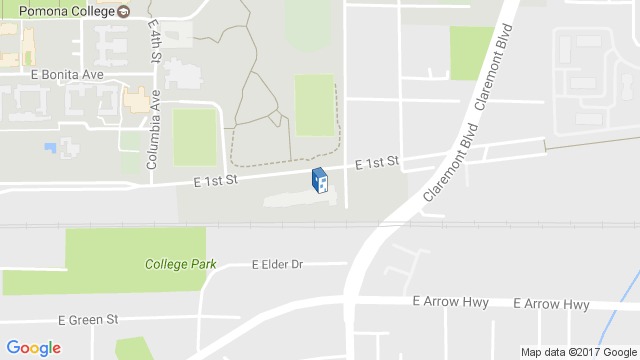 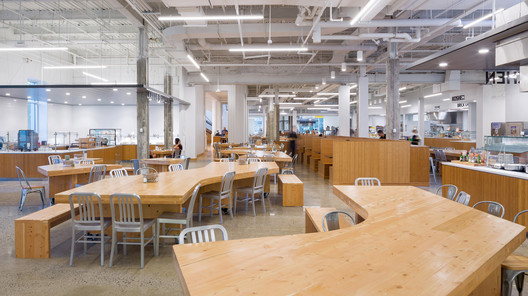