Text description provided by the architects. The Luchtsingel is a pedestrian footbridge in Rotterdam that is being realized by crowdfunding, an exciting new means of funding in which the public donates money via an online platform (essentially investing in an unrealized idea) in order to make a project reality. The Luchtsingel, which uses the slogan "the more you donate, the longer the bridge", has resonated with the public imagination and surpassed its initial funding goals, becoming an important part of Rotterdam's urban rejuvenation. 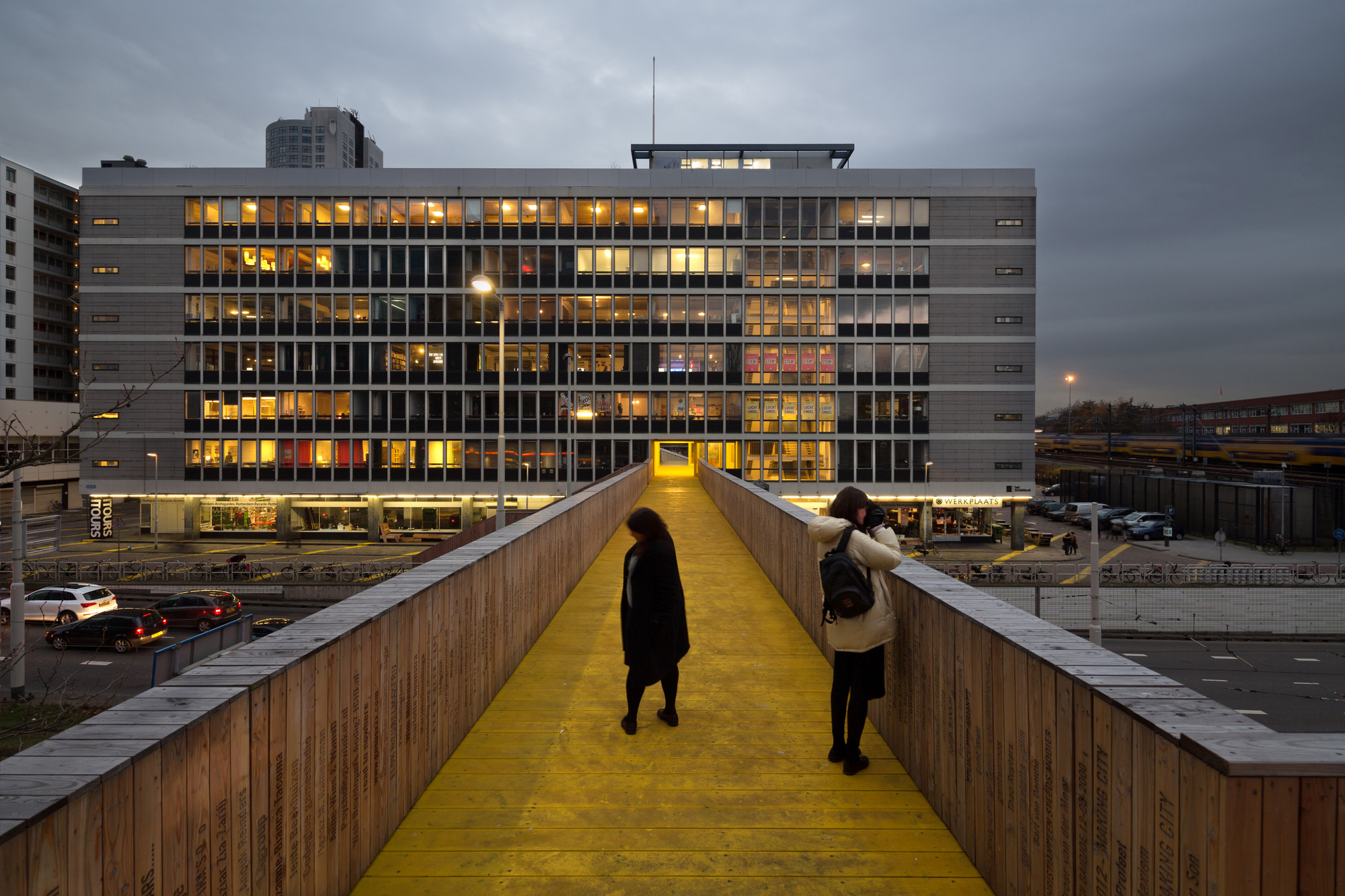 Read more about the unusual birth of this public bridge, after the break...

Part of the I Make Rotterdam scheme, the bridge is intended to reconnect the Hofplein area with the Northern districts of Rotterdam by allowing pedestrians to avoid the hectic traffic below.

The scheme was highlighted in a January 2013 report on crowdfunding by the AIA:

"The I make Rotterdam initiative was set forth to recreate the inner city of Rotterdam, the Netherlands, and facilitate a more pedestrian-friendly environment.The people of Rotterdam have long been struggling with a city split in half by heavy traffic and few ways of accessing shopping and recreational areas. Having very limited means to invest in infrastructure, the group Luchtsingel [sic] decided to go online in an attempt to crowdfund a pedestrian bridge in the middle of the city."

The idea of a footbridge in this area originated in the Central District Masterplan, which was created by the City of Rotterdam and Maxwan Architecten. However, the masterplan originally scheduled for the bridge to be realized in 30 years' time - and according to the people behind I Make Rotterdam, "the area cannot wait that long". The first phase of construction has now been completed, but further phases will reach out around the district to connect disparate pedestrian areas.

In order to construct the Luchtsingel decades ahead of schedule, Zones Urbaines Sensibles decided to bypass the normal systems of real estate development and instead turned to internet-based crowdfunding. This model allows this improvement of the public realm to be financed directly by the public. The AIA report also points out that part of the success of the project can be attributed to the fact that "once the first funds are contributed, the construction can begin, and the image of half a bridge is an easy one to use as a campaign message."

In turn, the funding method for the bridge influenced its design: constructed with 17,000 wooden planks, each donor is entitled to have a message inscribed into the fabric of the bridge. This message can be advertising a business, a message to a loved one or simply their name, making this a truly public piece of the public realm.