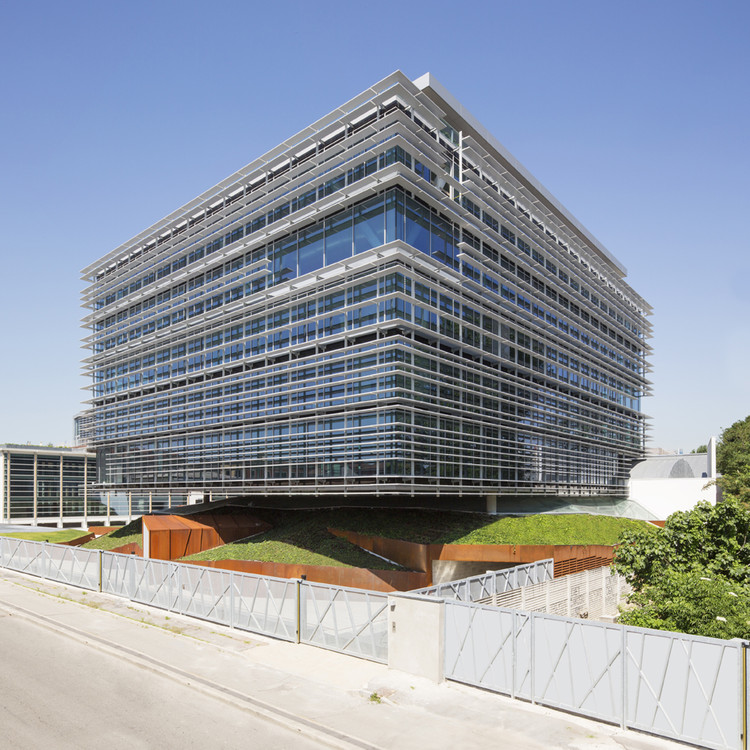 Text description provided by the architects. Giuseppe Tortato signs La Forgiatura, the redevelopment of an industrial area of Milan that demonstrates how it is possible to work on an urban area in a nonviolent way. The new multi-purpose complex is characterized by a distinctive sign that arises from the culture and history of the original place marrying technology and natural environment, with a strong integration between architecture and landscape.

"Contrary to urban development models that reproduce similar parts of the city, always equal to themselves worldwide, with La Forgiatura an urban area is completely regenerated without forgetting it’s roots. It was natural to think about the recovery of the ancient structures, integrating the new geometries of contemporary architecture, using greenery and movements of the ground as an element of continuity between the buildings." says architect Giuseppe Tortato, designer of the project from Realstep Property Management, specialized developer in the regeneration of Milan’s industrial areas, including former General Electric in the Tortona district and former Richard Ginori industrial plant in via Morimondo.

Located in the north west area of Milan, La Forgiatura rappresented for many years the excellence of Italian and international metallurgical industry. Its regeneration has allowed to upgrade more than 14.000 square meters of existing buildings to which were added 10.000 square meters of new construction , for a total of 7 buildings for office and showroom space. This is a complex of properties for different uses, certified in B class, all served by a common conditioning air system managed by Building Management System, that allows the optimization of different applications at the same time.

To underline the link with the past, the buildings that compose the new settlement, derived from the ancient production structure, are named after the processes and the activites hosted in the previous century: Meccanica, Uffici, Ingresso, Tempra, Tempra and Tecnica. The 10,000 square meters of the area, achieved through the demolition of existing parts, have been exploited to the maximum in the Raimondi building, the new construction which spreads over eight floors, two of which are embedded within an artificial hill and the other six are hanging to a truss that runs along the perimeter of the last two levels.

A real urban oasis, characterized by a three-dimensional development of the green landscape  that incorporates old industrial structures joined smoothly to the new buildings. Thanks to the movement of the ground, in some cases real artificial hills eight meters high, you can access the buildings from various levels, including the roofs, enjoying a unique sensory relationship, given by the alternation of emotions: thanks to green patios, great heights, natural light, a unique relationship between interior and exterior greenery , old and new structures.

"As with our other recent projects, we have adopted an unusual conception of natural elements, such as the ground and the light, using them as if they were building materials, such as brick or steel structures. The adopted design approach has been developed according to environmental sustainability criteria, using a complex process of analysis and planning, attentive to energy, thermal, lighting and acoustic performances, aimed at achieving high levels of comfort and environmental abatement of consumption linked to air conditioning and artificial lighting." Continues the architect, satisfied by the success that its architecture has achieved on the market, in fact, already st the beginning 2013, VF Corporation, the international fashion brands giant (who runs some of the most known names as Napapijri, Wrangler, Timberland, Eastpack, Reef, Seven for all mankind) and many others, will transfer many of their showrooms in the striking spaces of La Forgiatura. The same Schueco, supplier of about 8,000 square meters of windows that characterize La Forgiatura, has strongly believed in the project and is realizing here its Milan offices. 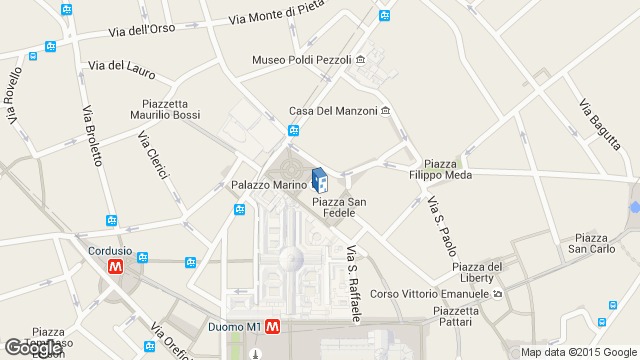