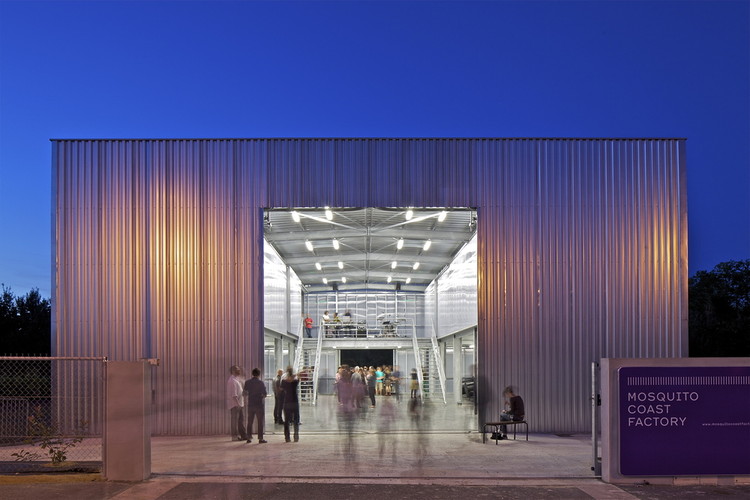 « Ceci n’est pas un hangar. Ceci est une île.» This is not a shed. This is an island. The question posed by the client/artist was the possibility of a cultural island in an industrial site, the concrete fabrication of a utopic site for living, research and production. The architectural response is the result of a research towards a vocabulary of elements which could give meaning to this ambition.

The cubic mass of galvanized steel in echo with the industrial façades of its environs; the monumental doors, only barely perceptible, sliding to disappear into the interior; the systematic organization of functions; the repetitively of interior grids; the modularity of uses, the potential framework provided for the artist’s future experimentations; the expression of the raw nature of materials; the desire for details precisely drawn; the effect of surprise in each sequence of discovery; the great central nave and its lateral storage cells; the platform for exhibitions and the platform for living/sleeping; the affirmed symmetry, reinforced by two monumental stairs; the strong sense of place; the soft diffusion of light from the north façade in reference to artist’s studios of the last century; the doors which open onto the landscape beyond; the simplicity of plan and the economy of means. It is with the sum of all these elements that I imagined this place, inhabited and full of life. This is not a shed. This is an island.

The Mosquito Coast Sessions are based on the desire to create a place for experimentation and research in artistic and exhibition practice. Thought of as a kind of laboratory, this building is dedicated to receive, each year, curators and artists for exchange, experimentation and collaboration.

The Mosquito Coast Factory also refers to a fictional architecture drawn from the eponymous novel by Paul Theroux (1981) and brought to the screen in 1986 by Peter Weir. The story features an inventor who flees the United States for Honduras to form a utopic society. He leaves with his entire family to the “mosquito kingdom” and builds, in the heart of the jungle, a metal block housing a vast ice factory intended to revolutionize the lives of the indigenous population. This stage piece, a sort of projection for creative reflection and the fantasy of a new society, here becomes a source of architectural interpretation, both framework and tool for potential dreams and fictions. 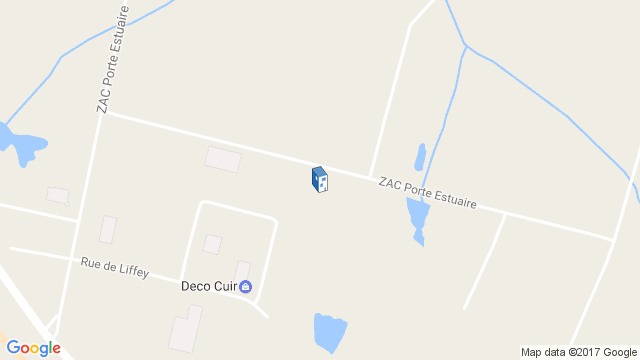 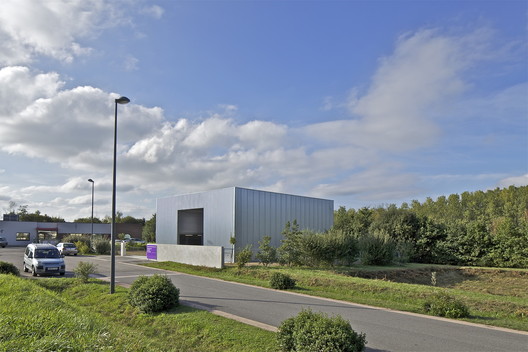