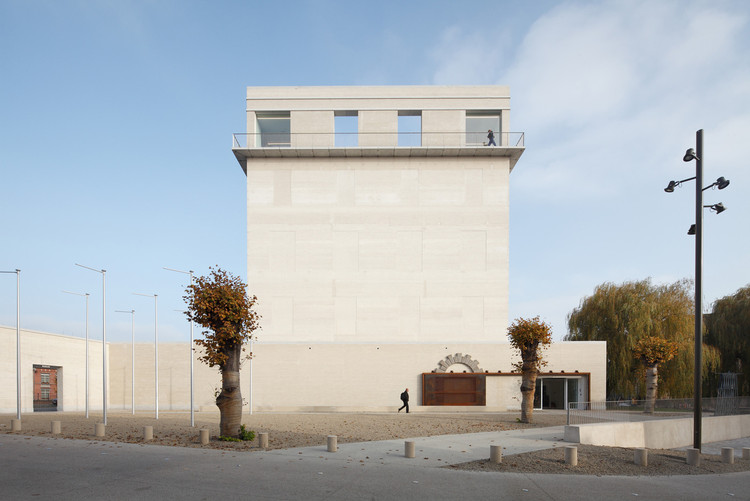 Text description provided by the architects. From the Dossin Barracks, 25,267 people were deported to concentration camps in Germany and Poland during WWII. In the 1970’s, the building was subdivided into apartments.

Contrary to what one might think, the new museum is not housed in the barracks itself, the site where the deportation occurred. Rather, space was sought across from the barracks, on the site of the former house of detention. The open square between the two buildings, a traffic junction, links the two buildings.

The house of detention’s original, ruined wall is complemented by a new wall clearly defining the museum’s boundaries. The wall is built along the remains of the old town wall and makes up, in part, the building’s substructure. The museum building’s forecourt wall defines its shape. A wall with a building partially inside it and partially on top of it.

The ground floor does not interact with the city. At the center of the square one finds no easily conspicuous  entrance hall; this is set off to one side. Donald Judd was right: symmetry is the rule and asymmetry the exception. This project is the exception, it doesn’t try to resolve  anything according to "the rules”;  the entrance is not symmetrical, it is, rather, "set aside".  It is not situated across from the barracks gate, it has no canopy or awning, it is almost  a secondary entrance, a sliding gate: a railway car’s welcome . The grid, the geometry of the structure is not simple. The underlying grid for the facade differs from the grid for the layout of the inner structure.

Two levels: the ground floor and the top floor, enjoy natural light; the three intermediate levels are windowless. On the ground floor, 12 cast-iron columns representing the 12 tribes of Judaism (descended from the twelve sons of Isaac, the son of the patriarch Abraham) support the building.

The windows on the 2nd and 3rd floors– the dimensions of which vary per window – are bricked up with a total of 25,267 bricks. From the moment one exits the large, bright common room on the ground floor up to the point one enters the top floor, the visitor is given over to the exhibit. The encounter is a meeting with history. One rediscovers oneself. There is no central atrium, no built continuum, no or practically no, natural light. The museum rooms necessitate controlled light, light directed entirely by the scenographer. Most synagogues have windows and are airy and filled with light. This museum has bricked-up windows and 25,267 bricks keeping daylight out, bearing witness to absence and loneliness. In this way the upper floors do not interact with the city, either. Only on the top floor is it possible to circulate outside, ¾ of the way around the building. Here one may behold the city and more importantly the barracks, the square in front of the barracks and above all, the barrack’s inner courtyard.

First and foremost, the new building desires to be a bare frame to be filled in freely by the scenography. Between the building’s apex and its main body are both a staircase and an elevator. While the main body remains free for exhibition space, the top floor is devoted to other components of the program.

Sustainability is a main theme in the architectural work. The focus is on longevity and mostly this therefore means an emphasis on change and changeability over time. This building, this museum, this place, must imprint upon the memory for a very long time. The building, the site, desires to be the architectural interpretation of the cultural significance and the role of the museum as institution. 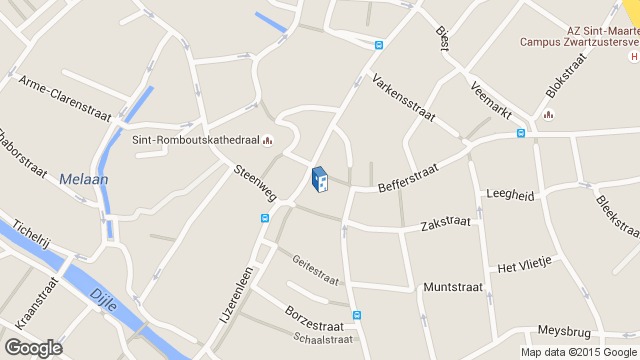 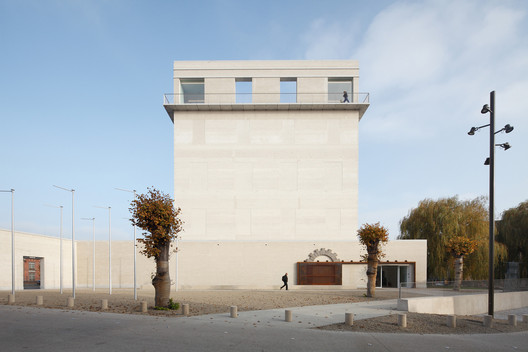