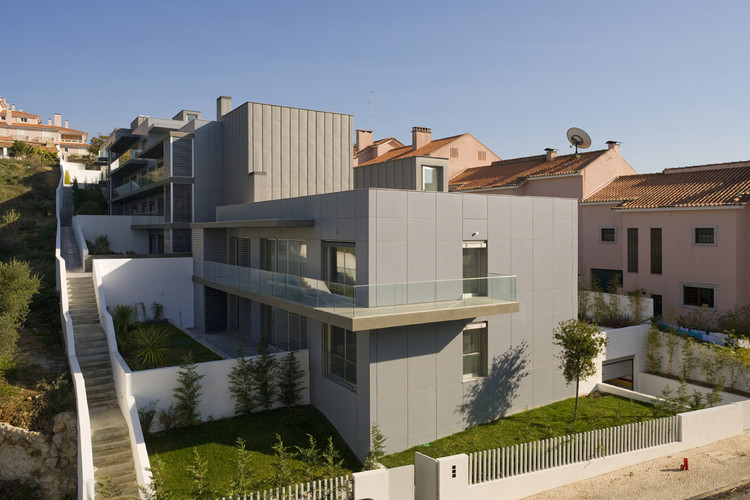 Text description provided by the architects. This project is characterized mainly by its peculiar volumetric development. It’s articulated in step horizontal boards, following this way the terrain morphology. Composed by four housing blocks, the whole set is articulated by two vertical access volumes, without windows, ripped only on the contact with the floor and on the rooftop for zenithal lighting. Those two volumes, recessed towards the rest, ensure a break on the whole, disallowing it to assume big unscalable proportions which would compromise its integration in the environment.

As the building takes a central position on the intervention area, it results that all the surrounding spaces deserved a special attention. Mainly related to private terraces, are also developed in horizontal steps taking profit of the rooftop of the underground parking area.

The proposal has two entrances, east and west, one in each limit of the project area. The connection between those two points is made by a circulation axe of stairs and ramps.

This proposal has a very specific metric defined by its openings. This metric comes also to the interior by many other elements. This strictness regards to the design of all parts of the building, from furniture to the doors and baseboards, enforcing the idea of the project as a unit. 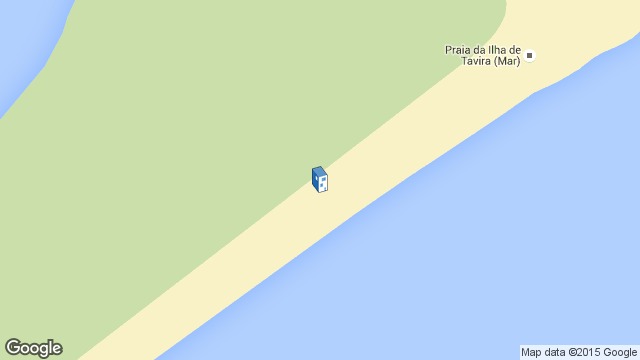 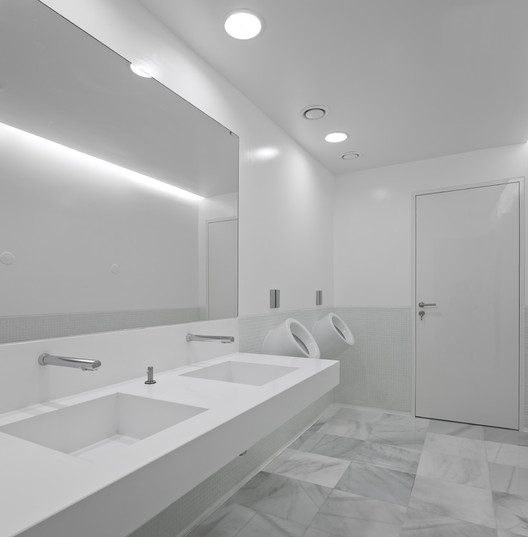 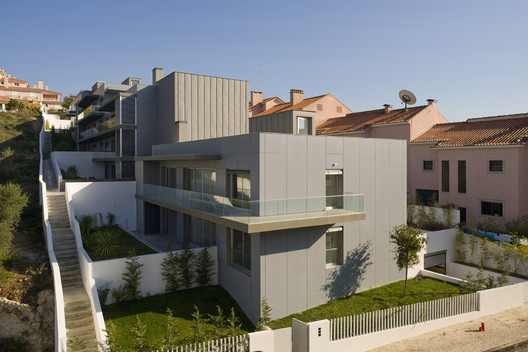