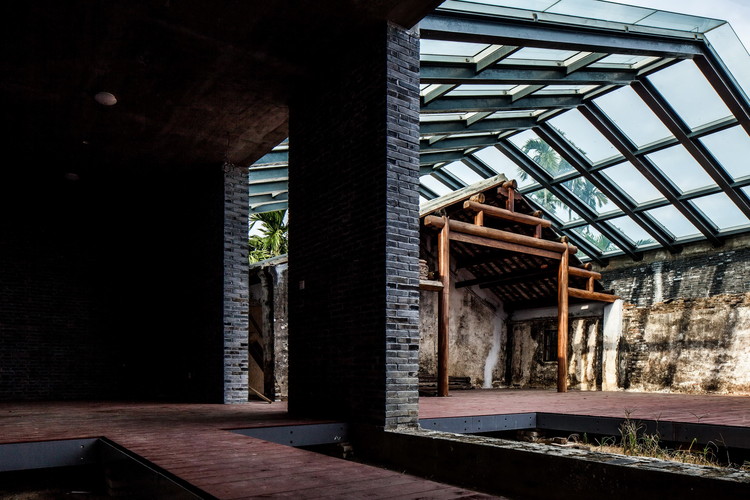 Text description provided by the architects. Shengdetang (Hall of Grand Virtue), located in Sanya City, Hainan Province, was a private mansion built by the descendants of a famous Prime Minister named Peidu in Tang Dynasty after their family was outlawed and settled down in the village. Dating back to year 20, during the reign of Shaoxing in the Song Dynasty, when the famous patriotic Prime Minister Huquan inscribed for the mansion, Shengdetang has a history of nearly 850 years. After repeated destruction and reconstruction, only the north part of the main hall and the newly renovated north penthouse still remain. Based on archaeological excavations and status quo survey, a protection and display plan was proposed.

Due to the small area and volume of the remains and the difficulties in extrapolating the original layout, the concept of rebuilding the mansion was avoided to prevent misleading information. A protective display plan was proposed instead: the new shelter would be built as the background to sustain a full demonstration of the heritage information without interference. The design inherits the original courtyard layout while preserving the original state of the physical environment of the wood structures, thereby presenting the best method in protecting this type of ruins. Hence, apart from necessary space separation and rain sheltering, the new building would open up to its greatest extent and the concept of the ruins gallery, “courtyard display”, was put forward.

The architectural remains would be restored to its historic states after prudently distinguishing, sorting and demolishing the new additions based on the existing building conditions and remaining clues, thereby fully reflecting the remains’ authenticity and integrity; the severely damaged artistic components would be repaired and restored to their original position and state of use before the totally disappearance of its framework and appearance.

In order to shelter the rain, a semi-closed pitched glass roof with the same slope as the remaining roof would be constructed above the main hall. The structure of the roof would be as concise as possible to minimize its volume thereby highlighting the remaining gable and the refurbished beams and displaying their delicate wood carvings and calligraphy inscriptions.

A multimedia exhibition hall, which could hold up to 30 people, would be set in the front of the architectural remains while part of the ruins of the wall bases would be covered by wooden plank walkways .This part would be closely connected to the main hall and could be entered directly under the pitched glass roof, all of which would constitute a small exhibition system combining virtual and physical spaces.

On the left side of the architectural remains, a corridor would be built to create a gallery both for people to fully appreciate the gable and for laying out simple displays. The void between the above two structures was designed as an outdoor exhibition place.

The two open architecture and the ancient ruins together create a square courtyard. Through the combination of walls and the holes on the walls, a series of magnificent spatial effects in Chinese classical gardening, such as framed scenery, borrowing scenery, symmetrical scenery, dipped scenery and added scenery,  would be achieved. This would create a harmonious relationship between the architecture and its natural environment.

The open architectural form and the holes on the walls are in line with the prevailing winds of Sanya City in the summer seasons, which is good not only for ventilation of the architectural remains, but also for the relief of the hot climate.

The courtyard style architecture is enclosed by simple cubic architecture volumes. The forms are humble, yet they highlight the remains of Shengdetang. The main materials of the shelter-grey bricks and wood-are similar to the traditional materials used in the surrounding residential houses and the ancestral hall, which shows respect for the heritage remains and its surrounding environment. 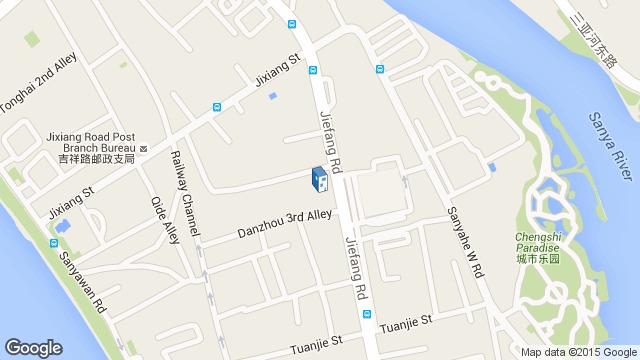