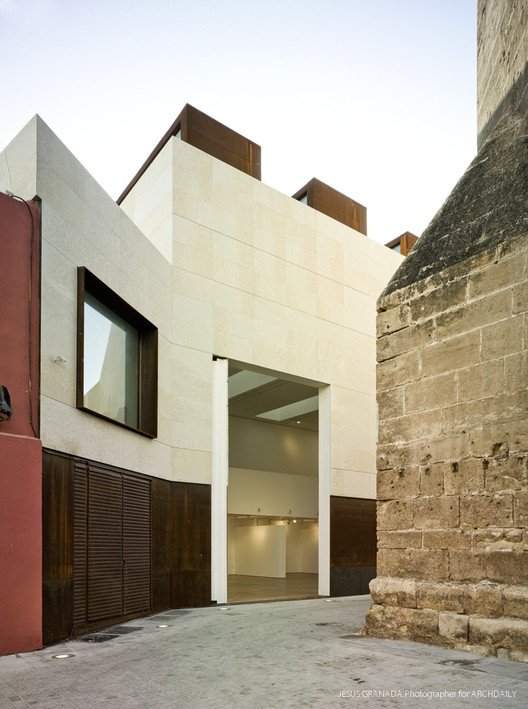 Text description provided by the architects. A small museum in the old town of Almeria, it sits next to the cathedral and is separated by a narrow pedestrian street. Situated on an irregular plot resulting from the addition of small plots left over from the urban fabric of the city, it has the only façade which faces the back of the cathedral, whose walls of sandstone masonry tower above it.

The building is conceived as a single volume that adapts to the random nature of the plot and its movement revolves around a large central space, with a height of 7.50 m., lit from above through four large, deep skylights that introduce indirect light and obtain a uniform light level.

This simple, sober structure establishes a dialogue with the cathedral with a contemporary language.  Facing the Cathedral’s strong sandstone masonry walls, a volume is constructed where all the walls, facades and roof, are Bateig large format sandstone, 4 cm. thick and laid with open joints. The other material used is auto-oxidative steel, with which a 2.5 meter trim is formed at ground level and is also employed to encompass the four skylights on the roof. At the east end of the main hall, a 6 meter door is integrated with the canvas blind of the façade.

The pedestrian street that separates the cathedral and the museum is paved in 10x10x10cm marble from Sierra Elvira and is also used in the baseboard of the exterior walls.

The interior spaces are conceived as neutral, with a continuous white painted surface, creating a background against which exhibits are highlighted and a continuous iroko wood floor. 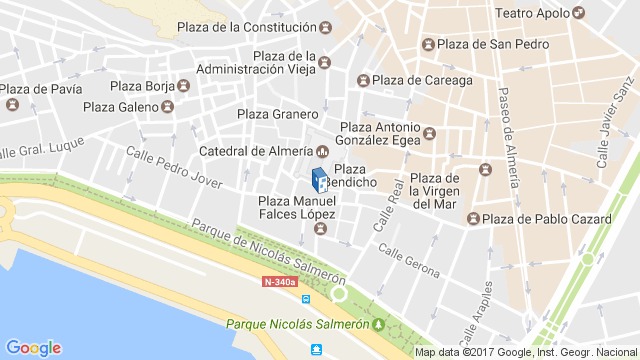