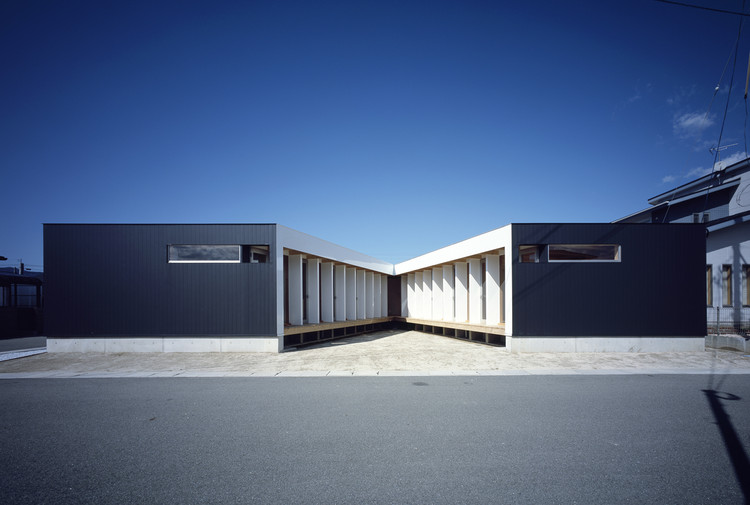 This one story wooden house is located at new residential area in a suburb of Fukuoka. New housing lots was divided to average area in region and shaped rectangle (almost 300m2 in this area). A site with southern road has more value than a site with northern road. It is the typical small-scale development in Japan. The sites of both sides of the street face each other because of the rigid division rules.This house aimed to ensure openness and privacy at the same time even in that circumstance.

The Clients requested three outer spaces: parking, a courtyard, and a hidden drying laundry space from the street. V-shaped plan was satisfied them simultaneously as the simplest form. V-shaped house does not face with neighbors, the common spaces are in the west side, and the private spaces are in the east side. The fins as structure are lined on the both side of the courtyard. By these fins, the interior space is difficult to see from the street, but family has sight between common space and private space through the courtyard the east-west direction.

The columns of 50mm×390mm are sandwiched by two of 2×4 dimension beams. The in-between space is used for lighting box, guiderail for sliding doors. The interior space are assembled by small peace that allow easy construction and human scales. 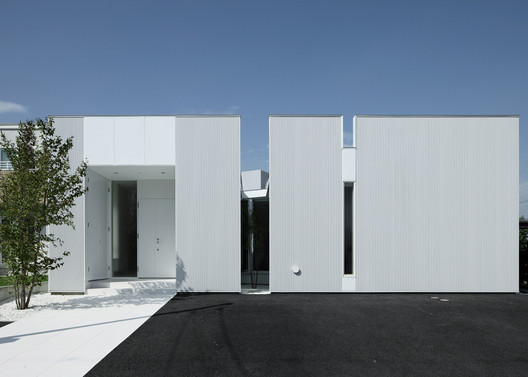