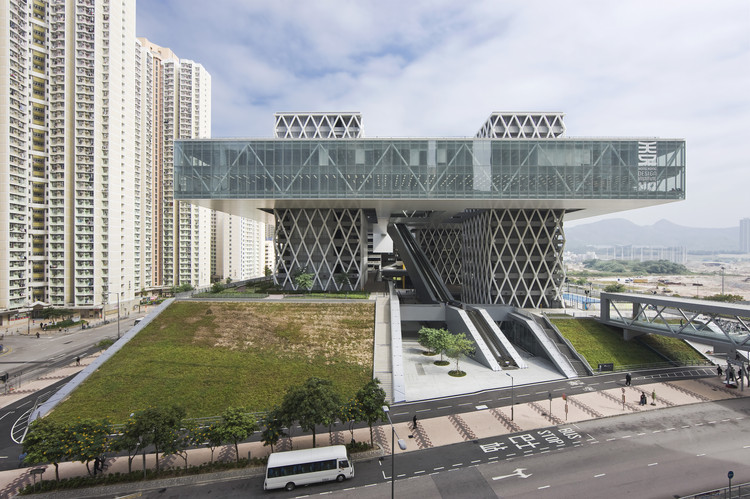 Thomas Coldefy and Isabel Van Haute, equipped with solid international experience, decided at the beginning of 2006 to take part in the international competition for the building of the Hong Kong Institute of Design. One hundred and sixty two teams submitted entries to the competition, the two architects were selected in August 2006 from five teams invited to take part in the second phase. They then went to Hong Kong, to collaborate with local partners architect, engineers, and a quantity surveyor partner according to the rules of the competition. They are named as winners in November 2006 by the international jury which included in particular, the American architect, Richard Meier.

Thomas Coldefy and Isabel Van Haute move to Hong Kong for five months at the beginning of 2007 to develop the project on site, to set up the team and to speak with the partners and clients and to immerse themselves in the spirit of the location.

Presented to the Hong Kong community and to future users, the project seduces them with its answer which is well tuned to educational needs, solicitous of the environment and local context, but also bold, ambitious and very open to the outside. In autumn 2008, work starts on the site after 18 months of project development led on site by the CAAU practice. And eighteen months later the HKDI – 42, 000 m² – is delivered. The first students take the giant, mechanical escalator at the beginning of the academic year in September 2010. This creation merited Thomas Coldefy and Isabel van Haute the "40 under 40" prize, organised by the European Centre for Architecture, Art Design and Urban Studies and the Chicago Athenaeum.

The urban context The building is located in the Tiu Keng Leng area, to the north east of Hong Kong Island, in the Sai Kung district, adjacent to the Tseung Kwan O area and Junk Bay. The area is served by the metro, on the Tseung Kwan O line, 20 minutes from HK Central, and also has a bus station. Although activity there is mainly residential and commercial, nature is also very much present for the site is surrounded by green hills and the view over Junk Bay is everywhere.

The building, located in the heart of the area, may provide the community with a meeting place by making its sports areas and auditoriums available; at the same time, it will bring an energy to the social life of the area by the presence of 4, 000 students within the campus, the numerous exhibitions and activities organised around the urban space it has created.

The project offers spatial reinterpretation of its built-up city context, where social interactions are teeming in the various bases of the buildings whereas they disappear vertically; the extra height provided by one part of the programme allows one to envisage interactions on different levels and creates new connections with the ground.

Metaphor for creativity about to burst forth, the “Blank Sheet” expresses the project’s intentions: bringing together and then presenting the multidiscipline nature and targets of the future Institute of Design. In concrete, glass and steel, its radical architecture, light and transparent, invites one to reflect on the combination of multiple and opposing situations : introversion and extroversion, modesty and exhibition, exclusivity and wide accessibility, micro and macro city, classicism and experimentation …

Each functional element, first decomposed, amalgamates and interpenetrates or cuts itself off, by offering the project an immediate clarity from the outside which is very resonant in the city. The flexible and evolutionary plan allows one to envisage future liaisons with the neighbouring campus, LWL.

The base of the building, the giant “ urban lounge “ favours meetings and exchanges, whilst taking advantage of internal and external green spaces and views of the countryside, thus fulfilling the liaison with the city.

The podium, whose gentle slope stands 7m below the King Ling Road, designed as a landscaped extrusion of the ground, directly linked to the urban environment on two levels – a common space and at the same time an external gallery – is characteristic of Hong Kong infrastructures. Open, sheltered by the platform above, it can host multiple events. The podium is made up of four auditoriums, a café, a space for exchanges with the design industry, a sports hall and an exhibition hall. For the roof, an urban park and sports grounds are available to the students and visitors from nearby. The large auditorium, with capacity for 700 seats, is intended to host conferences, seminars or classical music concerts, but also more recreational activities, fashion shows, pop music concerts, contemporary dance spectacles.

Covered in glass which is screenprinted white, the immaculate and minimal volume of the platform floats above the towers “like “an aerial city.”. It groups together the library, school administration offices as well as various related spaces. Its landscaped roof is accessible during exceptional events.

The towers are at once the soul of the Institute, its structure and its vertical distribution. They express the diversity and the specific nature of the disciplines represented in the Design Institute. Their appearance accentuates the platform’s immateriality, a poetic sensation and reflection of a creative environment.

This overall composition, emerging from the interpenetration of interlinked elements, defines the Institute as a timeless building and unveils its ambition of synergy, of a cutting edge school, of publicity and interactivity, destined to become a bright beacon in the city.

Concrete, glass and steel, three classic materials are implemented for a radical architectural process, a building of a different age reduced to its fundamental functions. The steel, processed into a white trellis, is used as a structural skin for both the inside of the platform and the outside of the towers. The glass of the platform gives it great permeability which strengthens the sensation of tension between the architectural elements.

The structural cement of the podium is combined with glazed facades to exceed mere functionality and create a strong visual and spatial impact.

The overall stability of the towers is ensured by a vertical steel trellis structure called “diagrid”, equipped with a conventional beam-slab floor system in reinforced concrete.

This “diagrid” system in steel offers excellent lateral rigidity supporting both the floating platform and the framework of the escalator which spans a length of 60m. HKDI is a pioneering project in Hong Kong, due to the choice of a peripheral steel trellis structural system.

An innovative structure in composite reinforced concrete /steel trellis – with upper frameworks which are pre-stressed and post-stressed, diagonal beams in steel and lower frameworks in reinforced concrete – has been introduced and developed in order to support the floating platform which spans an area of 100 m x 100 m. The composite trellises are either simply supported, or placed overhanging from the towers in steel trelliswork.

Uniformly distributed on the floating platform in two orthogonal directions, they are used to support the beam-slab floor system in reinforced concrete.

This composite structure not only provides the floating platform with rigidity and sufficient resistance, it also meant construction costs could be optimised, in so far as the budget set by the client was not exceeded. The implementation of the project also required that the architects design a 60 m long escalator structure – the longest escalator in Hong Kong – supported by a three-dimensional steel structure without any immediate support. Over and above the general design of the infrastructure work, the dynamic analysis carried out meant there could be a guarantee that the vibrations caused by the escalator engines do not cause discomfort to users. Independently of the design, the ability to construct the floating platform has been, from the initial creative stage, one of the major concerns. Sufficient tests were carried out in order to ensure that the proposed structure would be built without any risk and within a reasonable timeframe. Several construction methods have been researched, including preassembly of the main frame of the floating platform on the ground and then having it elevated into final position using heavy lifting appliances. After assessing risks, difficulty and costs linked to construction in this way, the in situ manufacturing method with complex on site assembly procedures was adopted. Finally, to reduce on site preassembly work to a minimum, the majority of secondary structural elements of the floating platform were built after completion of the main structures and removal of the scaffolding which supported them. 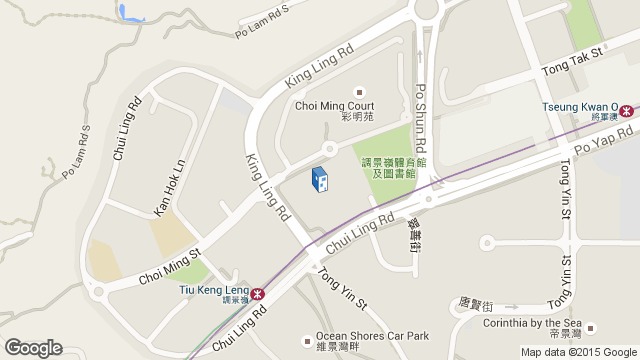 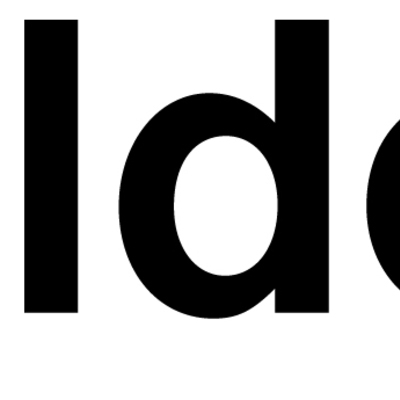 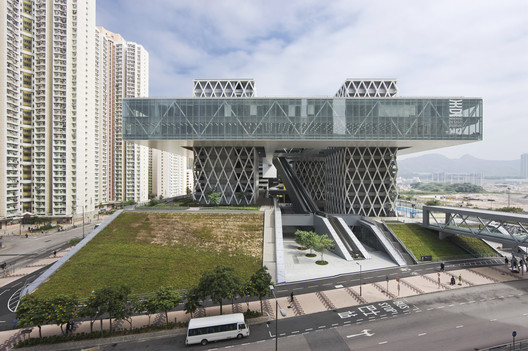