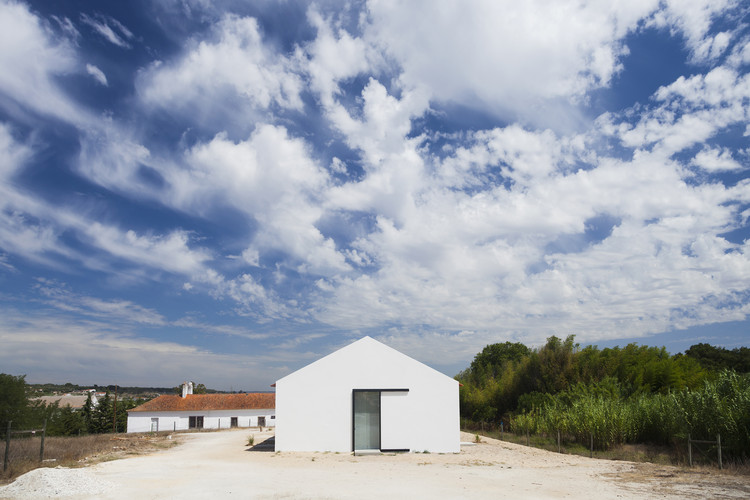 Text description provided by the architects. The intervention site is located in Alcácer do Sal, Alentejo, a region truly strategic in the country of Portugal because of its geographical, environmental and landscape features. In this area, Sado river was one of the main factors of growth due to its navigability. The extensive areas for the production of salt represented equally a strong economical development of the region, combined with the existing rich soil, which promoted agriculture. Agriculture is still the dominant activity of the region.

Named ‘Sítio das Lezírias’, the extensive property [approximately 14 ha] in which the intervention takes place, an ancient agricultural area, there are two existing buildings– the manor house, and the mews, whose rehabilitation project was done by Atelier Data. The conversion of the mews into housing, gave us the opportunity to think about domestic space and also to test the way that people can inhabit again ancient rural areas. This project is the result of the first phase of a wide strategy that aims to revive an old agricultural land, combining new agricultural techniques with a new way of living./

Design guidelines for the conversion of the mews into housing:
-Keeping the original wooden structure of the roof and the circulation axis/central corridor [the horse path];
-Conversion and redesigning of the former horses’ spaces into flexible housing units;
-Distribution of the “water cores” - functional batteries - within the limits of each dwelling unit [equipped walls];
-Recovery of traditional building techniques and materials within a logic of reinterpretation and reinvention of domestic space;

About program
There are 5 spaces, all with approximately same area: 4 you can use as bedrooms and 1 you can use as a living, with a table where you cook and eat.

The original building used to be mews for horses, with thick walls around, a beautiful wood structure in the ceiling supporting the roof and finally a corridor along the building where horse´s were driven to their own space. Nowadays the building keeps exactly this original logic where the same central corridor connects several spaces that can have imaginative uses.

About material options
We decided to use resistant and affordable materials that would fit in the logic of the new usage of the building and the old mews. The pavement was executed in stroked cement, which was then waxed. In the floor of the 5 toilets and the cooking area of the kitchen we chose handmade hydraulic mosaic, a very ancient Portuguese technic with beautiful geometric and colorful drawings. All the walls have the same finishing, also waxed micro cement, both in private, public and humid areas. Then we invited the artist João Mouro to create the murals in all washbasins with recycled materials from other old buildings. 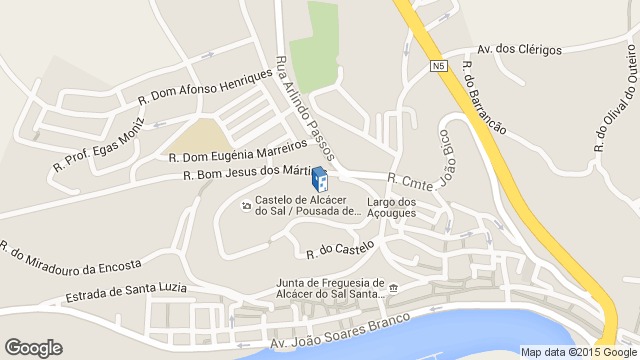