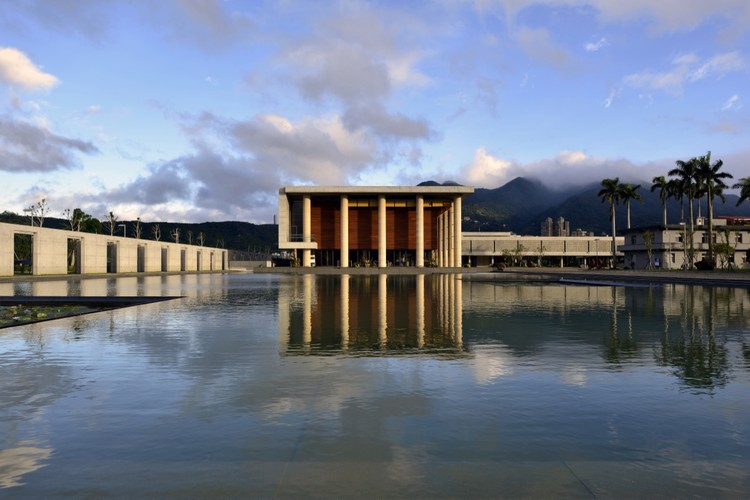 “This monastery shall be ‘Flower in space and Moon in water’.” --- Master Shenyen

When asked of what his vision for the future temple would be, Master Sheng Yen, the founder of the Monastery and Dharma Drum Buddhist Group, answered that he “sees” the temple in his meditation dhyana, “It is a Flower in Space, Moon in Water,” he said. “Let’s name it the Water-Moon Monastery”. Thus began the Water-Moon Monastery. Situated on the vast Guandu plain, facing the Keelung River and with the Datun Mountain as its backdrop, the design takes advantage of its natural surroundings and strives to build a tranquil spiritual place.

After passing through two walls of different heights that serve as buffer from the expressway outside, upon entering the temple, visitors face the view of the Main Hall that sits at the far end of a 80-meter long lotus pond. The reflections on the pond of the over-sized colonnades and the flowing golden drapes in between create a scene of illusory quality. Using architectural concrete as the main material, the design reduces the color and form to a minimum, conveying the spirit of Zen Buddhism.

The lower part of the Grand Hall is transparent, giving it an impression of its upper wooden “box” being suspended in the air. On the west side of the Grand Hall, a massive wooden wall is carved with the famous “Heart Sutra” in Chinese characters. As the lights shine through the carved-out characters, the space is infused with an aura of culture and spirituality. Outside the long corridor, the characters of the “Vajracchedika Prajnaparamita Sutra” are cast void on the prefabricated GRC panels, providing additional religious meaning while functioning as sunshades. When the scripture is imprinted onto the interior surface by the sunlight, it is as if the Buddha’s teaching, in an unspoken manner, is revealed. 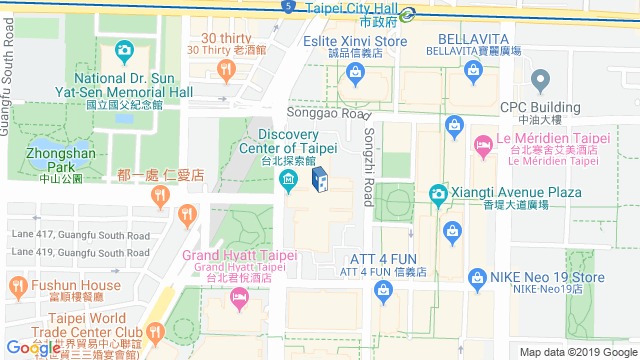