Parc Güell is a park designed by Antoni Gaudí upon the request of Count Eusebi Güell, who wanted to build a stylish park for the aristocrats of Barcelona. The Count had planned to build a housing development that would take advantage of the area's views and fresh air; however, only two show houses were completed. Gaudí himself inhabited one of them, designed by architect Francesc Berenguer in 1904. The house is now a museum showcasing some of Gaudí's work. The park is a common tourist attraction in Barcelona, and is known for its famous terrace and iconic entrance, flanked by two Gaudí buildings. 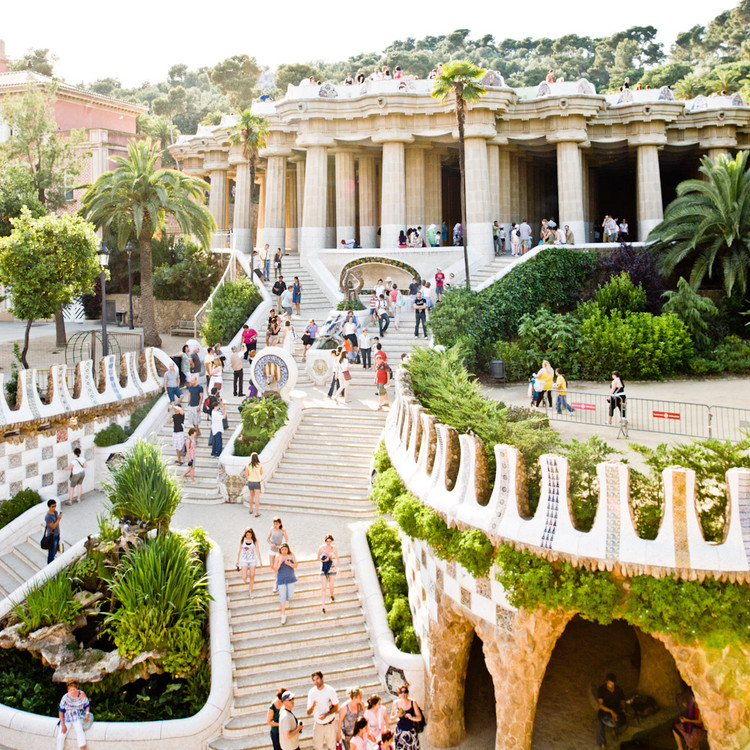 This project actually holds some similarities to the never completed Colònia Güell church, which is located nearby in the suburbs of Barcelona. In the roadways, Gaudí employs similar structural systems and materials as those in the crypt of Colònia Güell. Curved stone columns are used, as well as local brick and stone to preserve the natural feeling of the landscape. Most importantly, Gaudí mixes his flamboyant style with nature to come up with structures that rise from the ground like trees but are identifiable as built elements never-the-less. The simultaneous accommodation of and respect for nature is one of the most beautiful qualities of this work, where Gaudí is said to make visual jokes, experimenting with the relationship between nature and architecture.

Parc Güell's largest attraction is a terrace that overlooks the city of Barcelona, contained by a curved bench flowing around it. Mosaics, ceramic shards, and iron balustrades are all used to create this space, and the comfort of the rigid bench is remarkable. Throughout the project colorful tiling is used as well as playful mosaics and surface treatments. The architecture elegantly accommodates the qualities of the existing landscape, becoming an extension of the landscape itself. 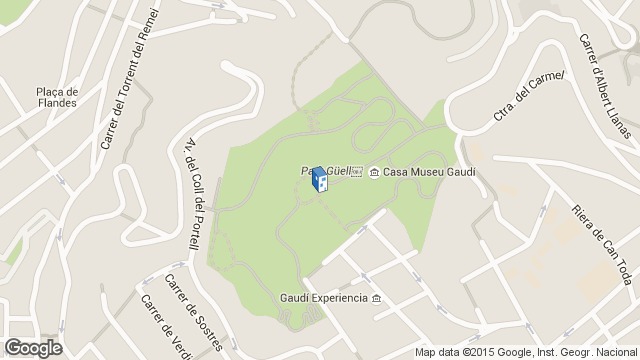