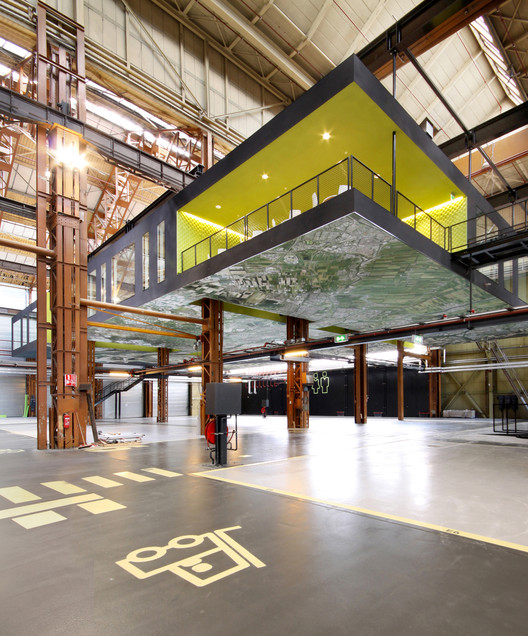 Share
Or
Copy
Other Facilities, Offices
•
Rotterdam, The Netherlands

Text description provided by the architects. In the heart of the ports of Rotterdam, Groosman Partners Architecten used a crane track in a former machine hall to suspend 1000 m2 of office space. The hall is situated on the terrain of RDM (Rotterdam Dry-dock Company), a former shipyard recently rebuilt into a campus for education and innovation. The Innovation Dock is in use by schools and small-scale and innovative companies operating in the mar-kets “building, moving & powering”.

In order to achieve a logical system on the ground floor Groosman and Partners used a urban design like grid painted on the floor. Because of the enormous height a large part of the inner volume of the halls remained unused. Groosman Partners Architecten launched the idea to add a second grid system on the level of 8 meters high, to double the usable surface of the halls. Several ways of use can be implemented within this technical framework and change of use can be easily realised. The plug-in system is extendable as well as dismountable. The floor underneath the added structure is used for production as well as events. Referring to the concept of a city inside a hall, a large photograph of a detailed satellite image of the port of Rotterdam was placed on the underside of the office.

The idea of the shelving unit derived from the unused crane tracks, which demonstrated their carrying capacity before. The extra loading capacity is used to “hang” the new functions in the structure. The first unit, the intermediate floor with 1000 m² floor space, is accessed by an external staircase and elevator. These are connected to a system of gangways which lead to the several additional units.

The units, designed as steel structures with light and flexible fill-ins, are attached to supporting beams in between the crane tracks. The suspended level coinciding with the existing construction is kept open, whereby voids are created. In doing so the structure is maximally exhibited and a reference to the former industrial use is assured. 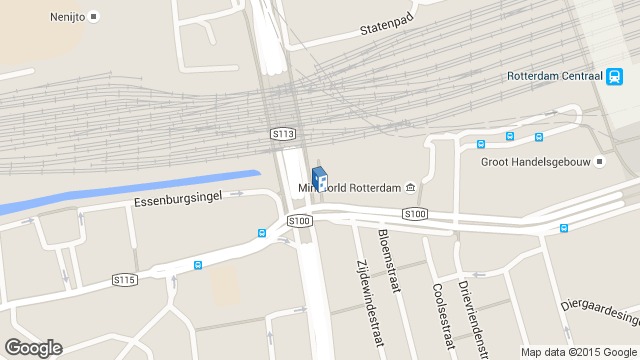 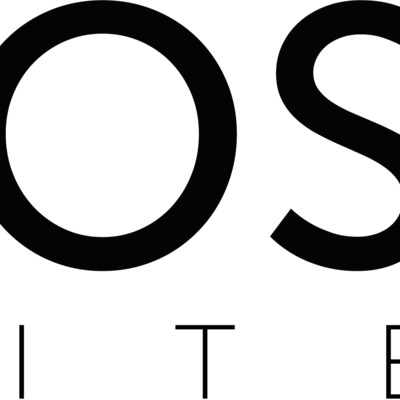