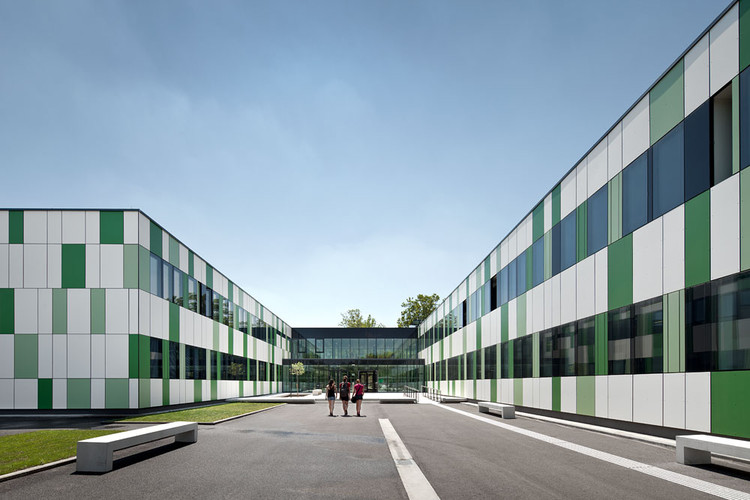 Text description provided by the architects. The Bundesrealgymnasium (secondary school) in Neusiedl am See is a strictly orthogonal school complex dating from 1972. Three two-storey classroom wings running north-south and a gymnasium wing are connected by a single-storey volume running east-west. The commission involved refurbishing the school building and adding a new circulation wing to it. The single-phase competition open to entries from throughout the EU which was organized by the Bundesimmobiliengesellschaft (BIG, a quasi-governmental company that manages Austrian publicly owned real estate) was won by the working partnership of SOLID architecture / K2architektur.

The design for the extension preserves the orthogonal character of the existing school. In place of the single-storey connecting element a new two-storey volume is erected that connects the three classroom wings with each other on both levels. In addition to the central staircase this new building also contains an elevator that provides barrier-free access to the entire school, a multi-purpose hall, classrooms and areas used during breaks from lessons. The latter areas are on both ground and first floor. Large areas of glazing towards the south offer a view of the recess yard planted with large plane trees. A projecting roof slab prevents the rooms from overheating in summer. A single-storey connecting building running in an east-west direction houses the afternoon care facilities, for which a new internal courtyard was created. The common room for afternoon care can be connected to the dining room and has a terrace in front that faces south, onto the new courtyard.

The open, transparent connecting wing with the areas for school breaks augments the existing compact – and rather introverted – classroom wings. The extrovert central section that is oriented towards the open spaces increases the overall clarity of the school complex. The publicly used areas and recess areas relate directly to the outdoor spaces. The colour concept for the building responds to the impressive existing trees on the site. Borrowing from the shades of the large plane trees in the recess yard, the dominant colours are green, beige and white.

Particular emphasis is placed on achieving a good energy balance for the building. The building envelope is upgraded to meet current demands in terms of building physics. The existing classroom wings are given a back-ventilated façade composed of green and white panels. The lively colour of the design provides an identity for the school as a whole. In the interior all the floor, wall and ceiling surfaces are renovated and designed in accordance with the colour concept for the school. The façade areas of the gym hall are thermally upgraded by applying a white external insulation and finishing system.

The design of the outdoor spaces is determined by a large “deck” that adjoins all the public areas on the ground floor and blurs the boundary between indoor and outdoor space. This deck connects inside and outside without a change of level and has the same finish as the areas used for breaks in the interior of the building. Projecting roofs on the south side further blur the boundary between inside and outside.

The goal of reducing energy demand as far as possible and the aim to use an ecological construction method for the new buildings are both met by using timber composite constructions: the two-storey connecting wing is built of timber and steel, the afternoon care facilities of timber and reinforced concrete. Compared to massive construction this method is considerably more sustainable in ecological terms, especially regarding global warming potential. 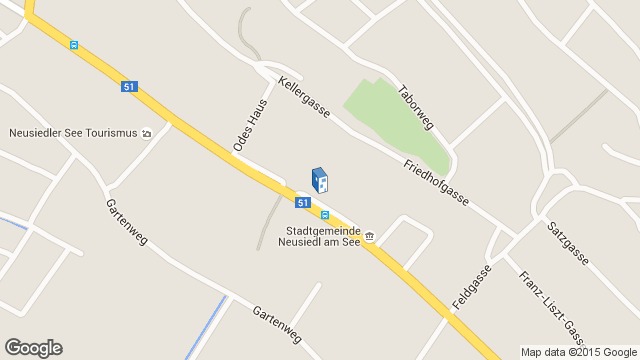 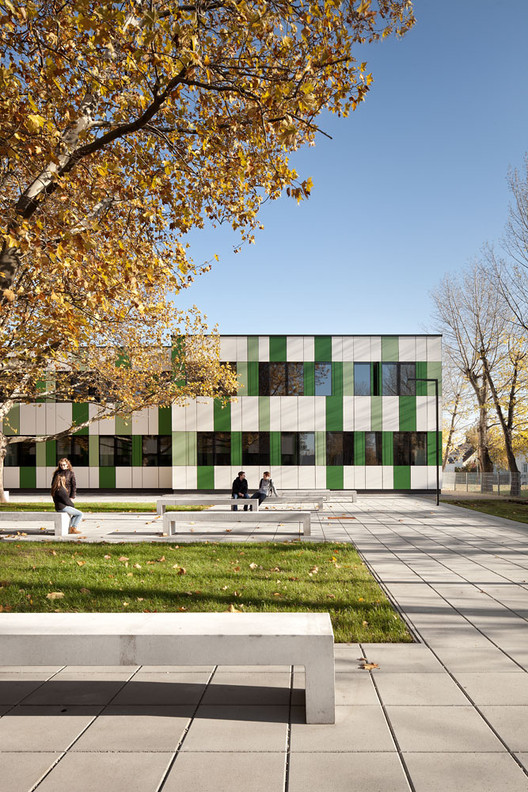