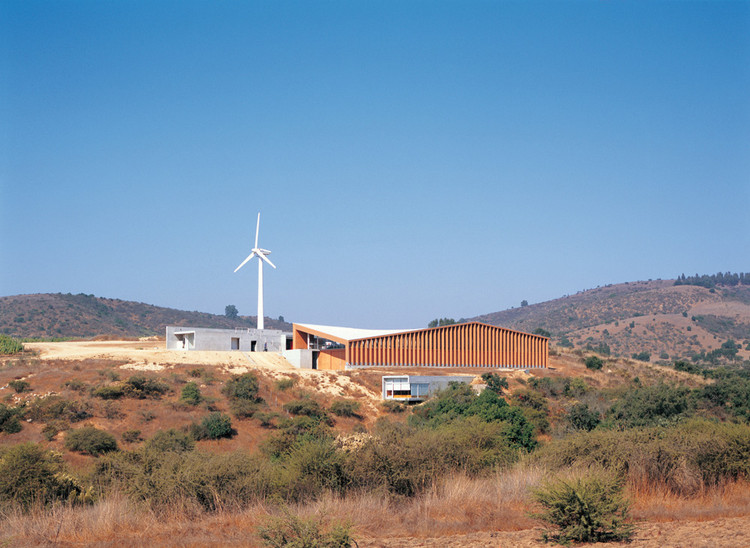 Text description provided by the architects. The assignment was to design a winery for White wines and Pinot Noir on a site already settled by a wind generator. The proposal was to create a winery which had the environmental and gravitational conditions required for wine-making, using self-generated energy, building with renewable materials, making use of the existing steep slope and giving the right sunlight control.

The site is located on the highest point of the vineyard and connects the upper level with the creek that crosses the vineyard by a steep slope. The project is situated in this slope and creates four different levels, with a difference in altitude of 12,5 meters, offering the gravitational conditions required for wine-making.

The aim of the project was to create a nucleus within the vineyard in which the different areas of the winery would link up the wind generator as well as being interlinked. The generator imposed a scale on the site by settling it. It was important for the project to respect this scale to enable the different elements to work and connect together. The layout was divided up and some areas disappeared by using retaining walls, used to solve the steep slope issue. The layout was divided by spatial requirements and organized by the wine making process. The retaining volumes interior spaces represents the 50% of the total surface, and are different in appearance and exposure. They range from being completely exposed to completely hidden, buried. This creates different environmental conditions in terms of temperature, humidity and stability as required for the wine making process.

There were only 6 months to complete the construction stage, so certain measures had to be taken such as having two contractors working simultaneously, helped by the divided layout. One of them specialized in manufacturing and assembling the laminated wood structures.

The fermentation room was made completely of laminated wood (Radiata pine) and its design was centered on two main objectives:

The first objective was to achieve a complex spatiality and atmosphere using simple prefabricated elements with simple mounting procedures. For the final design 50 single-slope laminated wooden frames were used to define two double slope main facades which are inverted to create a double curve on the ceiling. This system also solves the problem of rainwater runoff. Located at singular geometrical points outside of the wooden frames are two important elements: The first is a steel double T beam which holds the roof eave of on winery deck. The beam is located at the pivotal point of the laminated wooden beams and also acts as an upper support for the large glass windows which look out onto the deck. The other is a command bridge which stems from the wooden frame and creates the transition from a negative to a positive slope at the highest point of the building.

The second objective was to give natural light to the fermentation room and transparency to the winery deck without compromising the environmental conditions required for the plan. The aim was to provide natural light and views without having direct sunlight hitting the stainless steel barrels. For this, solar effect diagrams were used and a sequence of 85 x 700mm wood pillars was installed spaced at 1 meter intervals protecting the barrels from the west , and subsequently protected by the structural plywood wall. 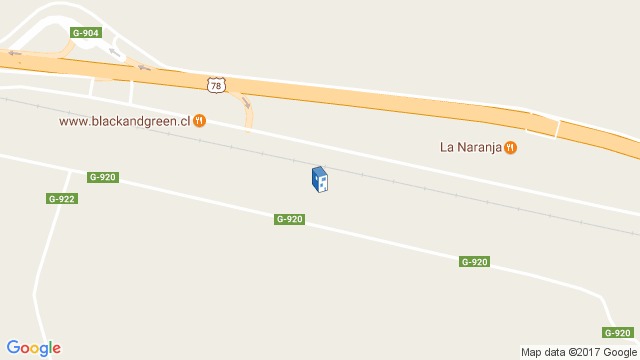