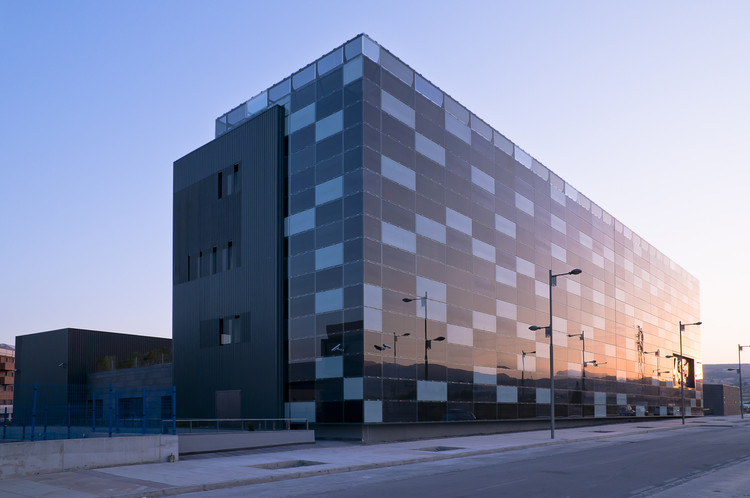 Text description provided by the architects. The available land and the functional use of the building led us to think about a high-rise building. The position, aspect, orientation, direction and shape of the plot of land were determining factors in its implementation and planning.

The front of the lineal block facing south-east, seen in a very rational way, allows a view of the Sierra Nevada and the fertile plains of Granada. The facade facing north-east, is shown with a more irregular solution, in tune with the views of the consolidated city, houses all the laboratories’ support units.

In this way a conceptual approach takes place whereby a knowledge-research duality is produced. This reproduces the duality between consolidated city and new city; the part of knowledge which transmits strength, experience, protection…. ‘embraces’ the research part which identifies with new things, with things of the future and with all that which has yet to be made. Walking through the inner corridor with every single wall being planned and executed to refelct the vision of conceptual duality, one will participate in what is consolidated and what is in the future, in knowledge and what we have yet to learn.

The coating of the building reflects the proposed functional concept; highly technological, based on partially photovoltaic glass in the rational facade and with a ventilated facade made with corrugated aluminium sheets positioned vertically with discrete apertures in the facade which faces the consolidated city.

The programme is developed in five levels (basement + 4); the basement being designated for parking and services.  Basically it consists of a linear block in double centerline which houses all the research units and their support zones (laboratories) in the four levels. The ground floor serves as a base, taking up the whole plot of land, holding common spaces  and the entrance hall. The building has a gross floor area of 5.633m2. 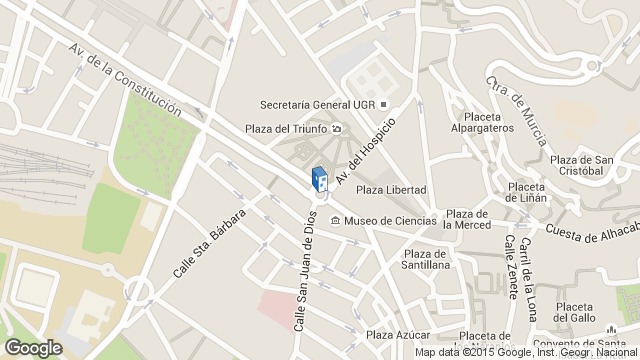