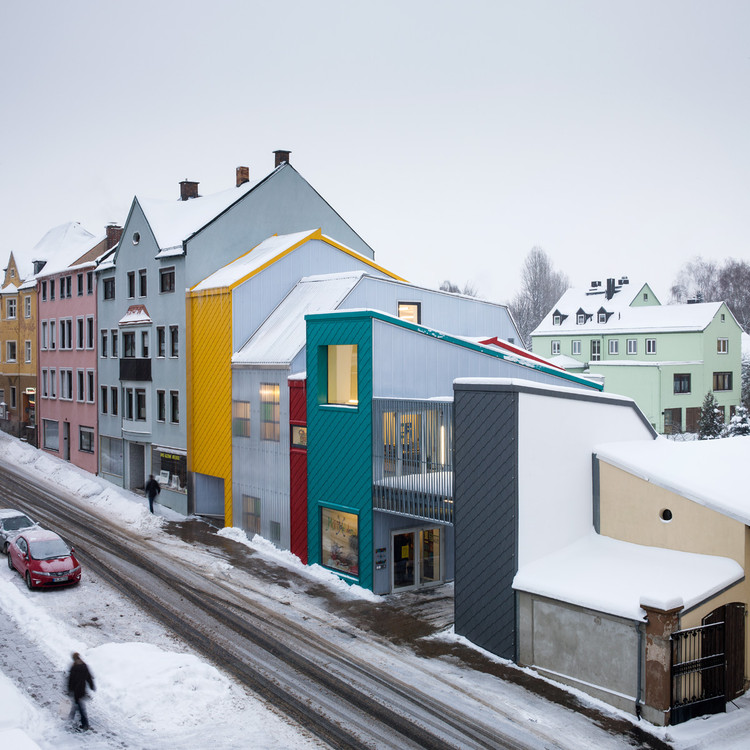 Text description provided by the architects. The project Childminders Centre (Haus der Tagesmütter) is the first of four buildings which are currently under construction as an implementation of the proposal awarded with the 1st Prize in the International Competition Europan 9 in the city of Selb, Germany. This first project, finished on September 2012, has been also awarded with the Biennial International Prize ‘First Works-2013’ by the German magazine Bauwelt.

Childminders Centre (Haus der Tagesmütter) is part of a global urban strategy whose aim is the reactivation of the center of the shrinking city of Selb by integrating and attracting young population. We are proposing a “Preventive Urban Acupuncture”. This strategy consists on making small insertions in the existing urban fabric, like precise and quick shots, which will trigger an entire reactivation of the social dynamics of the city.

Childminders Centre (Haus der Tagesmütter) is a program self-managed by mothers associations with the aim of taking care of babies during office hours and children after school hours, making conciliation of family life and work easier. The proposed system is characterized by its flexibility. It consists on organizing the project into specialized programmatic stripes, which work by addition. Existing urban voids among buildings are filled in with these stripes, and so urban facades of incomplete blocks become continuous.

Roofs and facades of the Project use the same material along every stripe. Scale and color of these pieces are adapted to the domestic scale of the neighborhood as well as the public use of the building. So integration and differentiation joins together to establish a nice dialogue with the Bavarian urban landscape. Programmatic and spatial specialization of every stripe results in the use of specific materials and colors, providing the inner space with a code which combines color, use, activity timing, acoustic environment and energy demand. 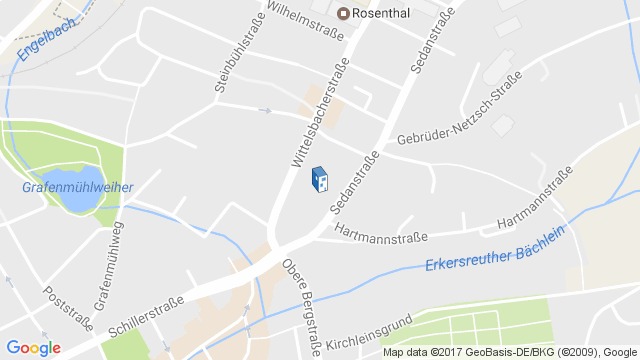