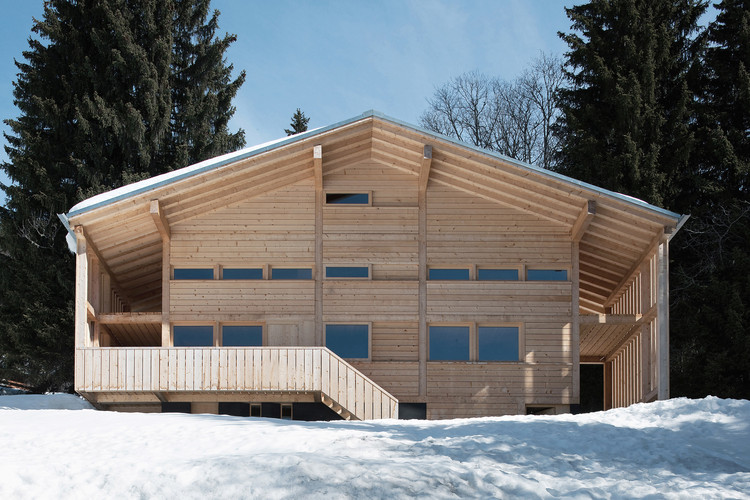 Text description provided by the architects. The appearance of the chalets is anchored in the experience and images of an immovable world view. The building regulations of the individual communities dictate the rules by stipulating the materials, forms of the building openings, alignments and roof angles.

The project is an attempt to follow the tradition from which those regulations were derived; they concern the relationship of the building, which was constructed in a simple manner with the terrain, the alignment, the use of the rooms and the building traditions. In old chalets, the structure, the ground plan and the expression are inextricably combined.

The project began with research on that mutual dependency. The structure with pillars and beams is apparent through the design of the building openings around 360° of the building’s shell. A concrete tower occupies the central point of the square floor. This structure for stiffening the building is also the chimney and the heart of the building, a reference to the model of the chimney column in old chalets. The project corresponds to local building tradition through the two-meter high floors, the basement that is limited to the ground plan area and the creation of covered exterior spaces. 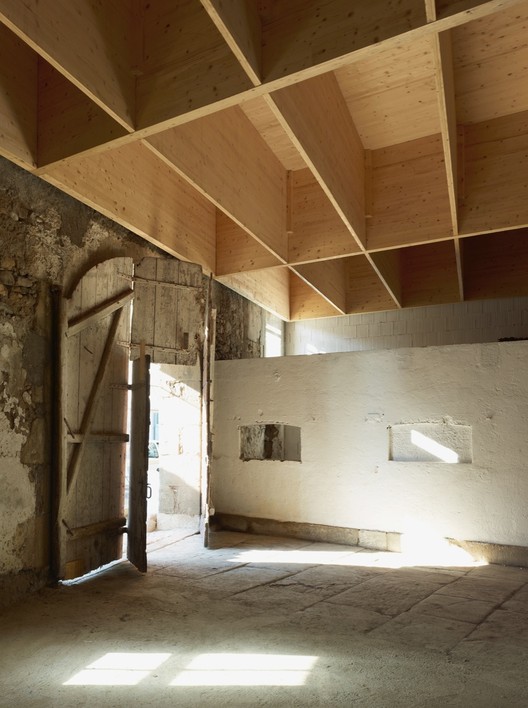