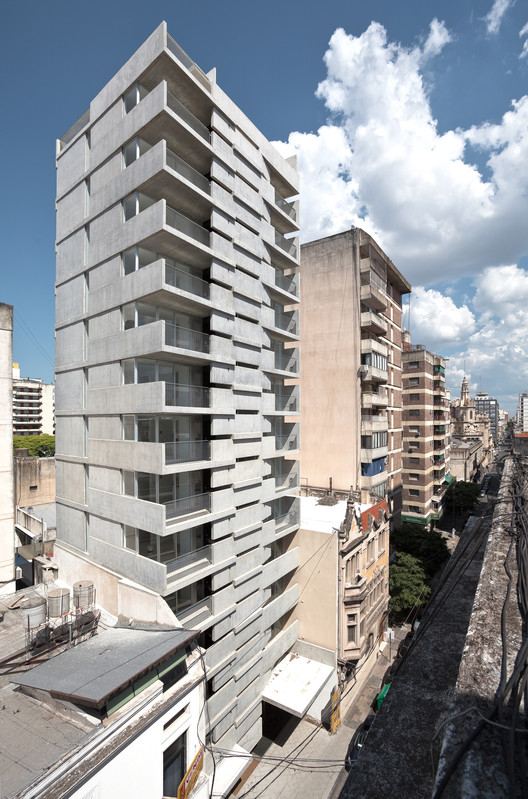 Text description provided by the architects. The Project is located in Rosario city, which, like most of Argentinian cities, it´s layout is homogeneous and organized (an endless repetition of squared shaped blocks) and totally heterogeneous in it´s elevation… the opposite of the historic European city: unstructured in it´s layout with an organized and continuous elevation. The project takes the street order and plays it´s role in the unstructured urban elevation.

It is a building with a Ground Floor and 15 storeys, with 2 parking levels, where the structure design is determinant. Although it is between dividing walls, the two lower neighbours transform the building in what seems to be a tower. The structure is solved only with a perimeter made of concrete walls and a single large column, which not only works as a structural piece but also allows the vertical movements of people, and contains every infrastructure systems.

The beams system in the façade transmit all the weight to the centre of the building, and also  works as a fixed ventilated sunshade in a 60% on the west façade, and the 40% remaining are balconies. The continue alternation between slabs and beams makes several windows for laundries and the staircase. This piece, fully made of reinforced concrete, solves the construction stages making small vertical movements in each piece avoiding constructive marks on the concrete. Inside the apartments there is a second wall to contain the infrastructure systems, to make partitions, and to provide heat isolation. 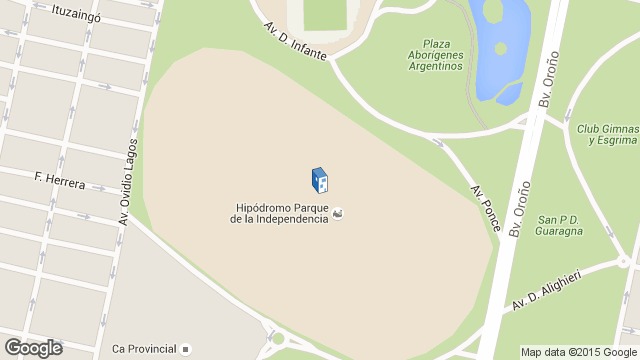