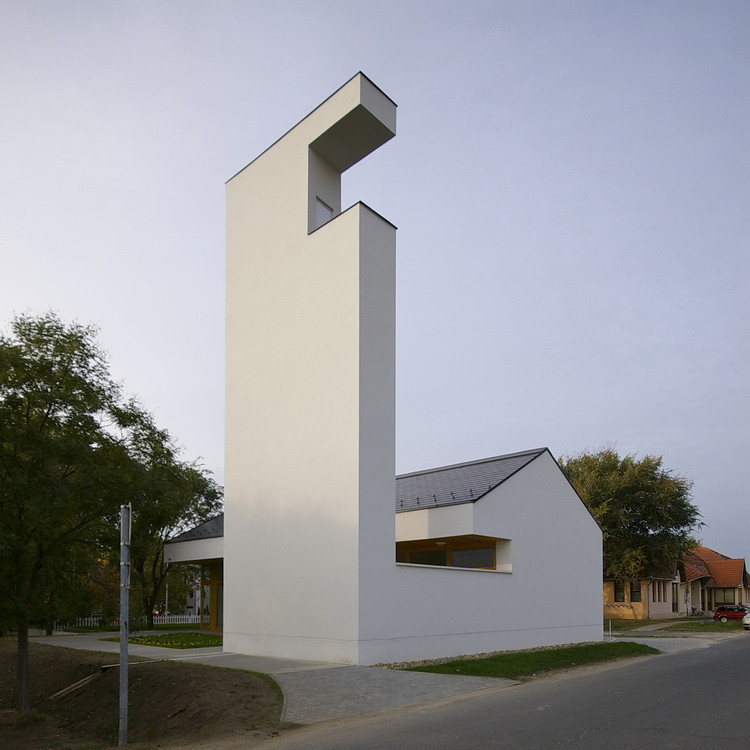 “… but love builds people up” 1 Corinthians 8

The design process was preceded by an architectural competition. The SAGRA Architects’ design was rewarded as the winning proposal.

The congregation house is multifunctional: besides operating as congregation hall it houses catechism classes and programmes, fulfils social duties and charity tasks. As the building is also an eco-point, its programmes play part in spreading ecological thinking and teaching sustainable behaviour.

The basis of our concept during the design of Szolnok Reformed Church Congregation House was to create an open, clear and transparent space that still represents protection. Due to its architecture the building serves as a suitable place for worship and community occasions.

The building complex has two parts: the single-storey, cantilevered volume of the Congregation house with gabled roof and the Bell tower. The Bell tower is an organic part of the complex. The wooden terrace, inserted between the Congregation house and the tower extends and opens up the internal community space through a fully openable glass wall. The cantilevered roof creates a transition zone between inside and outside. The south facade is shaded by the strongly cantilevered roof in summer, while it lets in the sharp angled sunbeams in winter. The composition of the buildings is completed by the lavender garden, the floral garden and the lawn garden with seating and water surface.

The main access to the building is from south, from the street. Here the visitor is lead through a pulled back ,transition entrance area. The Bell tower’s volume leads into the site. The walls, built on the southern and western site boundaries are the integral parts of the complex, symbols of protection, but open up and lead in at the same time. Placing the buildings on the site boundaries is also part of the local building regulations. Through  these walls open up, the site becomes private but still open for passing through from all directions. The Congregation Hall is extendable towards the wooden terrace. The terrace becomes the full, open-air part of the hall in summer.

The materials used reflect the spirituality of the building. The white plastered walls and black slate roof suit to its austerity and noble simplicity. The doors, windows and the south facade of the building are covered with stained wood, as well as the underside of the cantilevered roof.

As the building is also an eco-point, its programmes play part in spreading ecological thinking and teaching sustainable behaviour, so we considered this aspect during the design process. The heating and hot water supply of this low energy, economical building is solved by an air to water heat pump. The heating is radiating surface heating (heated floor and ceiling), the cooling is provided by radiating surface cooling from the ceiling.  The temperature of the spaces is controlled by thermostatic valves. The south facade is shaded by the strongly cantilevered roof in summer, while it lets in the sharp angled sunbeams in winter. 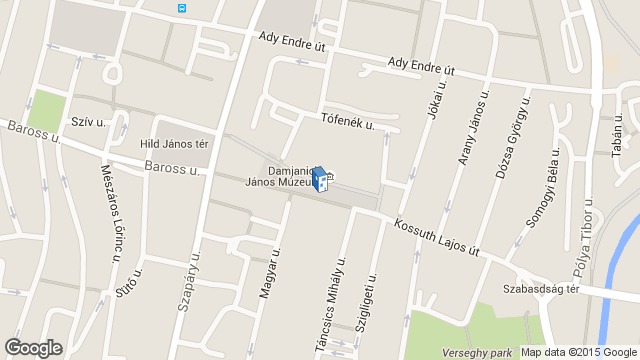 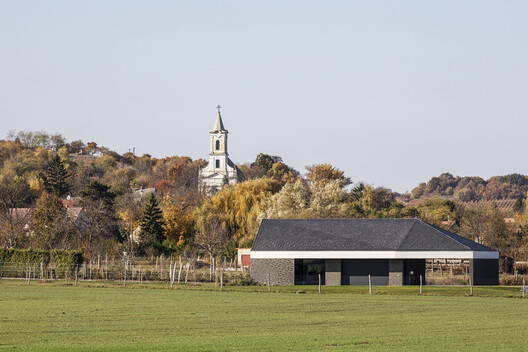