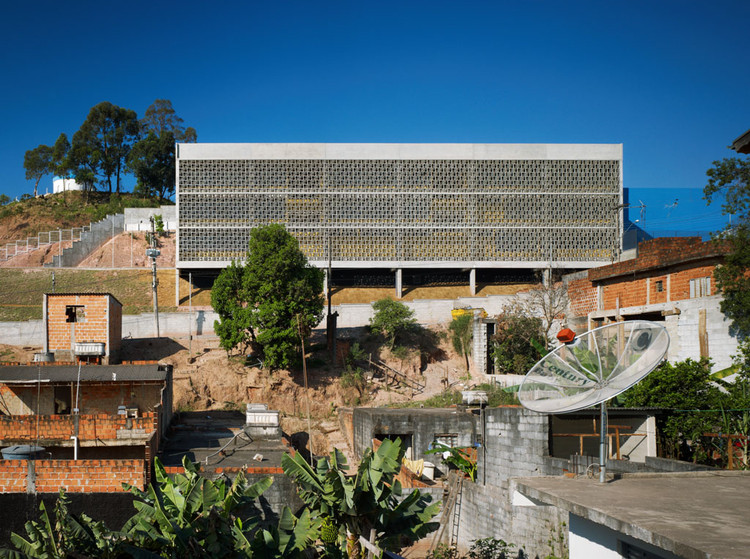 Text description provided by the architects. As a result of a recent program by FDE, Foundation for the Development of Teaching, the primary and secondary state schools built by the Government of the State of São Paulo have in common, as the choice of their constructive system, the industrialized components, the room program and the leisure areas, the articulation between the spaces and the intention to create a comfortable place, with qualified architecture for the occupants of the schools and the teaching practice, combined with a extremely low budget.

Since the beginning, the intention was to create a large integration between the public and the semi-public spaces, between the internal and the external sides. Thus, the complicated site was treated so as to provide a large access square to the school which, when their doors are open, is transformed into an agreeable space of gathering for the community. This space is complemented by the rest of the ground floor of the building, which has a multisport court, a covered multi functional space for several activities and a recreation space in the back part of the lot. During the weekends, all these articulated spaces serve as a leisure area for the local population that is so much in need of this kind of space.

The structure of the school is entirely composed of pre-molded concrete elements. This system, chosen for the control quality of execution, the speed in assembling and the accessible cost, provides the character of the school. The structure is modular and corresponds to the dimensions of the main internal environments.

The building has a three storey block and another one just with the ground floor, where the multisport court is located, with a high ceiling. The other pavements are occupied by the classrooms, environment rooms, computer and storage rooms, besides the teachers’ and the director’s rooms.

The covered multi functional space, on the ground floor, has double height and is totally open for the external leisure area.

The concrete structure of the building extrapolates its limits, also supporting the shadow elements (brise soleil). On the front part, open concrete elements with irregular openings are grouped so as to from a large mosaic which filters the light. This concrete mosaic creates interesting visual forms, both from the inside, from where it seems to frame the landscape, as from the outside, from where it looks like a giant panel. During the night, when the classrooms are lit, the mosaic doesn’t look so strong and the school gains a lighter and more diaphanous aspect.

On the back part, the part with double height in the multi functional space, the shadow is created by perforated aluminum tiles. The multi functional space, which is the organizing element of the entire school, is a place of multiple uses, used by the students for several activities, but also by the community on weekends and special events. It remains completely open for the external space and the shadow element is applied higher. The perforated tiles allow the light to enter during the day in such a way that they get practically transparent for those who are inside the galpão, enhancing the feeling that there is no clear limit between the internal and the external sides of the room. During the night, with the internal lighting, this sensation is inverted, and the observer who is on the external garden has the feeling that the school is totally open for the community. 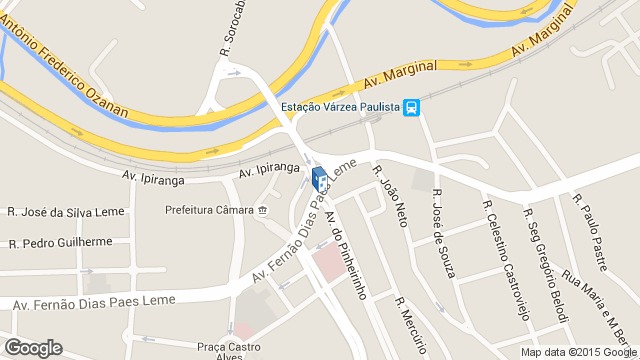