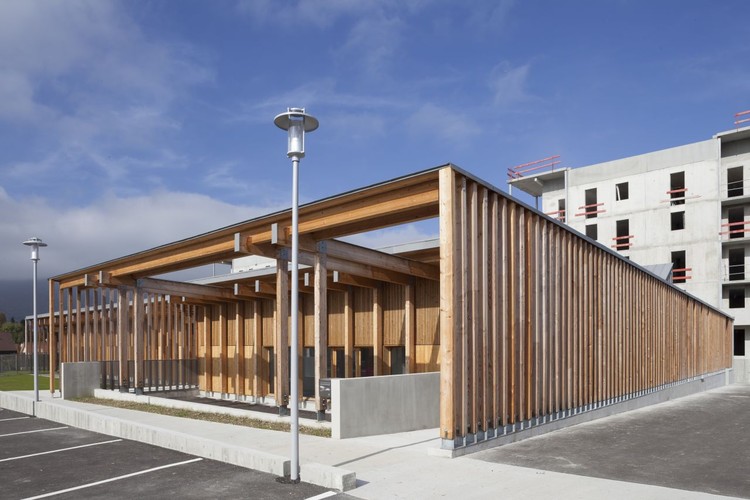 Text description provided by the architects. The Centre de la Petite Enfance (early childhood center) was built on the green and pristine outskirts of Saint Genis-Pouilly, right next to Geneva and the CERN, right at the border between France and Switzerland.

The site is to become a new ensemble of housing and public buildings, which the new tramway project will connect directly Geneva. It is the first passive building to be installed in the Pays de Gex. Its energy consumption was engineered to remain below 30 kWh/m2 a year.

The general shape of the building was dictated by environmental considerations, and elaborated in response to the local natural and urban landscapes. Standing right outside the new neighbourhood, west of the new access road, our building marks the transition between the new site and the existing residential area located south.

Following the new road to the east, the Centre de la Petite Enfance is a simple volume, which unites with the Jura in its own linear way.

On the south side of the building, the shifts allow the building to shadow to the triangular shape of the piece of land. The three spaces dedicated to children respond to the proportions of the pavilions across.

The building was stretched along the east / west axis, in order to reduce depth on the north / south axis and increase sunlight.

On the other hand, the north side of the building isn´t opened to the outside, with the service units working as a thermic buffer to insulate the main spaces. The construction is subject to intense sunrise and sunset. Trellised screens were installed on its east and south sides. The extended roof also protects the building from the most intense lights.

The building was pinned to the ground in such way to offer the smallest wind resistance. This configuration allows a gentle integration into the site and reduces the importance of the building’s foundations and infrastructures.

Wood was chosen for ecological and economical purposes. As a natural and renewable material, it presents no risk for health and minimizes carbon emissions. The larch that was used for the construction allows a high level of prefabrication and do not require any treatment whether for the facade of the building or its inner structure.

The wood structure of the north side and patios is combined with concrete, thus guaranteeing an optimal thermal inertia within respect of the seismic requirements. The wooden structure was filled with whitewash and hemp to create an efficient insulation wall. The airtightness of the building was particularly looked after from the early studies to the building site.

A large and flat roof covers the whole building, bringing together as a whole the different volumes it is made of.nSeveral openings were created on the green roof so as to offer skylights and patios.

A narrow shed overlooks the green roof north side of the building. The inclined roof of this shed integrates solar panels and photovoltaic cells, zenithal lighting, and a technical unit made out of zinc. The unit, with its thin silhouette and integration within the architecture, avoids elements sticking out of the green roof.

Inside the building, the wood structure and the natural light give the space its rythm. The repetition of the structure has permitted the development of precise assembly details, thus participating in defining the interior architecturally.

White painted walls with hints of colors facilitate the integration of toys and furniture for the kids. The simplicity of volumes and lines and the proportions adapted to the life and vision of the children offer a serene and welcoming setting, intentionally avoiding any “puerile” connotation. 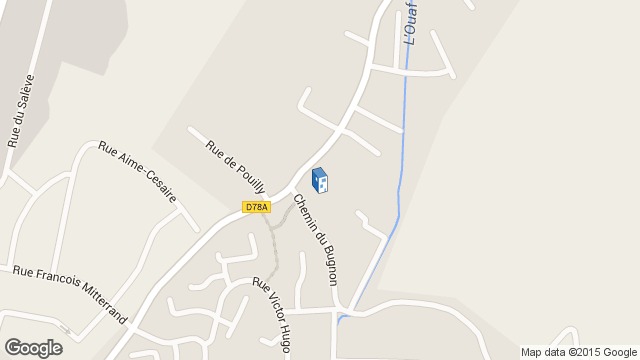 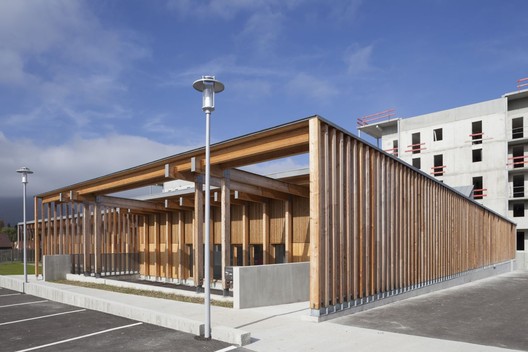