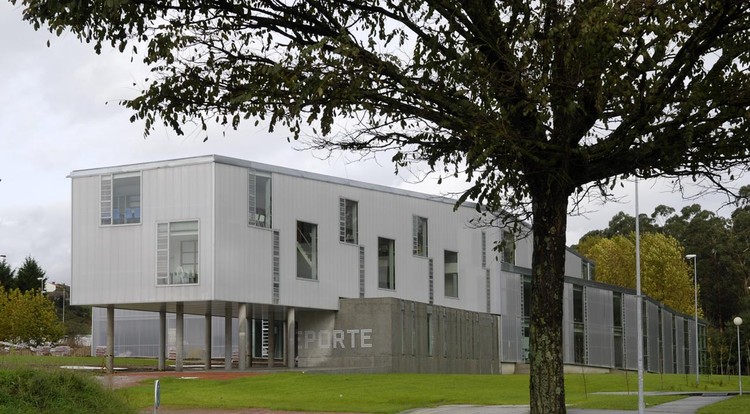 Text description provided by the architects. In the planning of the Campus of Pontevedra and the buildings of the faculty of education sciences and the CATRI (centro de apoyo a la transferencia de resultados de investigación, Transference of investigation results support center), those geometries shaping "local traces" and a nature still with potential, superput on the intention of creating an atmosphere that results from the permeability and presence of the environmental peculiarities, added to the decision to make the diverse activities of the university life take part among them, through two mechanisms: visual continuities in horizontal and vertical section, and conversion of circulation spaces in relation areas. Thus we obtain multiple scales and environmental sensations.

It leads to taking the most of re-live the river as organizer of the city, to deal and to propose the campus as community space of culture and leisure, and to recover the area of the campus and the river as park and as defined ecozone.

The central area of the campus is pedestrianized and creates a central covered main square covered as a place that holds different events, which "sews" the buildings today isolated.

The landscape treatment joins the values of the natural space with the cultural place, coming together an ecozone of bank with a constructed garden, and the campus joins across entail with the river in the net bank path network that connect with the city.

Working with the woodland density so that without losing the physical consistency of the bank, makes this one visible and accessible in the campus central zone, while there is kept the density of ferns and woodland that makes it leafy and withdrawal in others.

A landscape of diverse prunings of the central meadow, is promoted by season plants in a dialogue between everlasting and seasonally areas of the campus.

CATRI's building is raised as reference that "anchors" visually the campus to the city that belongs to, as presence of a fundamental and public institution. Placed in the center of the new "square", it passes to form a part of the elements of reference of the landscape, showing above the new woodland of the campus.

The program, with autonomous and differentiated parts, is organized so that every module occupies one floor or one duplex. Its links are the communications nucleus and being involved in a double skin that unifies and allows them to optimize its energetic functioning.

The exterior skin of the CATRI doubles, shaping a covered square that is constituted as Pontevedra climate in the campus heart.

We imagine the construction with an appearance sensitive to the environmental changes with which it intergesticulates, light and ethereal but at the same time with a spatial definite presence. The interior modules face with panels of colors finish, taking an exterior translucent or transparent cap according to the case.

The place where it is located, the desirable and nearby presence of the river, and the diverse ones and so different uses, make natural a building of Sciences of the Education, which seeks with decision connecting and opening out for the wealth of the place.

The building tries to exploit the enormous wealth of scales and activities of its program turning the spaces of transition and circulation into mechanisms that make share the diverse activities and give them more presence. It is formed in bands of different heights by galleries of stay and distribution orientated to the south and to the campus central area, separating the program in well-defined blocks according to uses and spatial needs. 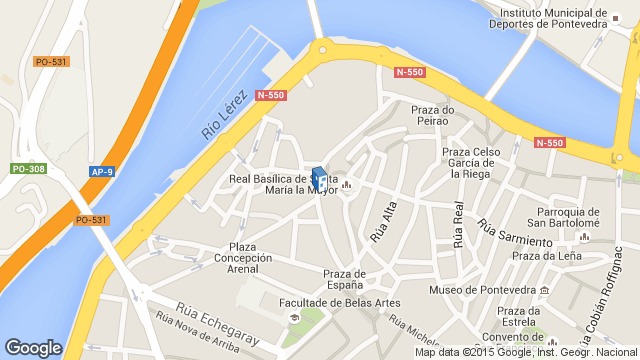