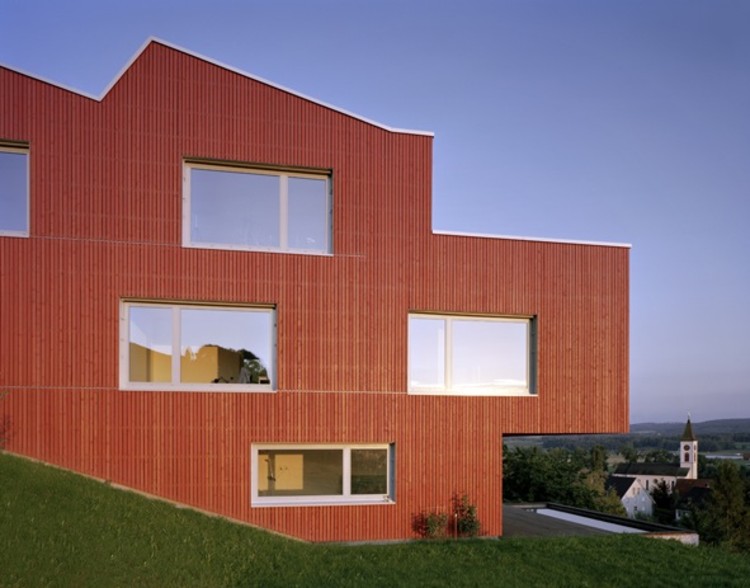 Text description provided by the architects. The 300 sqm single family house lies on a slope at the edge of the village of Üsslingen in the Canton Thurgau. It is a prefabricated timber construction on a pre-cast concrete basement. The positioning of the building itself results from the topographical conditions.

The house is entered on the top floor (living area). From there one descends down past the sleeping area on the middle floor to the basement (work/cellar) and further on to the outdoor pool on the terrace. The idea of the triple sawtooth roof originally derives from the local building laws that only allow pitched roofs, the latter of which connotate with the typical factory roof when lined up in a series.

Thus the top floor of this small “factory for living” is divided into three areas for working, cooking and living. 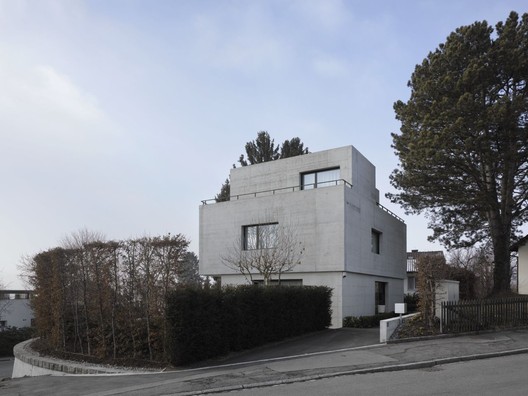 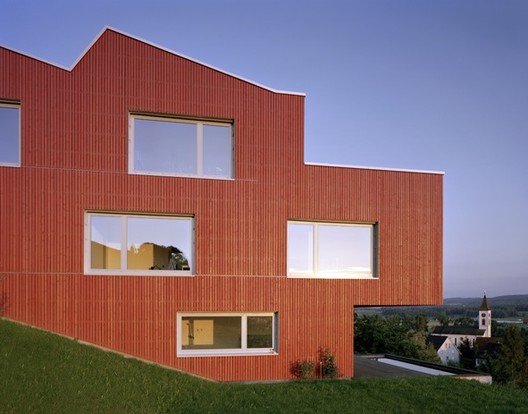