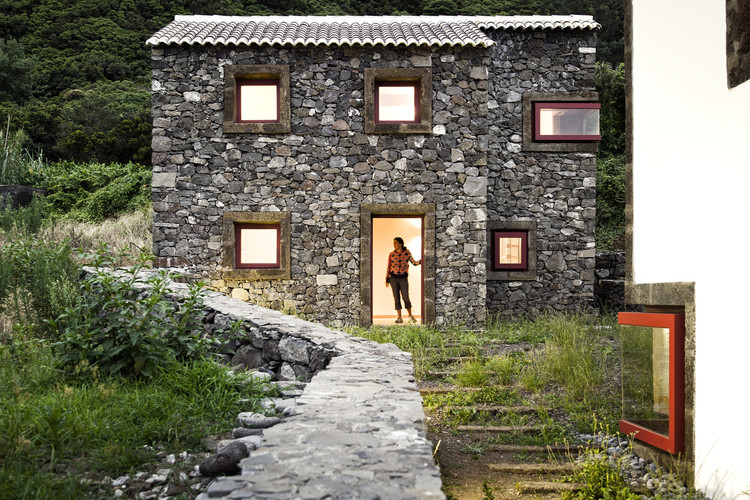 Text description provided by the architects. An interpretive center is a building devoted to a didactic-pedagogic perspective that seeks, above all, to make known "in situ" space, theme, or content in which it appears. Thus, the Interpretation Centre of the Faja da Caldeira de Santo Cristo is part of a global intervention idea that the Regional Secretariat of the Environment and the Sea has been developing in the region, which was established with a set of criteria for the suitability of the place, as well as a specific program that appeals to the "internalization", dissemination and development of the natural heritage in question./

Objectives
The environmental interpretation center articulates and controls the entire area that, in the future, it will also include a campsite which will be established in Faja da Caldeira do Santo Cristo. It is thus, the first contact information intended to disclose "in situ" and shall have as an essential function, the explanation of the environmental values ​​at this location are of high value, namely:

• streamline and enrich the visitation of Faja de Santo Cristo;
• awakening the environmental education related to the interpretation of the values ​​of landscape and countryside;
• create interpretive natural routes and architectural heritage;
• develop knowledge of marine and coastal habitats, as well as its diverse fauna and flora

Project
The entire project consists of 2 buildings: the Environmental Interpretation Center and an apartment to support research, reconstructed according to the original plans. The surrounding stone walls were kept and redefined, as well as the existing drinking water sources.

Building 1: The first building, the Center for Interpretation and Environmental Monitoring, consists of two floors, an existing interaction between "modern" and traditional. With the shape of a "T" (architecture prevalent in traditional houses of Fajã), the main body relives the features and design of the original facade, keeping the sash windows and doors of stature, including the materials, whether it be the wood frames or the doorposts and beams in basalt stone from the region. The perpendicular body formerly designed the kitchen, keeps the facades and stone chimney in sight, introducing, however, some contemporary elements, so the connection with the campsite is forthcoming.

Building 2: The second building, intended for a temporary apartment, appears on the array from a previous roof, modernized and adapted according to the new functions which it is intended. It incorporates 2 floors, functioning almost as an open-space: Floor 0 consists of the kitchen and living room and the 1st floor consists of the bathroom and bedroom. 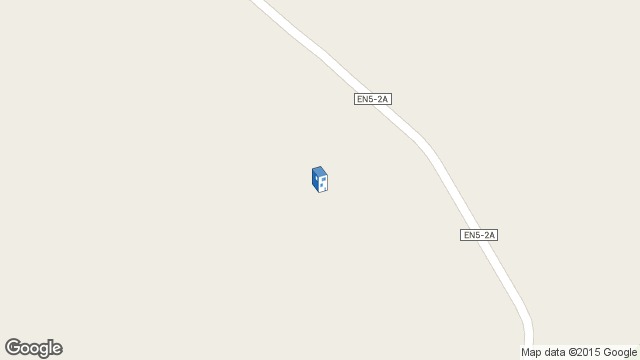 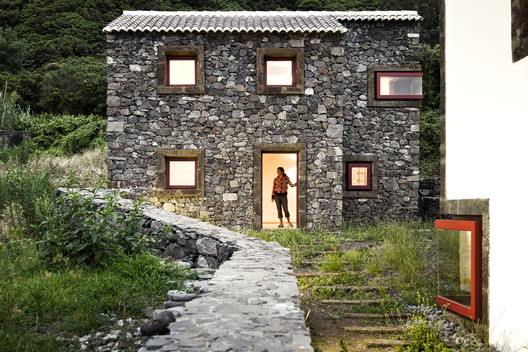