Save
Chapel In The Woods / Studio Zermani e Associati 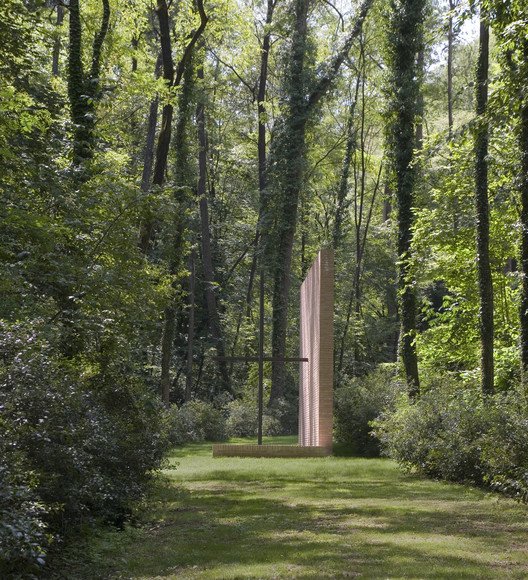 Text description provided by the architects. The project creates a place of prayer closely connected to the existing reality in the historic hilly landscape of the route of the pilgrimage of the Romea road, still marked by the thirteenth-century stone sundial engraved on the wall of the ancient hospitale of Casa Faggi, located nearby. The path between the house and the forest, which stretches for about three hundred meters, shows the small construction.

The long prospective strip is the appendix of the park, between the river on the left and the mountain on the right, becomes the focus point in the distance, the new symbolic element which is a wall fragment and a cross. Inhabitants or visitors walk towards it. The intervention is constituted by a wall of mt. 9 x 6, which supports an iron cross of similar height, and a seat.

In plan we can see a point and two lines. The wall is constructed at the edge of the slope which climbs to larger shares. The cross is planted on the opposite side of the slope, facing the canal of Moglia and the road that leads to the shrine of St. Lucia and the ninth century's Castle. The construction is composed of several elements that enhance the existing landscape morphology: people coming from the house, or village, pass under the cross or stop there. Two symbolic elements: the wall and the cross get a ritual feature. Every day the morning sun illuminates the cross in a direct way, gradually projecting the shadow on the wall.

Only when the sun is higher, before disappearing behind the mountain, the shadow of the cross reflects on the ground for a short time. By the construction point of view the building is made of light pink bricks that are typical of this area were still exist kilns clay. The cross is made of HEA 120 mm. beams rust-colored like the ferruginous water of Moglia stream. The existing house and its context represent the microcosm, through the cross, of the river and the mountain, water and earth. 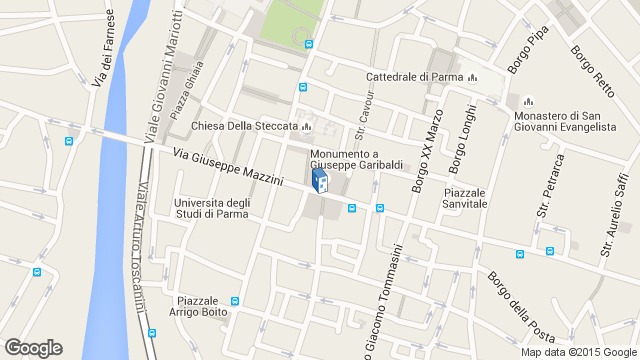 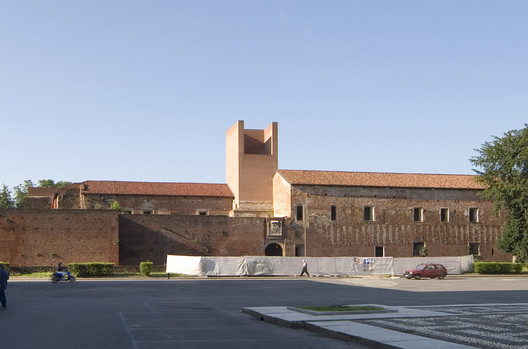