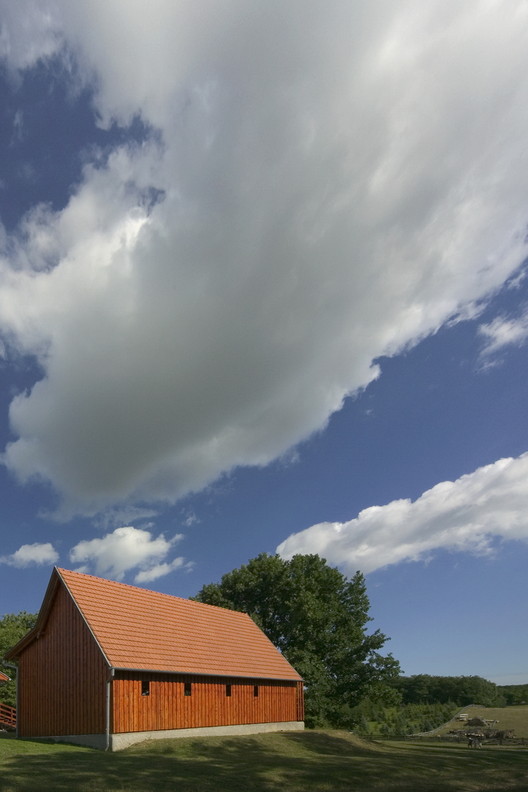 Text description provided by the architects. There is a place in Hills of Zala in Hungary which is called Franciscan child farm. It can be reached on a forest track near to the village Kisfakos.

The farm was founded in 1993 by a small group of Franciscan monks. The idea of creating a place for groups of children to deepen their faith and social relationships came truth: a field of 1,5 ha was offered to the Franciscans. Since that time the farm was developing gradually till its present state from cometition money and offerings, thanks to the altruistic work of many helping people. The buildings are created by the own hands of the founders and their freinds: first the summer accommodation, than the reconstuction of the old farmhouse and finally the chapel with the community space. The farm is used as a forest scool much like a shelter, a tiny island for groups from all over the country. These students, families and scouts has give the chance to recognize themselves and the created world around them. The power of the forest, peaceful patience of the dometic animals open them up, revealing everything human in them, that has been eclipsed by the society and teach them not to be affraid of life.

The chapel found its evident place. The two huge oak tree sign and protect the place as towers. The faith of the chapel and the trees is connected by now, the built- and the natural church are touching each other. The proportional mass of the building and its roofs’ contour has drawn themselves in the landscape, closing the space of the courtyard bordered by the buildings of the farm. Each opening of the building is framing one of the misterious creatures of nature, shaping space and time each steps. Being inside and outside can be experienced at the same time.

The task was to design a low-budget building, which is able to fulfil – besides its „profan” use – the sacral function of the chapel. The adytum is signed – besides the altar – with austere tools, like the bigger air space and the wood boarding continued in the interior. Through the opening of the south facade the view opens to the huge oak tree and the fields in the front. 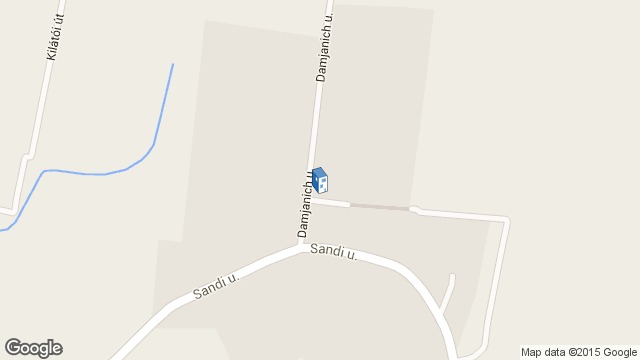