Save
House rehabilitation in Bellaterra / YLab 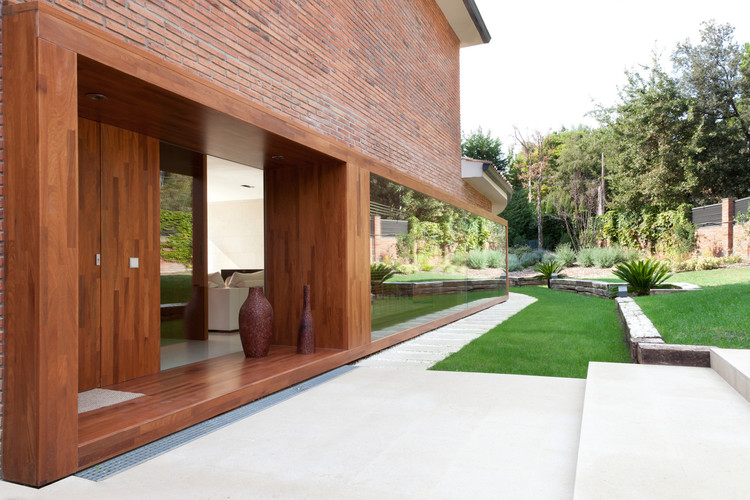 Text description provided by the architects. The project consists in the rehabilitation of a single family house and its outdoor space located in the beautiful residential area of Bellaterra, in Cerdanyola del Vallès, close to Barcelona and in the surroundings of the Collserola natural park.

The owners, a family that loves light and spacious interiors, bought the property because of its fantastic views, but knew from the beginning that the house needed a radical rehabilitation that would transform the building and its outdoors.

The original property, located in a plot with a strong slope, consisted of a 442 m2 house divided in two floors and an underground level. Both the garden and the house were showing considerable problems that had to be solved. The house had a very irregular and angular brick work volume, with porches and windows in many different sizes and poor exterior connections. And the outdoor spaces were badly designed, with a back garden which was in a much lower level than the house and it ended in such a strong slope that was very difficult to use or enjoy. Finally, the inner distribution was narrow and dark, with many different small rooms and long corridors.

The proposal aims to unify the exterior aspect of the house. To achieve this, the dimensions of the existing porches and windows were adjusted and some new windows were opened to allow daylight to flood in. On the north side, the front façade, which was almost blind and had a narrow and useless porch, required a more radical intervention. For that, the porch was eliminated and the façade level was moved forward occupying the porch space and making the living room bigger. A large 13 meters Niangon wood window appears in its place, integrating the access door and connecting the living room with the front garden.

On the back garden, a series of terraces were created as an extension of the house, to soften the slope of the plot and make all the gardens usable. The first terrace is situated at the house ground level, covered with bushhammered Sabbia natural stone and partially cantilevered over an Ipe wooden terrace and an infinity pool. A wooden stairway leads down to the terraced garden, closed to the Sabbia stone wall of the pool.

Regarding the interior distribution, the proposal chose to empty the house interior and offer a new contemporary functional program; creating large spaces formed by different interconnected ambients, with large central vestibules for access and vertical communication which join the spaces on both sides without using corridors.

The ground floor is formed by a large living room with a dining area, subtly separated by a big Sabbia natural stone fireplace, and a kitchen at the back. The living room opens up toward the back terrace through large sliding glass doors that can be fully hidden inside the façade, and also toward the front garden through the large wooden window. The result is a very luminous inner space with many visual connections to the outdoor space. In that same floor, on the other side of the entrance vestibule, there is a more private continuous space formed by a family room, an office and a music room that can be separated from the rest by two large sliding doors. 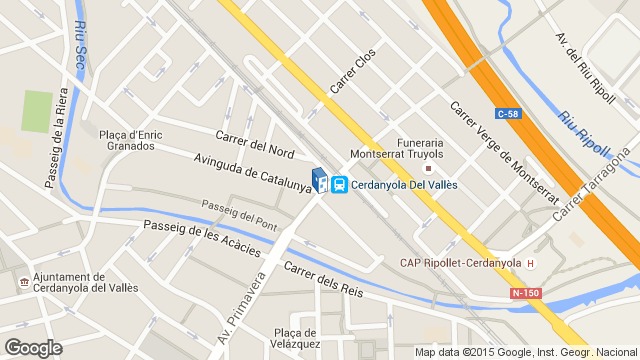