Save
The Church of St. Aloysius / Erdy McHenry Architecture 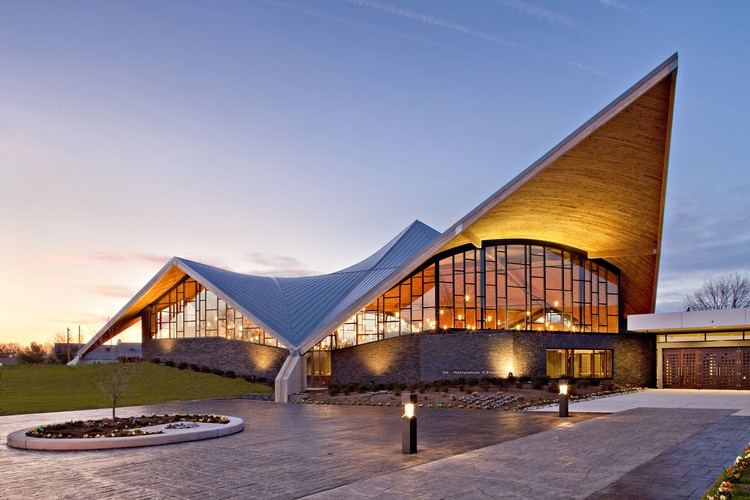 Text description provided by the architects. The new Church of Saint Aloysius tells the story of its purpose through its architectural expression. Two significant conceptual explorations gave form to the design for this church: “re-pitching the tent”, expressed in the delicate soaring roof lines evoking the concept of simple worship and the Four Devotions of Saint Aloysius: Blessed Sacrament, Passion of Our Lord, Love of Our Lady, and Choir of Angels, which sit within the church adjacent to the large concrete buttresses anchoring the roof.

The project began as a master plan to understand the nature of the church’s needs today and into the future. The master plan addressed site circulation, service entries, expansion of the existing school and the construction of a new church for the parish.

The entry sequence exploits the social implications of gathering for worship. The relationship to parking dictates a singular approach through a series of increasingly intimate spaces preparing congregants for worship in communion with their fellow parishioners. Individuals become one with each other as they are reoriented to the altar and renew their baptismal commitment by anointing themselves with holy water from the same baptismal font used for Christian initiation rites.

Locating the Church at the front of the site allows the church to be a more recognizable icon within the community. It also creates a relationship with the existing rectory and lends to a gathering area between the church and rectory.

The hyperbolic paraboloid roof is used most often as an inexpensive solution to long-span roof requirements. As such, it is used for utilitarian purposes, such as sports arenas and athletic facilities. Both the project team and the Owner were enamored with the elegance of its form and the fluid lines consistent with those that one might expect to see in a fabric tent. The tent of St. Aloysius Church is fabricated from standing seam metal panels.

Careful consideration was given to the sacraments and their adjacencies. Also considered was the orientation of the altar and the daily chapel to the baptismal font at the entry to the Sanctuary. The floating roof structure is metaphorically grounded by the four devotions whose locations provide the foundation to both the building and to this faithful congregation. 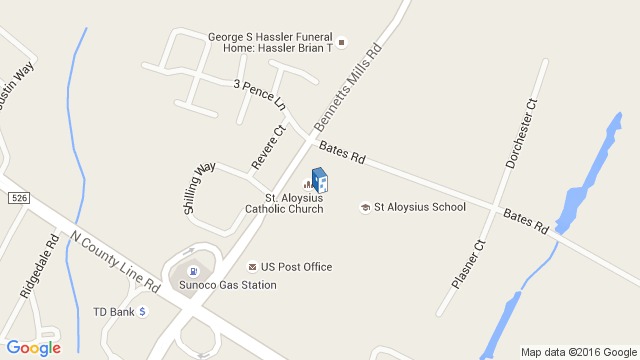 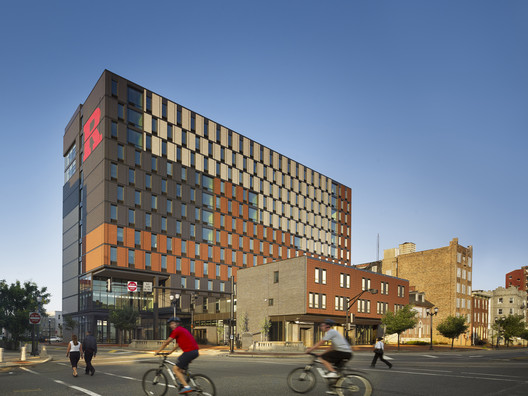 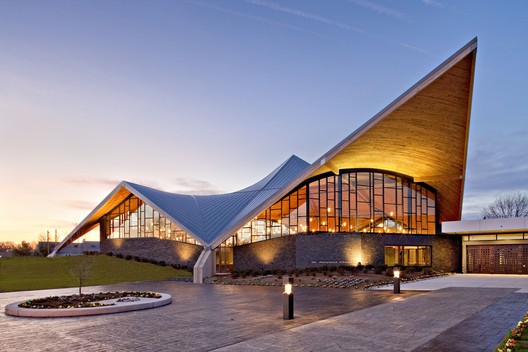