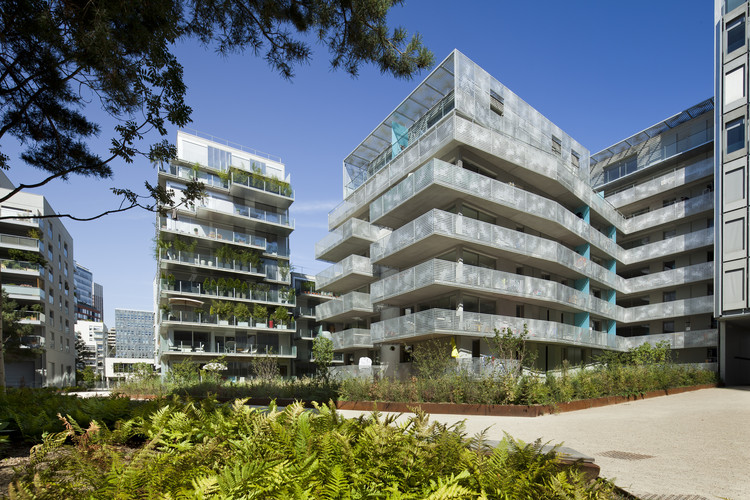 Text description provided by the architects. The project is located north of the macro-lot B3, on the trapeze, the Zac Seguin Rives de Seine in Boulogne-Billancourt. The 54 units of the operation performed for Icade Promotion housing were sold as VEFA to Foncière logements to Osica. Depending on the method used in the ZAC, the agency Philippe Dubus Architects has been appointed by all stakeholders of the ZAC, the SAEM Val de Seine, developer of the old Renault site, the group sponsors DBS,the City of Boulogne-Billancourt and the team Lispsky and Rollet, architects coordinators of the macro-lot ; in order to work with six teams selected on the macro-lot B3 and design a project of 54 units on the lot B3C.

The design and development of the project are the result of numerous discussions among all stakeholders, Town planner, owner, and workshops organized by the agency Lispsky and Rollet with the six teams of architects of the macro-lot. Templates, the volume and location of buildings are strongly constrained by the PLU, the dialing urban plan and SHON announced by Lispsky and Rollet after the consultation organized by SAEM Val de Seine.

The project is based on the requirements of the architectural and landscape architects coordinators and SAEM:
- Change of architectural writing projects macro-lot B3 from west to east, from the massive in the west to lightness in the east .
- Use of raw materials, concrete, aluminum, galvanized steel, wood, predominantly in shades of gray.
- Development of private outdoor spaces as an extension of each unit through balconies ropy.
- Treatment vegetated roofs and dressing shrines techniques.

The 54-unit project offers a reading in two stages: a able volume in T, massive and raw, self-compacting concrete, cut along the requirements of the surfaces of program, in accordance with the intentions of the agency Lispsky and Rollet and rules PLU.

This monolith is lined with a protective outer jacket, a front filter in natural anodized aluminum perforated. Private outdoor spaces in slip between the two, away from the eyes of neighboring buildings, offices and homes, providing generous 15m ² to 30m ² of living space outside for each unit, in cantilever over the gardens of the heart of the island. Architectural elements belonging to the volume of raw concrete, glass frames and sliding shutters are aluminum gray painted the same color as the concrete, to form a single entity.

The mesh sheet perforated aluminum dresses ropy balconies and attics of two buildings. Its texture, lightness and anodized finished associated with  drawing random laser cut perforations, on which hangs the light, contrasting with the gross mass of concrete background. This dual protective skin prints positive or negative on the interior, following the daylight or indoor lighting housing at night, blurring the contours reading frames of the project. 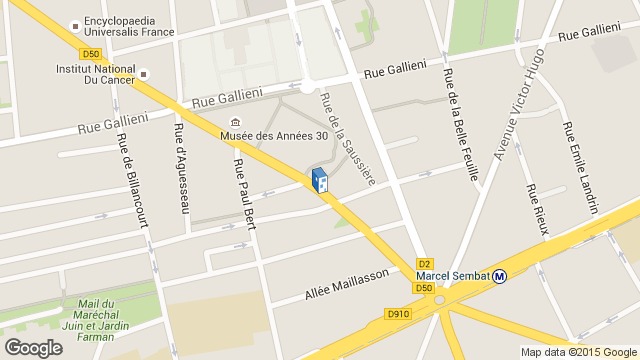