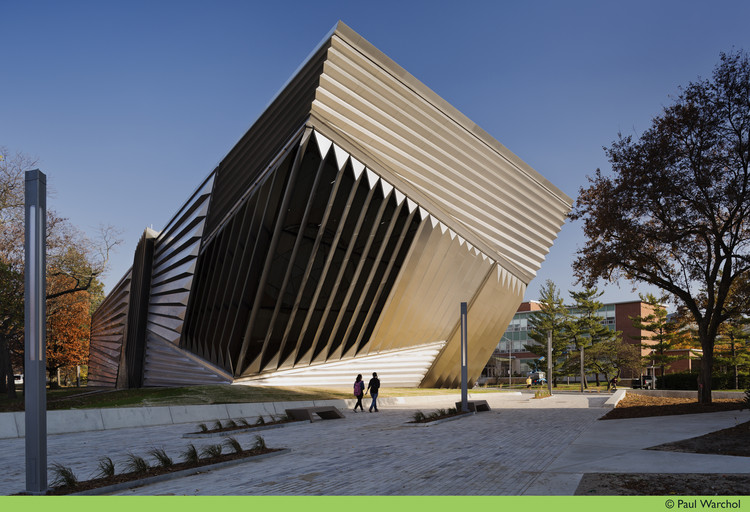 Text description provided by the architects. The Eli and Edythe Broad Art Museum, located at the northern edge of the Michigan State University campus, is influenced by a set of movement paths that traverse and border the site. The vitality of street life on the northern side of Grand River Avenue and the historic heart of the university campus at the south side generate a network of paths and visual connections; some are part of the existing footpath layout, others create shortcuts between the city and the campus side of Grand River Avenue.

The circulation travelling in an east-west- direction on Grand River Avenue, along the main road of East Lansing and also on the main approach street to the campus produce an additional layer of connections that are applied to this highly frequented interface between city and campus.

Generating two dimensional planes from these lines of circulation and visual connections, the formal composition of the museum is achieved by folding these planes in three-dimensional space to define an interior landscape which brings together and negotiates the different pathways on which people move through and around the site. This dialogue of interconnecting geometries describes a series of spaces that offer a variety of adjacencies; allowing many different interpretations when designing exhibitions. Through this complexity, curators can interpret different leads and connections, different perspectives and relationships.

These detailed investigations and research into the landscape, topography and circulation of the site, enable us to ascertain and understand these critical lines of connection. By using these lines to inform the design, the museum is truly embedded within its unique context of Michigan State University, maintaining the strongest relationship with its surroundings.

The Broad Art Museum presents as a sharp, directed body, comprising directional pleats which reflect the topographic and circulatory characteristics of its surrounding landscape. Its outer skin echoes these different directions and orientations – giving the building an ever-changing appearance that arouses curiosity yet never quite reveals its content. This open character underlines the museum’s function as a cultural hub for the community. 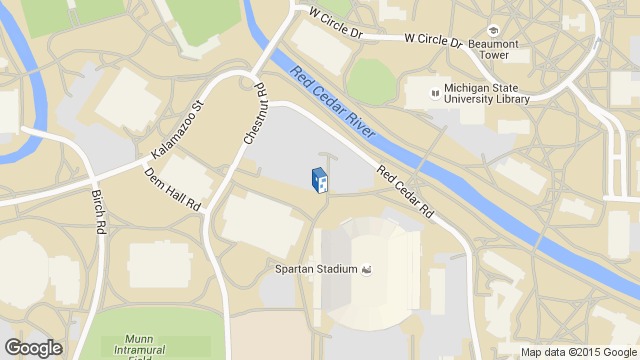 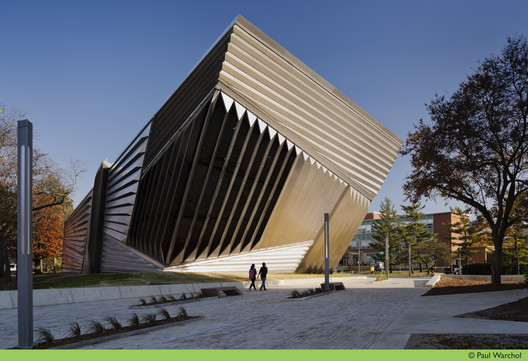