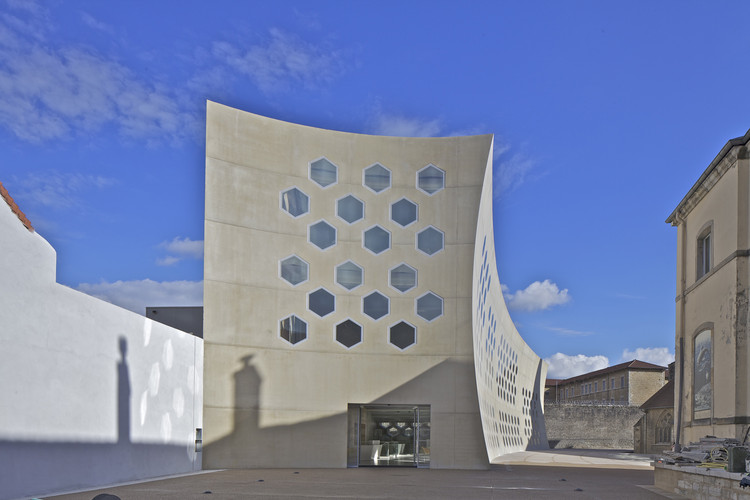 Text description provided by the architects. The existing buildings: the church, the Hotel de Balay and the wall of the prison form an impressive urban setting made up of simple lines, great mineral surfaces and imposing masses. Unfortunately, the relation that these three constructions maintain cannot be experienced from the street. Obviously, a fourth element is needed on the north side to complete the urban structure.

The missing element is the library/cinemas. The new building has the courtesy to curve itself in order to spare a public place that opens on the street. An urban respiration is created which is welcome in a very dense built context.

Like its neighbours, the lines of the new building are simple, its matter is mineral (concrete) and its presence is stated without superfluous arrangements of volumes and materials.

It draws its strength and its strangeness owing to the fact that it maintains an active relationship with its neighbours. Thus, the curvature of its southern façade addresses a direct response to the large slope of the slate covered roof of the church; the curve of its plan constitutes a natural connection between the street of Cordeliers, the new central place and the back of the church.

If it is respectful of its environment, the new building is also keen to assert its unique presence. Its aesthetic is regulated by a combination of curved lines. By this process it appears an autonomous object. Placed in front of one of his frontages, one seizes the system that regulates it, understands that it applies to the unit and perceives the whole.

The architectural expression of the exterior is found in the interior. From the entrance, one perceives the entirety of interior volume. The interior organization is of a great clearness: the various functions are distributed on three levels plus a basement for the movie theatres. 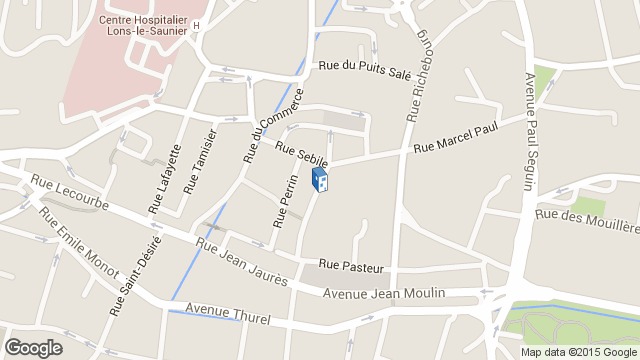 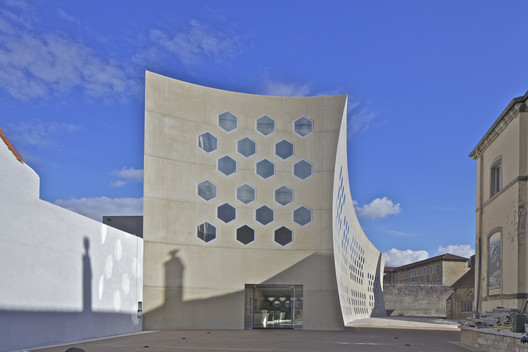