Text description provided by the architects. The school is in a rural scholastic zone and replaces the old scholastic center, which displayed a deteriorated aspect and it did not adapt to the new exigencies of program established by the Department of Education. It will give capacity to students of 3 to 12 years, and the necessity considers to separate in two differentiated blocks the infantile students (3-5 years) from those from primary.

The place, in the entrance of the locality and surrounded by industry and blocks of houses, caused that a supported abstract image in elements was adopted that try to endow scale to the building.

The position in L in the lot responds to climatic point of view in a very cold zone in winter. Thus, the building looks for the sun and the protection of the court before the north wind.

Perhaps these two conditioners mark the “closed” character of the center, accusing the image in the roofs. It looks for the outside and simultaneously we protect ourselves of him. The excessive outer light is sifted in the transit outside-inside with these elements that adapt the scale in each situation.

The traditional material of the place was used at the envelope: lime mortar and dry stone, accompanied by steel, material that accuses the passage of time of a way very adapted for rural surroundings like this one.

Inside it dominates the light. A neutral, calm bottom, adapted for education. The users will put the color. 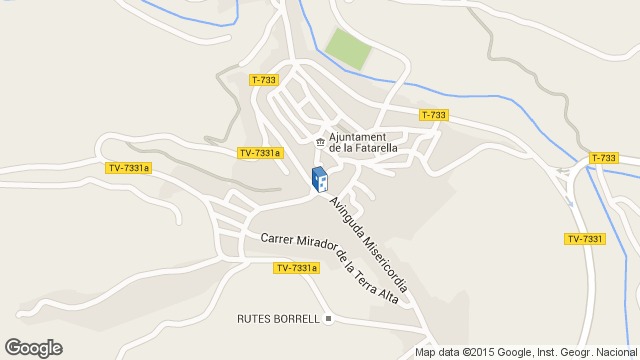