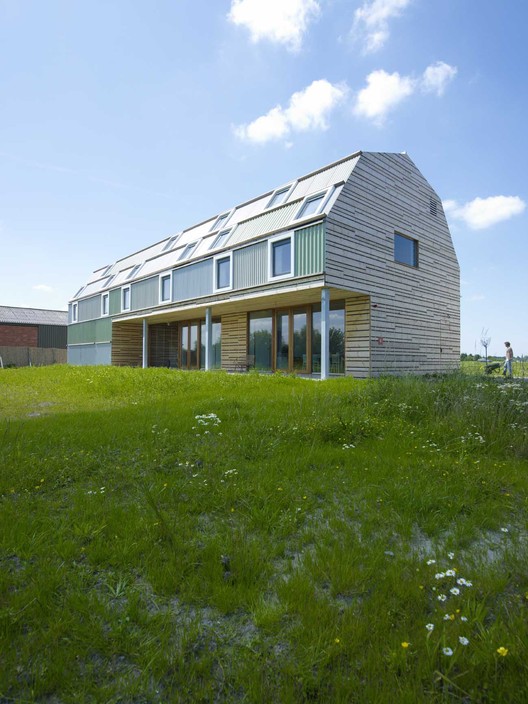 Text description provided by the architects. The Buddhist Meditation Centre Metta Vihara is located in Hengstdijk - a small village near the Belgian border - in a remotearea of the Netherlands. The inhabitants of Metta Vihara (defined as ‘community of loving kindness’ in the Pali language)are members of the Triratna Community, a Buddhist movement not aligned to one traditional school, but one that draws onthe whole stream of Buddhist inspiration. The new accommodation provides 26 beds in 13 one and two person bedrooms, ameditation hall, library, and dining hall. Form and materials used in the centre relate to the rural vernacular building, butused in a new and fresh way. As the centre is financed mainly by gifts from community members and friends, one of thedesign briefs was to maximize the the space while minimizing the cost. Our overall design concept was to design a buildingthat, while beautiful, wasn’t overly comforting. This is in line with the philosophy that, while on retreat, one should feelrelaxed, but not necessarily ‘at home’. As a result, Metta Vihara has strong aesthetics that feature robust and raw materials.

The overall form of the meditation centre is an interpretation of the so-called Mansard roof, also known as the French roof.Used throughout the area (mainly because of its low cost), the Mansard roof is found widely on houses and barns. The facade ofthe centre – along with the cladding of the roof – is made of corrugated steel, a material popular for its low cost, strength, andlong life. Typically, the drawback of using corrugated steel is in the ungraceful way it joins with other materials, specificallyat the corners and in the overlays. At Metta Vihara, however, it has been used ‘as is’: no joints and no connections. Western redcedar beams and white wood window frames mark the transitions from one steel sheet to the next, with the horizontal linesof the beams giving the building depth and profile. Three different colors of steel are used, and in three different wavelengths.Indeed at first sight, it is not at all clear what the scale of the building is: does it have five floors? Three? Two?

The same approach of using raw materials in this new way is also used in the design of the windows. The windows in thesteel skin – in facade and roof – are standard Velux windows, which are technically superb and relatively inexpensive. As withthe corrugated steel, however, there is often an aesthetic compromise in the joints with other materials. In the case of MettaVihara, though, they are framed with white painted wood, giving them a distinctive look. As a contrast to the more industriallooks of the steel, the short sides of the building and the terrace walls are cladded with wood, a robust but also warm material.For this, wood already available on site was used: the left-overs of the scaffolding wood used by the builders. The structure’sinterior consists of unfinished building materials, albeit used in a considerate – even delicate – way. Structural walls are bareunplastered lime stone. Floors are raw concrete, polished and uncovered, with the exception of the meditation hall, whichfeatures black bamboo flooring. Non-bearing walls are made of ecologically manufactured MDF sheets and are coated withtransparent colours, in order that the structure of the material remains visible. In the meditation hall, doors open to theoutside, allowing ‘open air meditation’. When closed, these doors - made of perforated corrugated steel – serve to filter thesunlight. This gives the space an intimate atmosphere, providing optimal conditions for meditation. The building has beenwarmly received by local residents, as evident in a conversation we heard between two passing cyclists: ‘this new cowshedlooks really good, but why does it have so many windows?’ 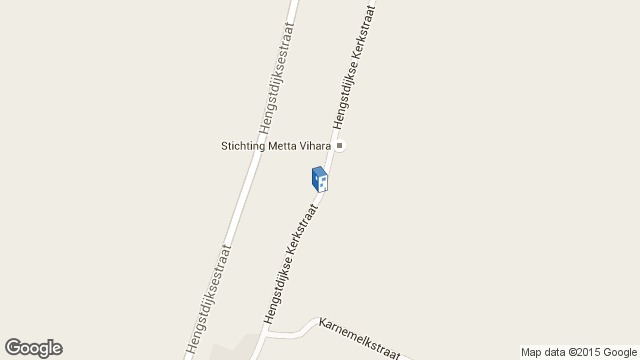