Save
Study Center in Tacloban / Workshop 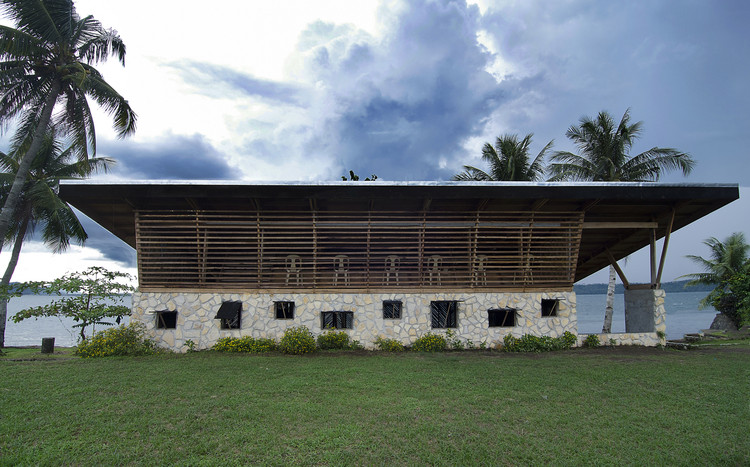 Text description provided by the architects. During the autumn 2010 Ivar Tutturen, Trond Hegvold and Alexander E. Furunes (students at the university NTNU in Norway at the time) initiated and built a study center in collaboration with a local NGO/NPO Streetlight. This organization works with the community of the seawall slum in the city of Tacloban to help their children off the street and into school. Our initial aim for the project was to use the architectural process as a tool to empower the parents to improve the learning conditions for their own children. Through a series of workshops, games and testing on site we worked together - using architecture as a platform for exchange of passion and knowledge. As architects it was a beautiful experience seeing how the mothers took responsibility for designing and building the interior of the school, while the fathers were employed to construct the building itself.  Many of the fathers were unskilled day laborers working in the local cement factory; training them in construction skills broadened their employment opportunities after the study center was completed. The project became not only about the building of a study center, but the building a community.

“Bayanihan” is a Pilipino attitude that refers to a spirit of communal unity or effort to achieve a particular objective: where everyone feels the spirit of oneness, participation and cooperation. This became the core value of our project in Tacloban, during which everyone was involved throughout the process – from conception to completion. At the point when the three of us left the Philippines, we were halfway through the building process. From this point on the mothers and fathers, with the support of Streetlight, took on the full responsibility of completing the school for their own children. For the children, the building has now become a manifestation of their parents care about them and their future. Having worked closely with Nerren Homeres (Streetlight nurse) to develop the workshops and games involving the parents, she has since continued this tradition of coming together with the mothers & fathers to collaborate in helping their children in their education.

All materials and construction methods for the building were sourced from the surrounding area to help strengthen local businesses, knowledge and crafts. We have since continued this way of working, through the establishment of a design studio called WORKSHOP. We are currently living in Northern India where we are collaborating with a local charity and the community, to build a new kindergarten for an existing school in Dehradun.

What we wanted to achieve was a charged space for the people that use the building. This is why we involved the mothers, fathers and children in the process. This space is created by them and evolves with them. The aim was to develop a space for social awareness and a belief for the future, and by the end of the process the building became a symbol of change manifested through the effort and love of the parents for their children.

”Now that the study center is finished, it looks different from the other building here in Tacloban. All of us mothers are saying that it is beautiful with the natural materials that were used. The fresh air from the ocean is nice and the place is huge and clean. All our effort, hard work and time we spent for this project are worth it! We were playing, enjoying, making drawing and having fun during the workshops, and now we saw the results of all that we did. The drawings we made is now a building..” - quote from one of the mothers.

Before traveling to Philippines we established a non-profit organization, studioTACLOBAN (now called WORKSHOP), to collect money for the project. The cost of building materials was approximately 30 000kr. Salaries and money for the workshops was another 30 000kr. The project was sponsored by Aplan Viak, Eidsberg Sparebank, Gjensidige Brannkasse Rakkestad, Gjensidige Brannkasse Eidsberg, Per Knudsen Arkitekter, Rojo Arkitekter, Sparebank 1 SMN & Øystein Thommesen. 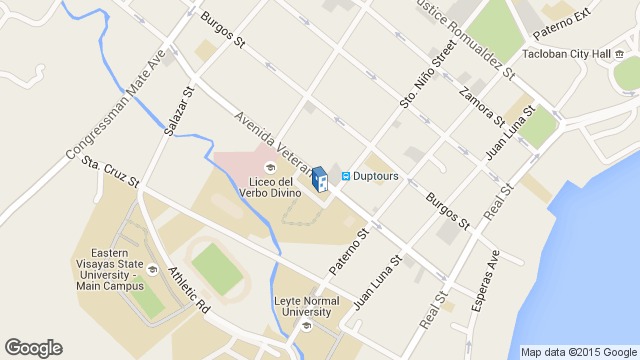