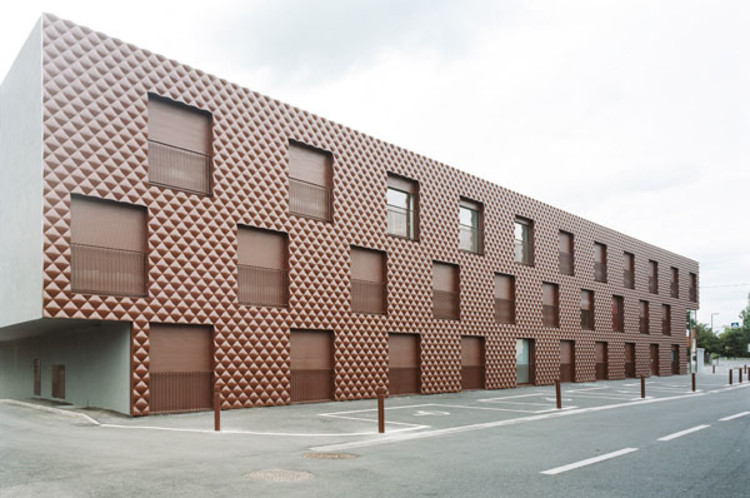 Text description provided by the architects. The conception of our project joins in a second reading of the landscape of the road of Saint leu, by integrating its history and its transformations to assert the manners and the qualities and reveal the poetry of the place. The project will have to play the role of revelation of a district in future, articulation of a split up territory, a synthesis of a town planning consisted of industrial and commercial buildings, detached flags of the last century, complexes and public equipments. The stakes are to impose a politeness on a secondary road, to desynchronize the shelf space built by the rhythm of the automobile, to modify the perception of a landscape having undergone without having controlled it the transformation of its territory. The politeness is there, but very little legible; it is a question of making it the evident presence.

The project foresees the reception on the plot of land of three autonomous and additional programs: a residence for students of 150 housing for 170 residents, 19 housing for researchers or invited professors and housing for women in distresses.

The objective is to create some social coeducation while having for each of the establishments a management with human scale benefiting from synergies between establishments. So the project foresees guards accommodation, private study rooms, laundry, space out relaxation internal and outer, gardens were fitted out with fruit trees.

In break with a territory which would be too dense to be really plant and too chaotic to be urban, the project reintroduces and prolong the morphology of the fragmented which structured the district, by four buildings of differentiated writings. Joining the geometry everything in length of the plots of land of the district, built household of wide spaces of full végétalisée ground. In this urban logic, overlaps a geographical logic with a rational orientation of the east-west buildings and the facades protected from the noise pollutions of the voices shod and of the secondary road by effect of mask.

The constructions join the size of the district, in volumes developed on more packed R+2. The volumetry of each of 4 buildings is specific to become integrated into its immediate environment, manage transitions with existing neighboring. The global density of the plot of land will be about 1.25, density which seems to us rather strong to be carrier of politeness and rather weak to be able to assure a sewing with the adjoining suburban zone.

Federative element of an ill-assorted district, the project will be urban facade on the road of Saint leu in the North, to become more paysagé and coil up in the continuity of fragmented one suburban very structured in the South. 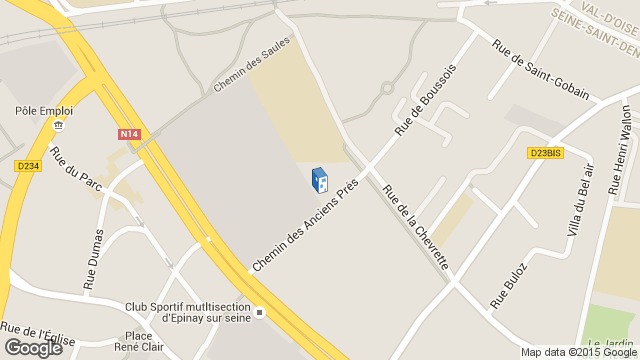