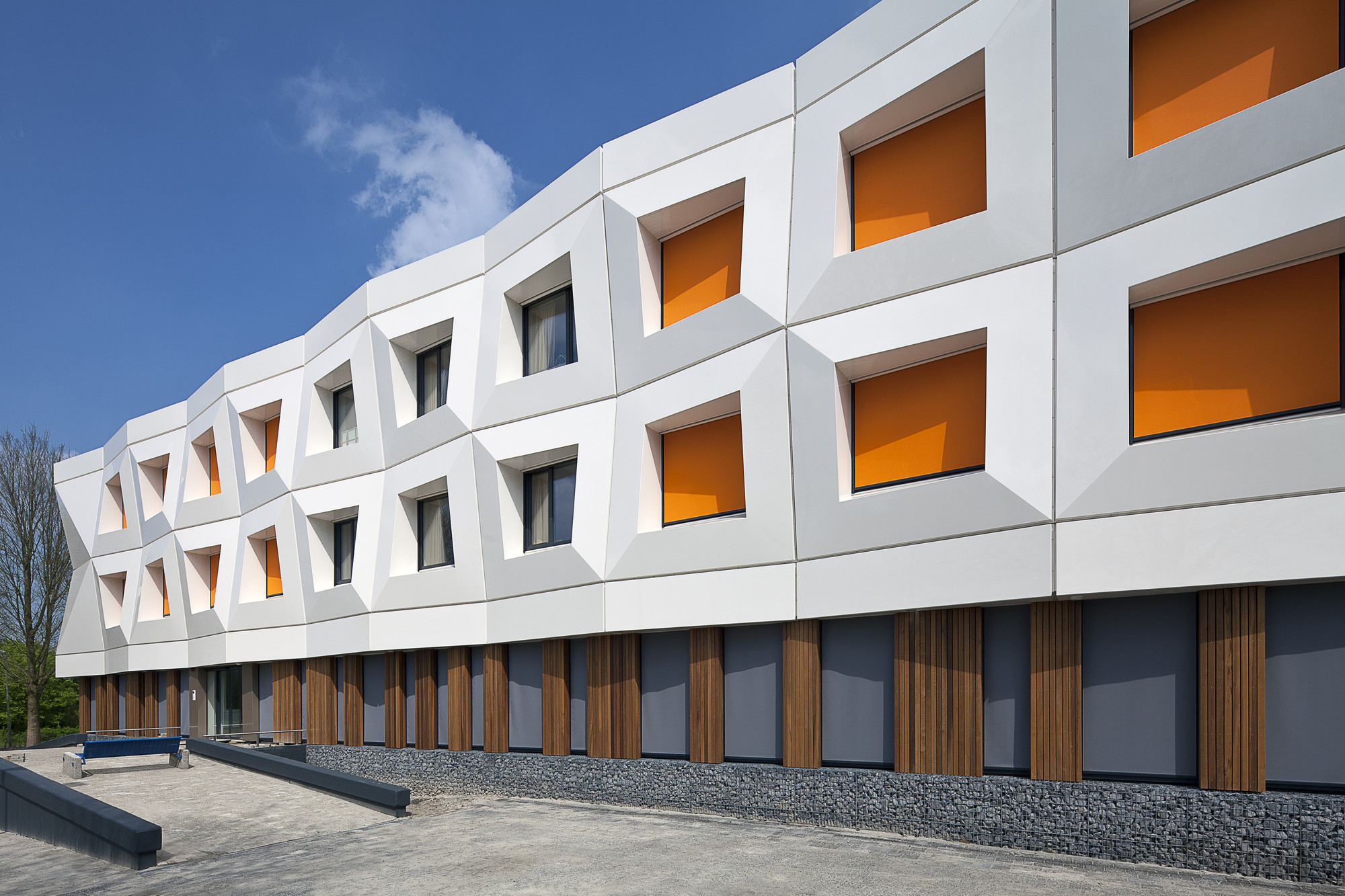 Text description provided by the architects. In the Netherlands, design, energy reduction and the fight against human trafficking come together in one revolutionary project: the ‘Veilige Veste’. Literally translated this means ‘safe fortress’, and that is exactly what it is. You cannot miss the bright white building, cut like a diamond, subtly gleaming in the sun. It is the new home for girls from all around the world that have been victims of human trafficking.

Victims of Human Trafficking: “We won’t be intimidated any longer!”
Bold, brave and safe is the concept for the new shelter for girls that have been victims of human trafficking. The Dutch KAW architects designed their new home. Not tucked away in anonymous houses in back alleys anymore, which is the way these girls are normally treated. No, these girls do not have to fear their perpetrators any more in their new home that is standing fierce in the midst of Frieslands’ capital Leeuwarden. In their safe fortress they send out a clear message: we are no longer on the run, game over, giving their perpetrators the finger. ‘Veilige Veste’ provides security and protection, so the girls can build up their lives again.

With an impressive motorcycle parade, the opening of ‘Veilige Veste’ was celebrated exuberantly. Almost fifty girls, once victims of trafficking, forced prostitution, lover boys and maltreatment, celebrated their newly built accommodation on the motorbike backseats of over 200 cops, in a tour across the province of Friesland.

Double 3D Design
The gleaming white building may look like newly built, yet in fact it is a completely renovated police office from the early 70ies. As most constructions from that time, this edifice was very poorly insulated. Covering up was the solution. The architect in charge, Italian born Beatrice Montesano, was inspired by other professions of art. The sculptor Giuseppe Sanmartino and the artist Christo show wrapping can be an art form. Christo is famous for wrapping i.a. the Reichstag in Berlin, the Pont-Neuf in Paris and of course New York’s very own Central Park. Earlier inspiration came from her birth town Napels in Italy, where she had been intrigued as a child by Sanmartinos sculpture of the statue of the Veiled Christ from 1753.

Covering the whole building with especially designed square composite elements; that is how architect Beatrice Montesano translated the work of the previous mentioned artists in the transformation of the old police station.  The strict 12 by 12 feet grid constituting the building inspired Montesano to design the diagonally angled squares, that are positioned alternately to create the diamond shape pattern that covers the building. After more than ten years in the Netherlands, Montesano is still moved by the amazing changes of light that are characteristic of the Dutch landscape. “I still think the light here is incredibly beautiful. The white façade with its subtle gleam interacts with its environment; you see the air and the trees reflected in them, changing shapes from every different angle and different time of the day.’

The façade on the ground floor is constituted from wooden panels and large windows, giving it the appearance of a building floating over ground level, which in turn enhances the concept of a fortress. The ground floor consists of 1600 m2 offices, meeting rooms and treatment rooms. The 48 girls live on the first and second floor, divided in six residential groups. These floors are the ones covered with the diagonally angled square elements on the outside. The second floor is a square built around a huge patio; a garden for the girls where they can be outside but still be safe from harm.

It might be her Italian background that made Montesano spend special attention to the patio. “A patio in Italy has a very important function: that is where the family comes together, where you relax, where you find tranquillity in a busy city. The atmosphere in the patio is always completely different from outside the building; here you sense a much more warm and intimate atmosphere.” In the patio, Montesano worked with wood and bronze materials, creating a defined contrast with the white, somewhat cool outside.

Massive Energy Reduction through Passive House
What is revolutionary about the ‘Veilige Veste’, is that this is the first large office block in the Netherlands to be renovated according to the Passive House standard. ‘Passive House’ is a standard for energy efficiency in a building, reducing its ecological footprint. It results in ultra-low energy buildings that require little energy for space heating or cooling. In this case, the fact that the former police stations’ substructure was placed outside the building, meant an enormous energy abuser to be dealt with. The substructure created a thermal bridge that works exactly like a tunnel sucking in the cold outside air. By wrapping the building with the diamond-cut square panels, the substructure is now within the building and the whole building is covered by a thick layer of insulation. At some points, the façade is over 3 feet thicker now. Thanks to optimal insulation, draft proofing and the use of very little, highly energy-efficient equipment, the ‘Veilige Veste’ consumes exceptionally little power. 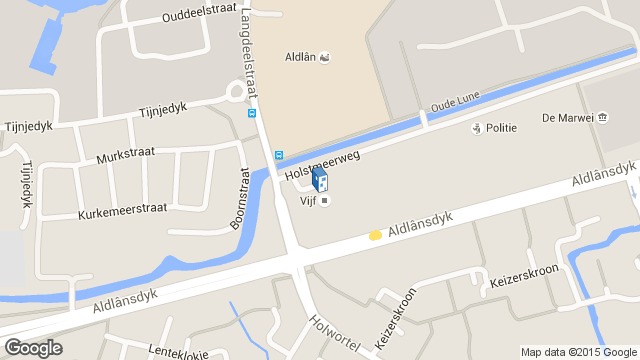