Text description provided by the architects. Bloc_10 is a multi-family housing project that strives to re-imagine and re-invent the market-driven condominium. On the site of a former gas station in Winnipeg’s River Heights neighbourhood, the developer wanted a modestly priced building designed and constructed within 12 months. The resulting three-storey, 10-unit condominium project was modeled after the ‘white-box’ concept: each buyer purchases an unfinished unit with basic plumbing, heating and electrical systems. Buyers can decide which rooms they would like distributed on each level and they can personalize their finishes to their own taste and budget.

All of the units (sized between 900 and 1300 s.f.) rise over three levels and most have two balconies. As the apartments ascend, they cross from one side of the building to the other, resulting in ten unique, interlocking layouts that feel like a hybrid between a condominium and a house. This arrangement provides views to the north and the south, and eight of the ten apartments have views in three directions. To take advantage of the maximum allowable mass for the development, cantilevered projections expand rooms, create balconies and provide support for the wooden, vertical-slat privacy screen that wraps the building’s exterior.

The screen serves many purposes. It provides each homeowner with privacy and shade and yet by offering glimpses of neighbours, it also encourages community. The screen’s slats filter views of the surroundings, playfully drawing the city into Bloc_10’s expression. The screen’s sheer texture and kinetic spirit unify the façade and give Bloc_10 a distinctive identity within the city. 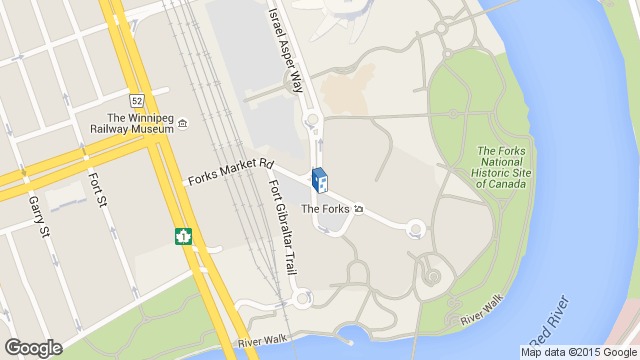 Location to be used only as a reference. It could indicate city/country but not exact address.
Share
Or
Copy
About this office
5468796 Architecture
Office
••• 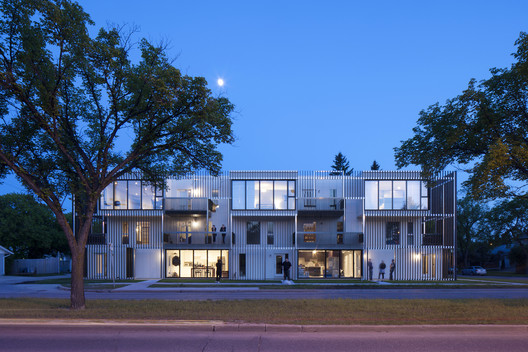