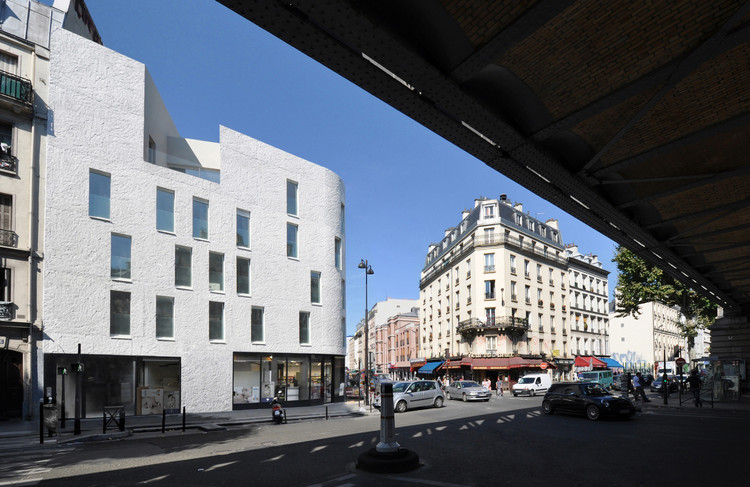 Text description provided by the architects. At the corner of the Boulevard de la Chapelle and the Rue d’Aubervilliers in Paris, this project, located near the elevated metro viaduct, includes a new building and a refurbished 6 storey building.

The two plots have been joined together and this has brought about a change in the layout of the space. The sole entrance to the project (from the boulevard) is now through a glass porch leading to a courtyard. The walls are decorated with artwork by artist Noémi Schipfer and architect Takami Nakamoto (http://cargocollective.com/nonotak#H-I-D-E-A-N-D-S-E-E-K), featuring a stylized forest with parallel stripes that echo the ironwork moucharaby adorning the inside walls.

The courtyard, a common distribution and meeting space, gives access to two hallways and to separate accommodations at the back of the plot. All the surfaces, whether they are marble gravel, floor resins, painted or coated concrete walls, or lacquered ironwork, are uniformly white and redistribute the light down to the lower levels.

The new building includes 11 flats, each facing in two or three directions. Studios and one bedroom flats are located behind the curvature of the facade. The larger flats include a vast living room space, extending from one facade to the other, and bathed in southern light, with access to a wide loggia that benefits from the calm atmosphere of the courtyard. The living room is the heart of the flat and gives access to a slightly recessed open kitchen and to one or two areas that are made up of bedrooms and bathrooms.

The city-facing façade tries to convey a certain ambiguity. It is a single uniform surface that reaches the ends of the building, and is made of patterned rough concrete. The texture is reminiscent of the sectional view of a stone. The concrete stain that colours it white as well as protecting it from the stresses and strains of urban life (pollution, graffiti, etc.) provides an abstract satin finish. On the street side, the facade goes for a simpler appearance, with the four storeys above a single, long shop window. On the boulevard, the more composite design brings to mind a refined arborescence. At the corner, a curved angle at makes the most of the continuity of the volumes, giving a new feeling to the angled corner requested by the property owner.

Part of the Parisian architectural tradition, the vertical openings offer a sleek design. Only the window glazing is visible. Hidden behind a recessed part in the concrete window frame, the aluminium profiles and the sunshades seem to disappear.

The renovation of the building has required a complete reinforcement of the supporting structures. Each level now houses a four-room flat that is similar to new constructions in their use of space. The facades, which have received a traditional coating, blend smoothly into those of the neighbouring buildings. 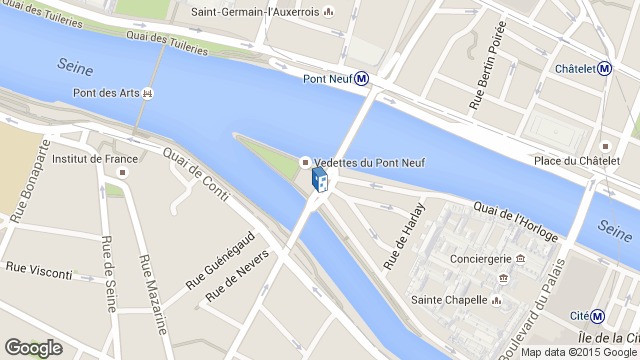 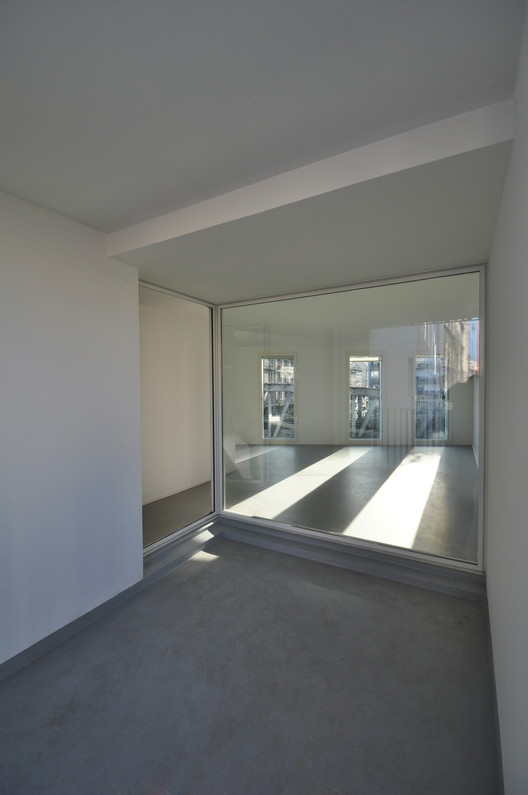