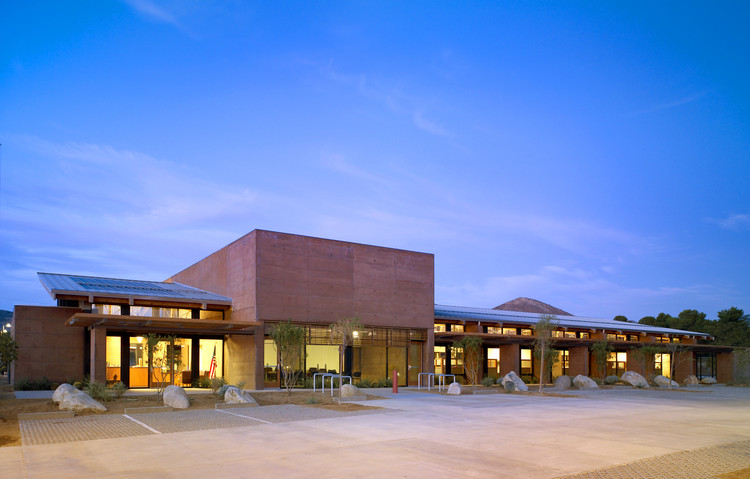 Text description provided by the architects. Situated in the AntelopeValley, along the Western edge of the Mojave Desert, the Mojave Rivers Ranger Station is designed for administrative and fire personnel from the USDA Forest Service Mojave Rivers Ranger District.   Both client and architect aspired to achieve a building appropriate to its context and to the function of the agency. In keeping with the Forest Service’s principles, the ranger station is designed to convey the agency’s roots as an institution with "an ethic of conservation and stewardship, a close tie to the land, and an orientation of service to current and future generations.” The result is a facility whose form and aesthetic is largely shaped by its desert site and climate.

The Ranger Station adapts to its desert context in a number of ways. Deep roof overhangs shelter the interior from harsh direct sunlight, while operable windows along the north and south walls permit air circulation through the largely open office areas. A narrow 40’ floor plate provides optimal daylighting and cross-ventilation throughout the space.  As a result, most spaces in the building have two sources of natural daylight, and the open, light-filled central office area provides an uplifting workspace for Forest Service personnel.

Inverted king-post trusses are central to the airy volume of the interior spaces, and their laminated natural wood contributes to the project’s warm aesthetic. Like the concrete and other elements of the building, they are optimized on multiple levels to best meet the client’s aesthetic, structural, environmental, and durability goals.

The building’s earth-colored concrete walls evoke traditional desert materials like rammed earth and adobe, but are in fact made from seismic-resistant reinforced concrete. A special type of low-CO2 cement from a local quarry was specified. The concrete also gave the mechanical engineer a large thermal mass to work with.

Building on the passive energy strategies of thermal mass and a narrow floor plate, the building also has roof-mounted thin film photovoltaics, a cool roof, high performance glass, and a geothermal ground source heat pump system to precondition water temperature for the building’s heat pump. Trellises, landscaping throughout the site, and light-colored permeable paving help reduce the heat island effect. In addition to meeting the Forest Service’s goal of LEED Gold Certification, the project achieved energy performance 26.5% better than Title 24 baseline without sacrificing any performance in comfort, habitability, or function.

Aesthetically, the project complements the surrounding landscape: its low, horizontal form mirrors the expansiveness of the Southern California desert, and native, drought-tolerant plantings around the site enhance the building’s connection to its milieu. A trellised arcade along the south side of the building provides a transition zone that connects the building’s open interior to the land outside. The Ranger Station’s context-sensitive design lives up to the Forest Service’s edict that “facilities should respond to and be aesthetically integrated into their natural, cultural, and experiential settings." 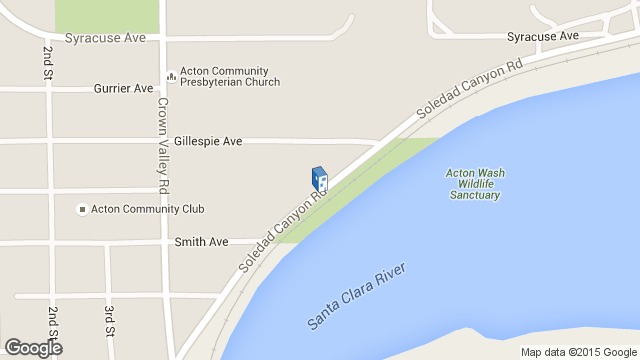