Text description provided by the architects. The apartments are developed for newcomers to the housing market. By creating a smart configuration of plan and circulation, the apartments have a maximum flexibility and size, against a minimal price. Short galleries give access to the apartments and have deep balconies or verandas.

The design concept is based on the idea that many inhabitants of Almere (originally) come from Amsterdam or have a strong connection with the city. They moved to Almere for economical of spatial considerations, but still love the specific atmosphere that is associated with Amsterdam architecture. Almere (and Almere-Poort specific) is economicallyconnected to Amsterdam. This connection is broadened by introducing the specific Amsterdam atmosphere in Almere, through using design principles and style elements from 'De Pijp' (typical Amsterdam neighbourhood).

The street façades are divided per parcel, with a classical triple division. There are small differences in detailing, colour and height. Fat horizontal lines make this very visible and emphasizethe graphic effect of staggered houses. The colour- and stone structures are less fine and warmer than common in Amsterdam, to be able to compete with the open space and harsh weather in the area.

The inner side of the block has a completely different nature. It is withdrawn from the street and has an informal character. It's the place where partners see each other coming home and neighbours meet. Short galleries stand free from the façade. Big terraces which are shifted above each other make the connecties to the apartments. This results in terraces with double height and contact with the upper neighbours is stimulated. The materialization is warm and soft, to create an informal atmosphere and make the terras an extension of the apartment.

The apartments all have (except for the corners) equal measurements. A fixed core is designed, which allows a number of plan variations, suited for different user groups. One core can be finished in five different ways, varying in space size, number and orientation. 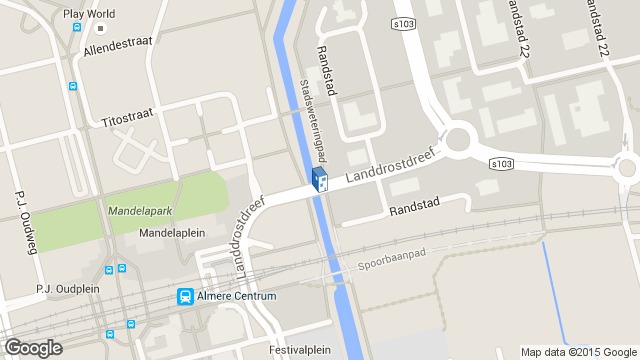 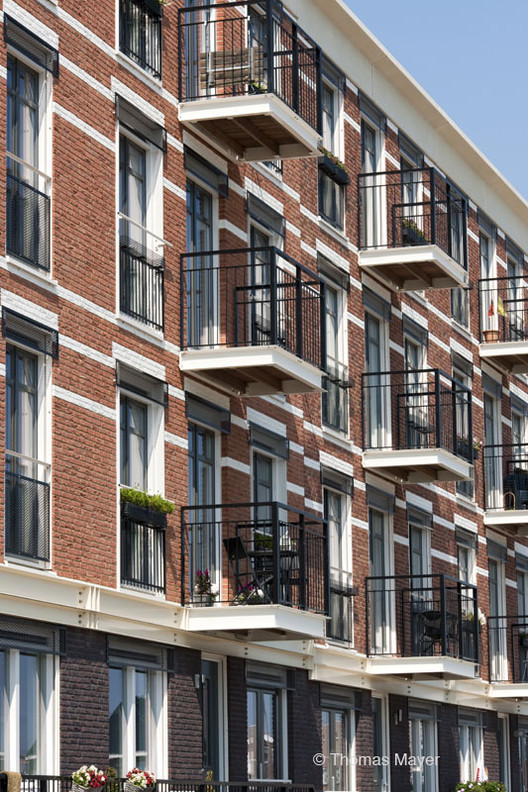